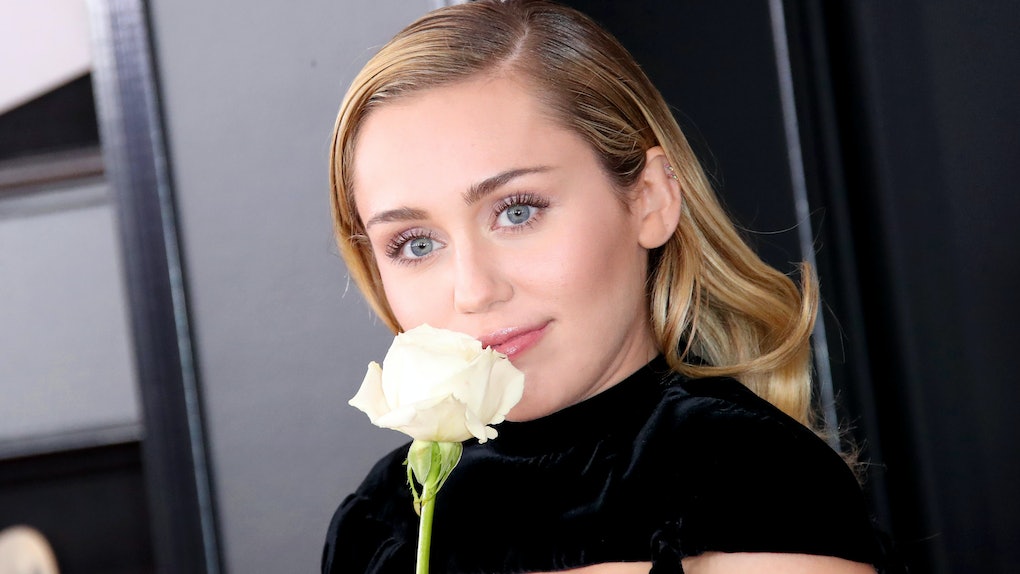 Miley Cyrus is ready to share her story with the world through new music. After months and months of teasing her upcoming album, Cyrus announced on Friday, Oct. 23, that she's scrapping her She Is Miley Cyrus record that fans were waiting for and, instead, will drop Plastic Hearts, a different record, on Nov. 27, for very personal reasons. Thanks to the singer's candidness, we've compiled all of Miley Cyrus' Plastic Hearts album details that will have you pumped up for Cyrus' most personal era yet.

Cyrus opened up in an Instagram post on Oct. 23, where she shared the emotional journey to creating the album. "I began this album over 2 years ago," she wrote. "Thought I had it all figured out. Not just the record with its songs and sounds but my whole f*cking life. But no one checks an ego like life itself. Just when I thought the body of work was finished… it was ALL erased. Including most of the musics relevance.Because EVERYTHING had changed."

Luckily, through those changes — which included Cyrus' divorce from Liam Hemsworth and the loss of their Malibu home in the Woosley Fires — Cyrus was able to find a lot of inspiration. Now, the details of her album will have you so jazzed, so here's what we know.

Cyrus announced the new title of her upcoming album at the end of her lengthy Instagram post, sharing that it's titled Plastic Hearts. She explained that the record is basically a book about her life and the lessons she's learned.

"Luckily my collaborators still had most of the music that was burned up in journals and computers filled with songs for the EP series I was working on at the time," she wrote. "But it never felt right to release my 'story' (each record being a continual autobiography) with a huge chapter missing.If it were a chapter in my book I guess I would call it 'The Beginning' which usually when something is over we call it 'The End'. But it was far from that."

Cyrus shared the tracklist for Plastic Hearts to Instagram on Nov. 13. Not only will the album feature her most recent single "Midnight Sky" and the two live covers of Blondie’s “Heart of Glass” and the Cranberries’ “Zombie," but the record will feature collabs with Billy Idol, Joan Jett, and Dua Lipa. You can check out the full tracklist below:

Cyrus posted the vintage, pink-and-black cover art for Plastic Hearts on Oct. 23. It shows her wearing a "CENSORED" shirt, leather gloves, and a lot of bulky jewelry. The photo was taken by legendary photographer Mick Rock, the artist behind many iconic photos of Queen, David Bowie, The Sex Pistols, The Ramones, Joan Jett, Mötley Crüe, Blondie, and many more.

At the end of her reflective post about the album, Cyrus announced Plastic Hearts drops on Friday, Nov. 27. "In triumph and gratitude I present to you my 7th studio record, Plastic Hearts. To be released Nov. 27th 2020," she wrote.

This article was originally published on Oct. 23, 2020