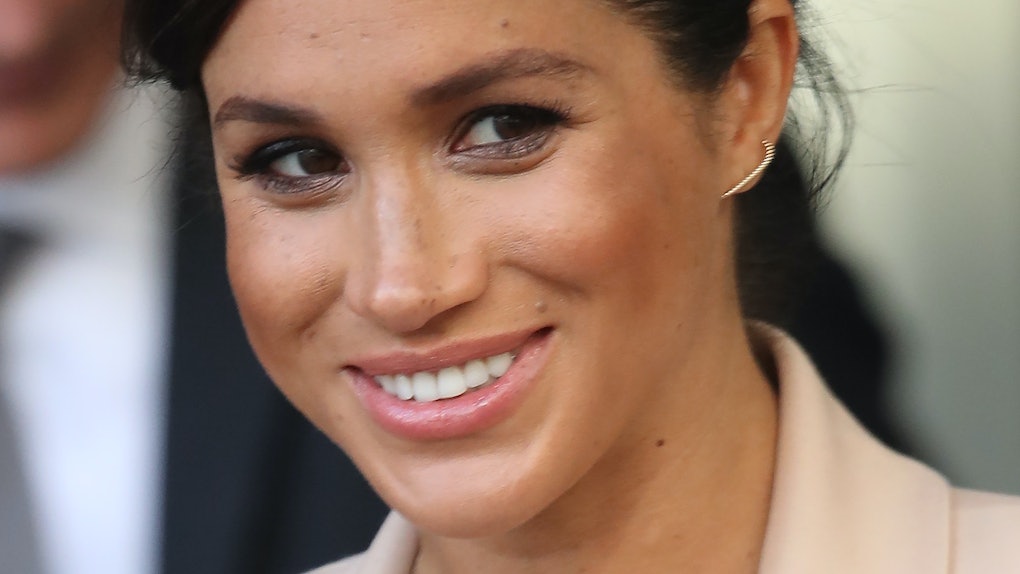 Long before she was married to the Prince of England, Meghan Markle was a single actress with a blog called The Tig. And Meghan Markle's Valentine's Day blog post from 2015 is exactly what you didn't know you needed to hear today. People reports her V-Day inspired starts off by writing, "Hook, line and sinker, I am such a sucker for Valentine’s Day.”

And not having a beau to celebrate it with wasn't going to stop Markle from enjoying one of her favorite days of the year. In fact, she asserted on her blog, “I think you need to be your own Valentine.”

She continued by explaining that she hadn't always been so great at displaying self-love. Specifically, Markle recalled a conversation she had with her close girlfriends and Suits co-stars Sarah Rafferty and Gina Torres during which they had to remind her to be kind to herself.

“Last season I was chatting with my Suits sister wives, Sarah and Gina, and was in some sort of funk, bemoaning something that was so futile I don’t even remember what it was now. But I was faaaaaar from showing [myself] self love,” she wrote.

“One of them stopped me — truth be told I can’t remember which one because they both impart their sage wisdom with me on the daily — but one of the stylish wise ones stopped me and said, ‘Hey! That’s my friend you’re talking about. Be nice to her.’ “

“They were protecting me from myself,” she continued. “From my own criticism, and my own self doubt. They were reminding me to treat myself as well as I treat those closest to me. To be my own valentine.”

Markle took their advice to heart and decided to spend Valentine's Day of 2015 treating herself with the love and adoration that she deserved.

“This Valentine’s Day I will be with friends, running amock through the streets of New York, likely imbibing some cocktail that’s oddly pink, and jumping over icy mounds in my new shoes through the salted snowy streets of the West Village,” she shared with her readers.

And make no mistake. Single Meghan Markle was an independent woman who didn't need anybody to be helping her pay for those cocktails or shoes. “But those shoes, by the way, were my gift to myself," she wrote in her conclusion. "Because I’ve worked hard, because I’m not going to wait for someone to buy me the things I covet (nor do I want to), and because I want to treat myself as well as I treat those dearest to me. Because I am my own funny Valentine."

Obviously, a lot has changed for Markle in the four years since she wrote that post. Like, you know, meeting Prince Harry, having a whirlwind romance with him, and eventually marrying him.

On Valentine's Day — and every other day of the year — it's important to remember that finding a partner does not mean having to sacrifice your independence or your ability to treat yourself with love and kindness.