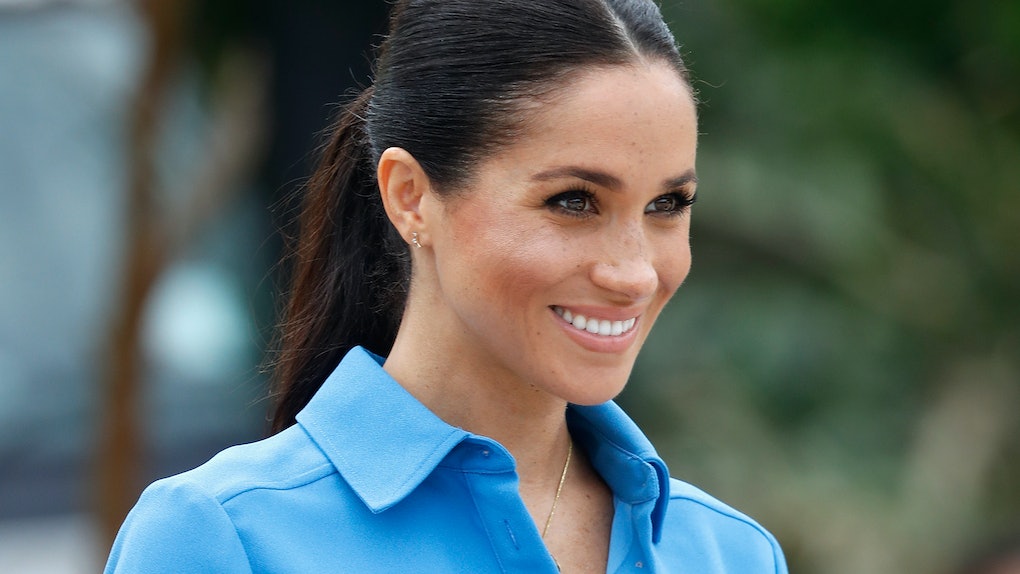 There’s reportedly been a lot of drama surrounding Meghan Markle lately. With so many rumors going around about how difficult Meghan allegedly is to work with and her supposed (and recently debunked by the Palace) feud with Kate Middleton, this hasn’t been an easy time for the Duchess of Sussex. Given how much has happened over the past few weeks, Meghan Markle’s reaction to the royal drama rumors is totally understandable.

According to Cosmopolitan, the mom-to-be is reportedly feeling “powerless” amid all the rumors and gossip surrounding her new life as a royal. Elite Daily reached out to Kensington Palace regarding the reports, but did not hear back by the time of publication.

The rumors in question have a lot to do with how Meghan is handling her new role as a member of the royal family. For example, Entertainment Tonight recently reported that Meghan is causing tension between Prince Harry and Prince William. And The Telegraph recently suggested that Meghan and Duchess Kate aren’t always on the same page. There are also rumors that Meghan is difficult to work with. So, Meghan is really having to combat a lot of negativity as of late.

In a Dec. 13 report from Us Weekly, a source close to the situation revealed that the whole situation has been “frustrating” for Meghan, especially because she’s so used to operating independently.

“It’s just been frustrating and stressful to have no voice,” an insider source explained to Us Weekly. “She’s always relied on her own voice to stand up for others, and for herself. So not being able to say anything is a debilitating feeling. She’s always been so independent, her entire life, and that’s all been taken away from her. She’s always been able to clap back on social media and now she can’t.”

Overall, it sounds like Meghan is really having a hard time amid all the rumors and gossip. And that’s really unfortunate, especially since this should be a happy time for Harry and Meghan who’ll be first-time parents in the Spring of 2019.

Instead, though, Harry and Meghan are having to navigate a difficult situation which is reportedly causing some tension in their relationship. Another source recently spoke to Us Weekly about how Prince Harry is feeling about the whole situation.

It sounds like Prince Harry is handling this in the calmest, noblest way possible and that’s comforting to know. But even still, the whole situation is less than ideal. This is definitely not the kind of thing any newlywed couple would want to deal with, especially when they’re expecting their first child in a few months. Hopefully, things will settle down as Meghan’s pregnancy progresses and she can be relieved of any stress she currently feels. She deserves a happy pregnancy, so I hope things get better!