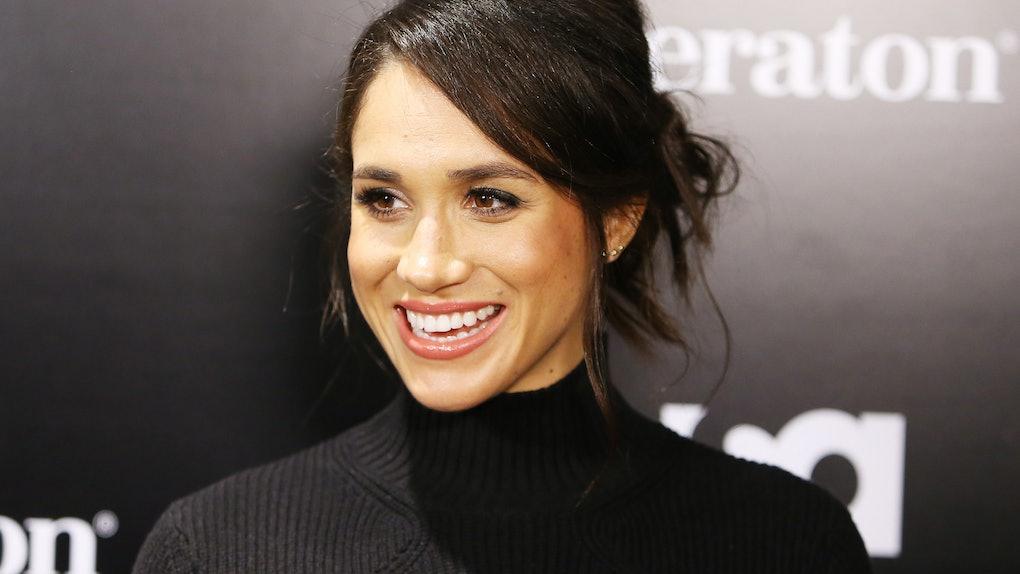 Years ago, Meghan Markle made the decision to live her life social media free. While Meghan's life still plays out in the spotlight, she's chosen to not only abstain from posting on social media apps, but also from looking at what others have to say about her in cyberspace — and for good reason. We could all learn a little something from Meghan Markle's quotes about why she quit social media.

On Oct. 11, Meghan opened up about how what was said about her online in 2019 negatively affected her mental health. "I'm told that in 2019 I was the most trolled person in the entire world, male or female," Meghan said during an interview on the Teenager Therapy podcast, noting that for "eight months of that" time, she was on maternity leave after giving birth to baby Archie. "But what was able to just be manufactured and churned out, it's almost unsurvivable. That's so big, you can't even think of what that feels like. Because I don't care if you're 15 or 25, if people are saying things about you that aren't true, what that does to your mental and emotional health is so damaging."

Days later on Oct. 13, Meghan continued her conversation about social media during the virtual Fortune Most Powerful Women Next Gen Summit. “For my own self-preservation, I have not been on social media for a very long time,” the Duchess of Sussex explained. “I made a personal choice to not have any account, so I don’t know what’s out there, and in many ways that’s helpful for me.”

But it's not just about herself. Meghan is truly concerned about what social media has become, and how it continues to affect those who use it. "I have a lot of concerns for people that have become obsessed with [social media],” Meghan shared. “People who are addicted to drugs are called users and people who are on social media are called users. There is something in there, algorithmically, that is in there, that is creating this obsession, that I think is very unhealthy for a lot of people."

Meghan isn't naïve. She knows many people use social media for their brands and businesses, so she went on to give some heartfelt advice on how to balance personal and professional use.

"As you’re out there building your brands, as you are out there engaging with friends online, just be conscious of what you’re doing,” she said. “Understand that it is not limited to that one moment — that you are creating an echo chamber for yourself."

Meghan knows social media isn't going anywhere any time soon, but she's hopeful the next generation can help create a safe space for users of all ages.