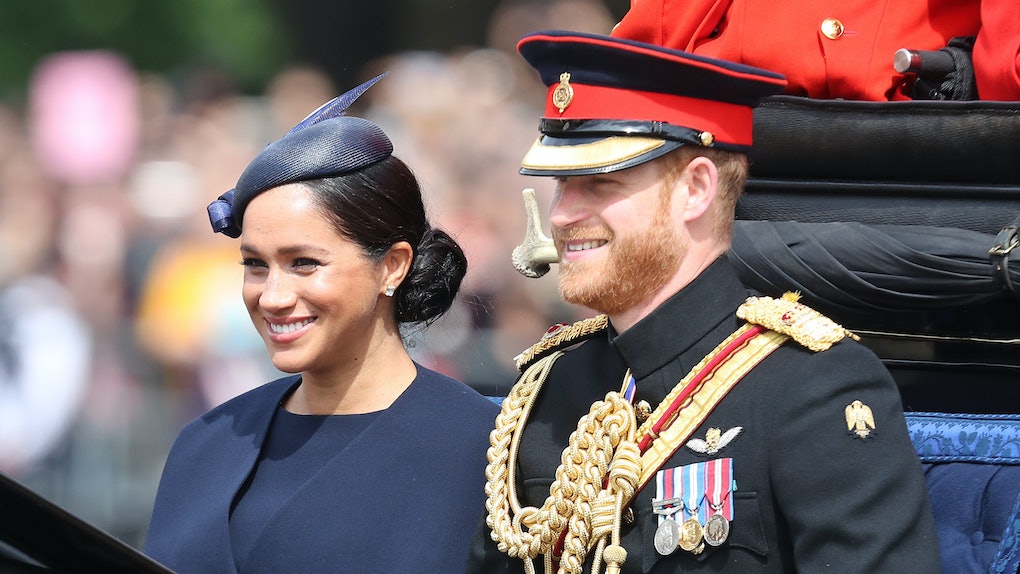 Royal family stans might remember back on Mother's Day when the Duke and Duchess of Sussex decided to gift everyone a precious snapshot of their newest arrival, who was born just days earlier on May 6. Alongside the artistic shot — which captured Markle's hands cradling the infant's feet — the couple noted that this was the mom-of-one's first Mother's Day in the caption.

"Paying tribute to all mothers today - past, present, mothers-to-be, and those lost but forever remembered," they wrote. "We honor and celebrate each and every one of you."

On Sunday, June 16, it was Archie Harrison Mountbatten-Windsor's turn to shine once again as he made a special appearance on his parents' official Instagram account. Like with his May 10 post with Markle, the tot's sepia-toned close-up with Prince Harry featured his father's hands holding him up as he squeezed his finger. However, followers were able to get a look at the 6-week-old's face in the shot, which confirms that the youngest member of the royal family is just as adorable as rare glimpses have suggested.

"Happy Father’s Day! And wishing a very special first Father’s Day to The Duke of Sussex," the couple captioned the heartwarming image.

It's been a whirlwind past month for the couple, who introduced the newest member of their family to the public just days after his arrival and have been in a "sheer state of delight" ever since, the Chairman of Prince Harry's charity Sentebale said in a May 24 interview with People.

From the sounds of things, fatherhood definitely agrees with the Duke of Sussex, who gushed that welcoming Archie into his home was "the most amazing experience" shortly after Markle gave birth.

"It’s great. Parenting is amazing," the prince told reporters about settling into life as parents. "It’s only been two and a half days, but we’re just so thrilled to have our own little bundle of joy."

He added, "[We look forward to spending] precious times with him as he slowly, slowly starts to grow up."

Harry's brother also got in on the Father's Day fun, which this post from the Kensington Royal account on June 16. With a two-picture post, the official account of the Duke and Duchess of Cambridge shared a simple caption that read, "Happy Father’s Day!" It was accompanied by a picture of Prince William and Prince Louis, his and Kate Middleton's youngest son, and a photo of William from his royal service days with his own father, Prince Charles.

Father's Day is somewhat old hat to William now, since his eldest son, Prince George, will turn 6 next month.

As for Meghan and Harry, it looks like they're diving right into the traditions that accompany new parenthood. Judging from the pair's latest Instagram post, it looks like they're already spending plenty of precious time with their newborn and the father-son duo couldn't seem closer. Happy Father's Day, Prince Harry!

More like this
Meghan Markle & Prince Harry's Beef With The British Tabloids, Explained
By Brandy Robidoux
Kourtney Kardashian & Travis Barker's "Pass The Phone" TikTok Is A Family Tell-All
By Abby Monteil
How To Make Lizzo's Brussels Sprout Nachos From TikTok That Are Both Bussin' & Vegan
By Rachel Chapman
Stay up to date