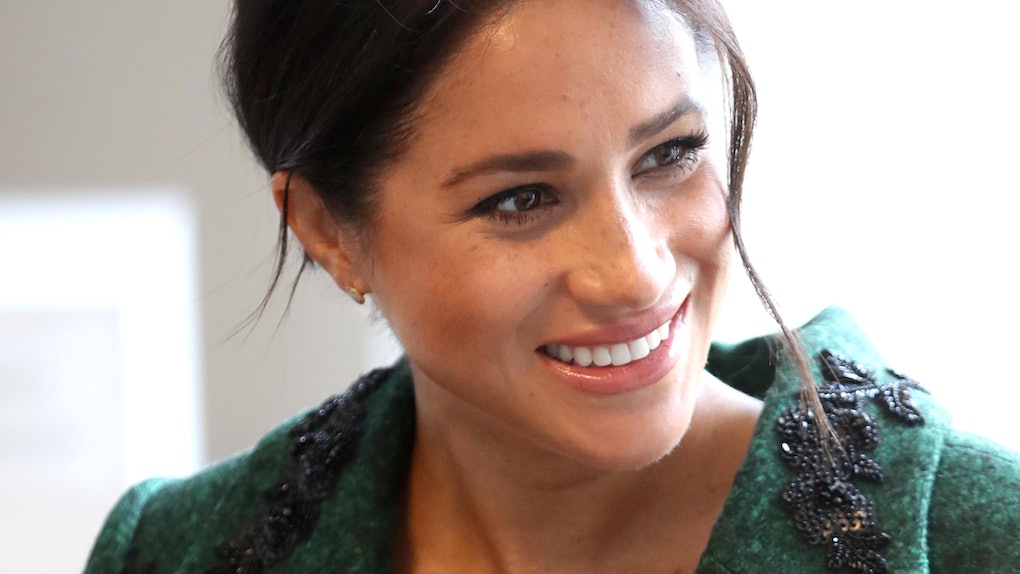 Meghan Markle Is In Labor, Finally, According To Buckingham Palace

OK, it's happening! This is not a drill, people! Meghan Markle is in labor! Buckingham Palace just confirmed that the Duchess of Sussex is preparing for the arrival of her firstborn baby as we speak. The good news came via Richard Palmer, the Daily Express' royal correspondent on Twitter on Monday, May 6.

It's hard to believe that the day is finally here. Around this time last year, the world was gearing up for the royal wedding, making the past 365 days one hell of a whirlwind for the Duke and Duchess of Sussex. Usually, when a celebrity is pregnant and it satiates my news feeds with the strength and velocity that Meghan's pregnancy has, I feel like said celebrity has been pregnant forever. However, in Meghan's case, this went fast AF. It feels like just yesterday that the world was being introduced to Meghan and Harry as a couple. Little did we know what kind of journey we were truly embarking on.

While it's exciting to know Meghan is in labor, fans shouldn't expect a big moment outside a hospital wing after the baby arrives, as Kate and William have traditionally done in the past. Meghan and Harry formally announced they will be keeping their baby's delivery private. For these reasons, the best fans can hope for today is more updates from the Palace and a few family photos in the upcoming days.

In the same announcement Buckingham Palace released saying the family would remain private following the birth, the Palace did confirm that there would be an announcement when the Duchess was in labor.

So here they are, holding true to that!

Buckingham Palace's statement announcing that Meghan was in labor came on the morning of May 6, aka the afternoon in UK time.

The Duchess went into labour in the early hours of this morning. The Duke of Sussex was by Her Royal Highnesses' side. An announcement will be made soon.

The statement was brief, but at least it's something! Considering the Palace's previous statement about the couple wanting to keep their baby's birth private, it's not clear when the announcement of the birth will be made. I imagine it will happen today, just to confirm that the baby has arrived, but whether that announcement will include the sex of the baby/the time of day it was born is still left to be seen. They could opt to be extremely private by only confirming that the baby has been born and that the baby and Meghan are (hopefully) in good health. Meghan and Harry have made a habit of not following in the footsteps of past royals, though, so who truly knows what they'll decide to reveal today?

Regardless of what's announced later today, the arrival of the royal baby is still exciting news! It really feels like Meghan's pregnancy flew by. Seriously, how are we already here?! Didn't they only announce she was pregnant, like, yesterday?!

Anyways, congratulations, Meghan and Harry! Your baby is so loved already!