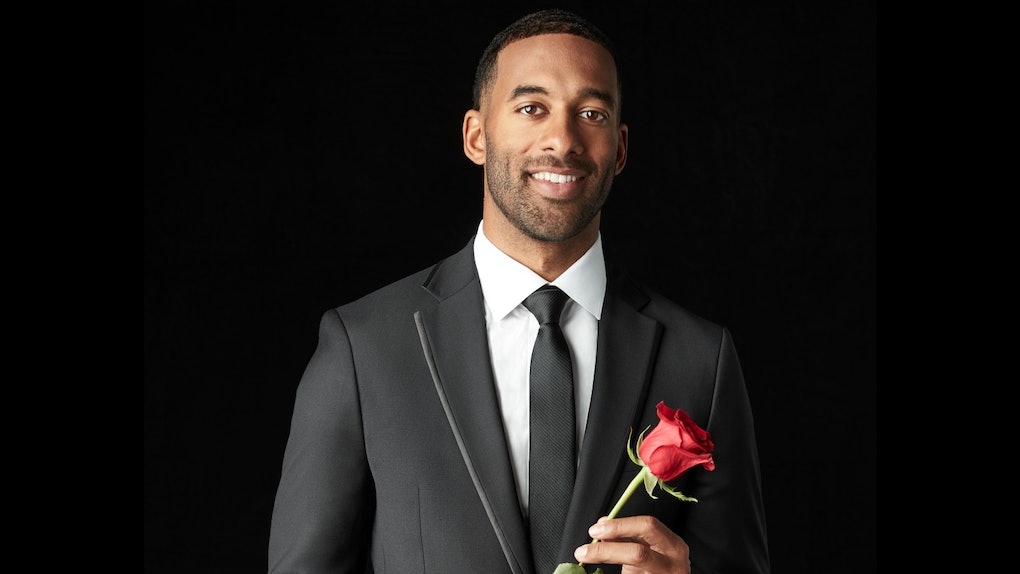 Tayshia Adams may have only just begun her search for love on The Bachelorette, but it's already time for Bachelor Nation to look ahead to the franchise's next star. Late on Tuesday, Nov. 17, ABC revealed Matt James' first Bachelor promo, and it teases a season full of sparks... both in the romantic and dramatic sense. The teaser clip also dropped a bombshell about James' romantic history, which is sure to turn up the heat even more when Season 25 premieres.

James' Bachelor season is expected to be a big one for the frnachise. First of all, James will make history as the first Black man to helm The Bachelor, coming three years after Rachel Lindsay became the franchise's first Black woman to star on a season of The Bachelorette.

Then, there's the fact that James is taking this lead role before ever appearing on any other Bachelor Nation show. He was originally intended to be part of the cast of Clare Crawley's Bachelorette season, but due to delays in filming caused by the coronavirus pandemic, ABC opted to announce James as the next Bachelor before filming on Clare's season even began. Since that big reveal, fans have been eagerly awaiting James' premiere. Now there's finally a first look at his season to hold them over.

The 30-second clip previews a rollercoaster premiere episode for The Bachelor Season 25, showing James making out with several women in a hot tub and beneath fireworks. The video also revealed a pretty big detail about James' romantic history, as he admitted to Chris Harrison that he has never been in love before.

While it definitely looks like he could find love with one of these women, things don't look quite as cozy among the contestants. The clip shows several women in tears, along with one contestant entering the house declaring "The queen has arrived," which does not seem to be very well-received.

With the premiere only a month and a half away, Bachelor Nation won't have to wait long to see what really goes down on Night 1 of James' search for love. The Bachelor premieres on ABC on Monday, Jan. 4, at 8 p.m. ET on ABC.