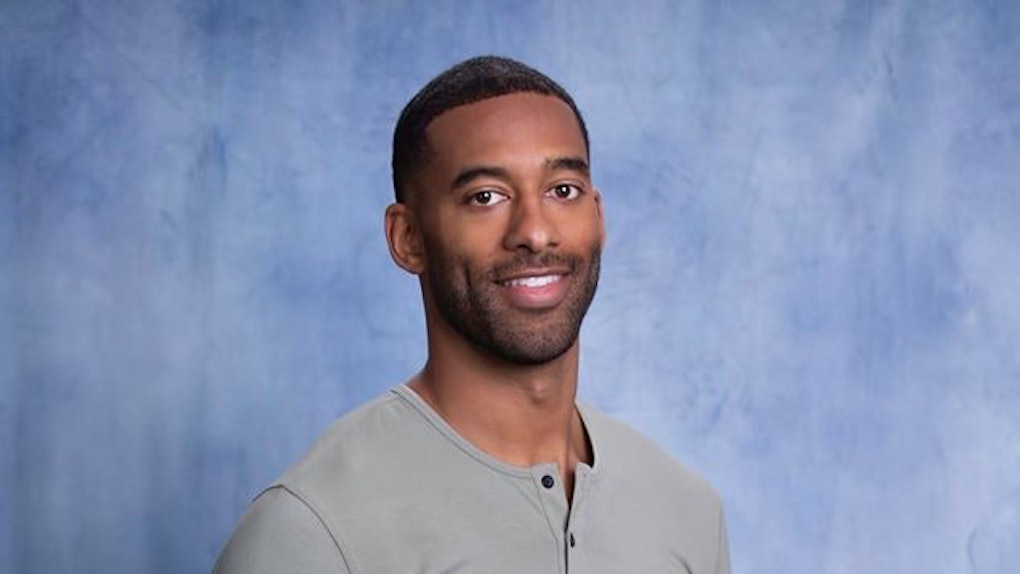 Matt James Is The Bachelor For Season 25 & He's Making History

In Season 25, the star of The Bachelor will be looking for love and making history at the same time. On June 12, ABC revealed Matt James as the Bachelor for the next season, making him the first Black lead of the franchise's flagship series since it began in 2002. The surprise announcement happened on Good Morning America, months before The Bachelor's lead is typically chosen.

Matt, who first appeared on Bachelor Nation's radar as the best friend and roommate of Hannah Brown's runner-up Tyler Cameron, was selected as a contestant for Clare Crawley's season of The Bachelorette back in March. Even then, fans speculated the 28-year-old real estate broker, entrepreneur, and founder of ABC Food Tours would be a frontrunner as the lead of the next Bachelor season. The theory was that The Bachelorette would basically be his audition for the starring role. However, soon after the announcement of Clare's cast, the coronavirus pandemic halted production of The Bachelorette, and now, while Clare's season is still set to happen, Matt will not be part of it. Instead, he'll be prepping to lead a season of his own, as The Bachelor's first Black lead.

ABC executive Rob Mills confirmed to Variety that the network has had big plans for Matt for a while now. "When we realized the shutdown [of Clare's season] was going to extend through the summer, we started thinking about how we were going to choose our Bachelor,” he said. “Matt was somebody who was on our radar and we were thinking about him. We were thinking, 'Do we announce him early, or do we put him on Clare’s season and then announce him later, if it doesn’t work out with Clare?' We didn’t make a final decision until recently, but this has been talked about for quite some time.”

However, it's impossible to look at the timing of this announcement and not think about how current events may have played a role in it. The franchise has faced criticism over its lack of diversity for years, but that criticism has become especially amplified in recent weeks, following the police brutality protests and the increased visibility of the Black Lives Matter movement. Former Bachelorette Rachel Lindsay, the franchise's first-ever Black lead and a leader in the call for increased representation on the show, said in early June that she would cut ties with the franchise if the diversity issues were not fixed. Further, on June 8, a newly formed fan group called The Bachelor Diversity Campaign launched a widely publicized petition demanding a number of actions to be taken in order to make the franchise more inclusive. One of those demands? Cast a Black Bachelor for Season 25.

“Certainly no one is blind to what is happening in the world, so hopefully this announcement serves as a bit of optimism during a time that we can really use this, but I don’t want this to look like we’re patting ourselves on the back or taking a victory lap," Mills told Variety. "We know this is a few grains of sand in a very big hourglass."

Matt himself spoke about his history-making appointment as the first Black Bachelor on Good Morning America. "I think it's a step in the right direction," he said. "This is hopefully the first — this is the first of many Black men to be in the position that I'm in now."

He went on to say: "I don't think it's ever the wrong time to do the right thing ... Hopefully when people invite me into their homes on Monday night, they're gonna see that I'm not much different from them, and they see that diverse love stories are beautiful."