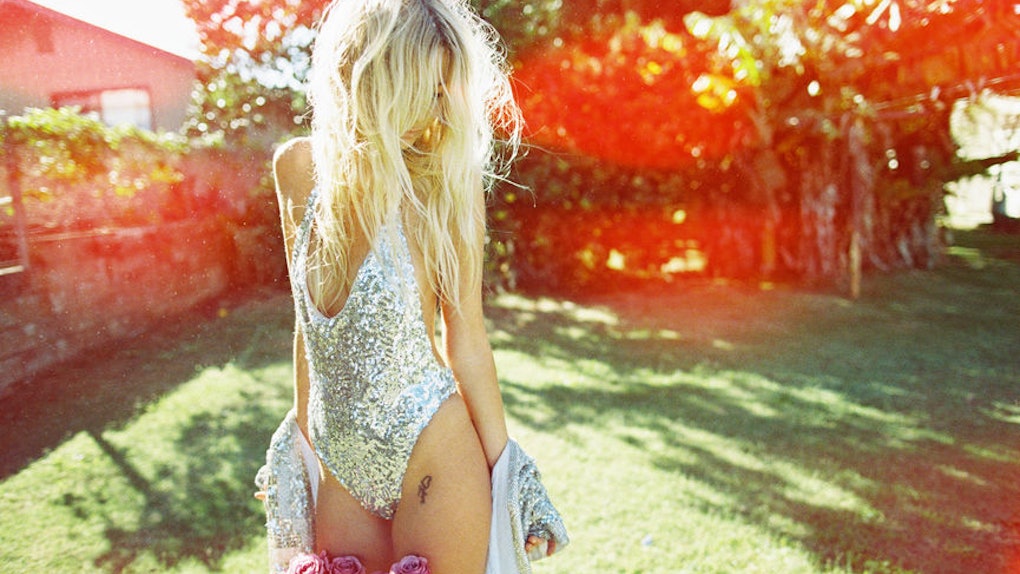 Mars In Capricorn 2018 Will Affect Your Sex Life, So Don't Take It Personally

Not so fast, my fellow stargazers; the god of war isn't finished with us just yet. Mars has officially made its way back into serious Capricorn, and the vibes have gone from stellar to stale. I'm kidding, although, Mars in Capricorn 2018 will affect your sex life, so don't say I didn't warn you. Truth is, there's a lot of retrograde energy at the moment, and Mars is the planet of action and sex, so you can only imagine the cosmic side effects. That's right, Mars retrograde does not inspire our sex lives, so don't freak out if you're suddenly feeling less turned on than usual. This is totally normal. However, before we talk sex, here's a closer look at what's going on in the cosmos:

Back in May, hot-headed Mars left structured Capricorn, and entered the sign of the water bearer, aka Aquarius. During its time here, the cosmic warrior rebelled against Capricorn's tradition, pushing us to express our individual truth while breaking the mold. Then, toward the end of June, Mars started its backwards journey through Aquarius. This retrograde period turned Aquarius' eccentric vibration inward, liberating us from stagnant routines, and unnecessary opinions. Although, in the midst of Mars' moonwalk through these stellar stomping grounds, the god of war once again came face to face with the zodiac CEO, Capricorn.

What on earth could Mars have forgotten? Why would this planet turn back? Well, for starters, Mars is highly focused and ambitious when in the sign of Capricorn. The god of war morphs into a righteous, calculated go-getter who aspires to be the best it can be. However, when retrograde, not so much. On the contrary, Mars retrograde is angry, frustrated, and lethargic. Imagine, Mars is hot-headed and impulsive, so when this planet stops moving at its usual pace, you best believe there will be chaos.

Granted, retrograde planets change everything; however, when I look to the stars for guidance, I remember that they all work together, almost like a cosmic crew, for our highest purpose. For instance, we can't just look at Mars Retrograde, without retracing its steps. The cosmos are always communicating with us, and if you pay close attention, these astrological transits end up becoming one hell of a story. Speaking of, here are a few points to reflect on, in the meantime:

Remember, when planets turn retrograde, they want us to revisit, re-evaluate, and reassess the situation. Now, Mars is aggressive and sexual, so chances are, the majority of us will revisit heated arguments that took place back in May, or perhaps a steamy sexual attraction you thought went south.

So, what exactly happens to our sex lives (and drive) when Mars, aka the planet of assertion, sex, and steamy desires, goes retrograde? Well, one thing's for sure: our libido and overall physical stamina goes completely out the door. So much so, a lot of us might even be feeling awkward, moody, and sexually frustrated. Truth is, most people tend to feel a sexual block when Mars is retrograde, and this is all totally normal. So, by all means, do not freak out, because there is absolutely nothing wrong with you.

Reflect on the following points:

Knowing where both Mars and Capricorn are located in your birth chart, can help you assert yourself, and really understand the meaning of this retrograde period. Also, for those of you who have Capricorn, Aries, and (or) Scorpio influences in your chart, chances are, you're feeling hella retrograde, but not to worry; this too shall pass.