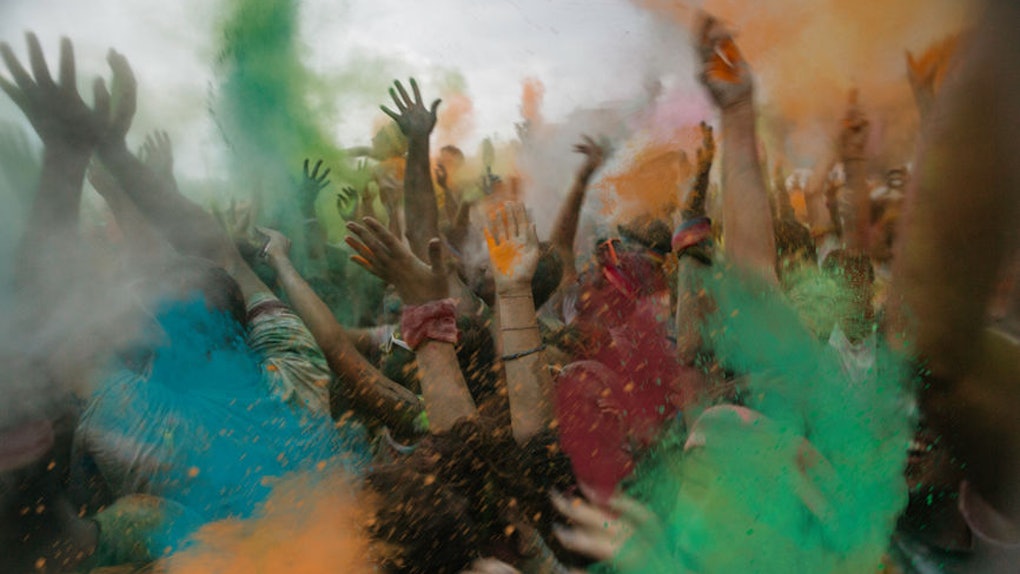 The cosmos are no joke, especially when you realize that by the end of this month, five planets will be in retrograde. Jupiter, Saturn, and Pluto are already in retrograde, but Neptune and Mars will join them later this month. Although, most of us will feel Mars retrograde more than Neptune retrograde, and there's a pretty cool reason why. In astrology, Neptune is referred to as an outer planet, considering it's 2.7 billion miles away from the earth. Neptune, alongside Uranus and Pluto, takes years to make a full orbit, hence these planets are also called "generational planets."

If you've ever studied someone's birth chart who is close to your age, you'll notice that the both of you share Neptune, Uranus, and Pluto signs. This is due to their slow-moving pace in the heavens. Mars, on the other hand, takes less than two years to travel through the zodiac wheel, and less than two months to change signs. It also sits a lot closer to the sun, which is why it's considered a personal planet.

Could we really see someone's true colors just by looking at their Neptune sign? Sure, if we study the astrological house placement, as well as the aspects it's making to the rest of the chart, but there's really no comparison to Mars' fiery influence. Now, if the chart holder just so happens to be a Pisces or someone who has a lot of contact between Neptune and their personal planets, that would definitely change the potency of this retrograde cycle.

Nevertheless, the majority of us will be feeling Mars' shift sooner than later.

The planets are celestial bodies and heavenly gods. They all have a backstory and a deeper meaning, which in turn, play a role in our everyday lives. In Roman mythology, Mars is the god of war and agriculture. In astrology, Mars represents our energy, will, and sexual desire. Our Mars sign and house placement determine how we go to war, and express our anger and red-hot passions.

On June 26, the warrior planet will station retrograde in the sign of Aquarius until Aug. 27. Given that Mars is Aries' planetary ruler and Scorpio's traditional ruler, those are who are born with personal planets in any of these signs will feel the effects. Not so fast, Aquarius! Mars is going backwards in your sign, so there's no escaping this one.

With Mars in retrograde, the universe is asking us to slow down, reassess, and reflect on the way we fight for the things we desire most. The term retrograde has a really bad rep, but there's really nothing to be afraid of. When a planet stations retrograde, it means the planet is slowing down, and its energetic theme is turned inward. In the case of go-getter Mars and his over-the-top aggression, our passions will likely be intensified during this time. Things are about to get lit, in every sense of the word.

What you should be reflecting on during this time:

Here are a few points to reflect on and re-evaluate during this Mars retrograde cycle:

Aquarius is the sign of the humanitarian, philanthropist, and social rebel. In Aquarius, Mars goes to war for freedom and individual rights. This energy is progressive, visionary, and futuristic. Granted, Mars absolutely loves to go to war, but in Aquarius, fighting doesn't necessarily need to be a physical thing. On the contrary, for Aquarius, the mind is our greatest weapon.

Take advantage of this retrograde period. Nothing is coincidence, and the planets are slowing down for a reason.