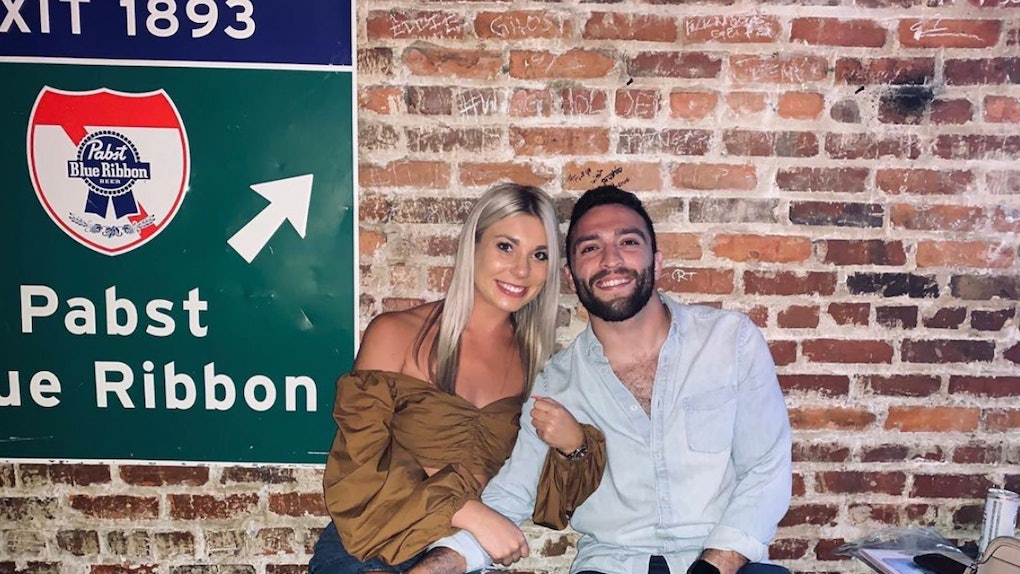 Mark Cuevas' Has A New Girlfriend & The Timing Is Fishy

It looks like one Love Is Blind star unfortunately didn't get the whole "timing is everything" memo. Mark Cuevas announced he has a new girlfriend... which would be not-at-all awkward if the announcement didn't come just a day after his ex Jessica Batten announced she is in a new relationship of her own. Batten announced she has a new boyfriend on Independence Day by posting a carousel of cute couple shots alongside this caption:

Happy Fourth! 🇺🇸 🇺🇸Freedom isn't free. I'm thankful to be able to follow my heart and choose my own happiness. I hope you all do the same!!!For those who have asked, this is why I would do it all over again ☀️ 🌈Can't wait to share some of our adventures...

Next thing you know, on July 5, Cuevas posted a couple-y picture of himself and a mystery woman simply tagged as "nope" at what appears to be a bar in Savannah, Georgia, alongside this simple-but-gushy caption, "Thankful 🌹."

I'd like to give him the benefit of the doubt and say he just accidentally happened to post the day after the ex who dumped him on television in front of millions of viewers posted about her new relationship. But also, like, how can I not point out the timing is a little suspicious?

ICYMI: Cuevas and Batten got engaged after falling for each other in the pods on Love Is Blind. Unfortunately, Batten just could not get over their age difference (at the time of filming, she was 34, he was 24), and ultimately wound up hitting him with an "I don't" at the altar. She also appeared to still have feelings for fellow cast member Matt Barnett, who was engaged to another cast member, Amber Pike.

It was all very messy and Batten was very much made to look like the villain, but after the show aired, it was revealed that Cuevas was reportedly no prince himself. In fact, a woman on Instagram claimed Cuevas was sleeping with "MULTIPLE he slept with at the studio he trained at DURING the show." Batten saw the claim and, in an exchange captured by Comments By Celebs, responded "wow. News to me. I only knew about one."

I know, I know, I know. The tea is piping hot. And it only gets more scalding from there. Apparently, Cuevas started casually dating their Love Is Blind cast-mate Lauren "LC" Chamblin, but wound up getting dumped by her when a Reddit user revealed he was reportedly simultaneously dating another women in Ohio.

The whole thing is messy and a half. But here's to hoping Cuevas has figured it out now that he's with who appears to be his new girlfriend.