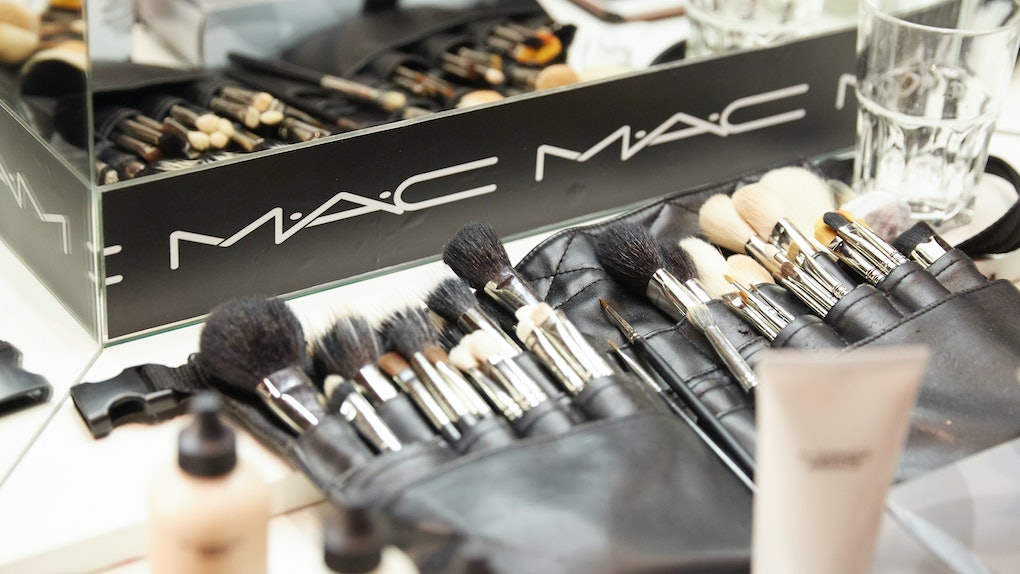 Despite the beauty industry making many strides to become a more inclusive environment for all, there are still some people who aren't on board with embracing everything on the body — namely hair, especially if the hair is growing anywhere besides a woman's head. Sadly, beauty giant MAC Cosmetics learned all about people's intolerance the hard way on Aug. 30, after sharing a post on Instagram where the model's facial hair was not edited out.

The fiasco started when Toronto-based makeup artist Matthew King posted a close-up photo of fellow MUA @nats.vibe to his personal page, using MAC's Chestnut Lip Pencil ($18, MAC Cosmetics). While his followers praised him for creating an impeccable nude lip (as they should), things started to get ugly after MAC reposted the photo — unedited — on their official page.

Like most women, the model had a few wispy hairs above her top lip — big whoop, we all do. But apparently, not editing out this minor detail had some beauty fans up in arms, wondering how MAC could let this slip. Yes, in 2018.

"What s [sic] up with the moustache?" one follower wrote, while another added, "If you shave or wax you have to keep doing and that is less appealing. And who wants a mans mustache?" Thankfully, however, these cruel comments weren't the only remarks left under the photo, with many praising the brand for the move. One woman thought the look was "gorgeous," adding, "I love that the model has little facial hair." Others wrote, "people have facial hair, get over it," as well as, "thank you for not photoshopping out her hair!"

Outside of Instagram, more women voiced their support of the raw picture as well, and one Glamour contributor, Rachel Loxton, wasn't afraid to share her thoughts with the world: "Why in 2018 do we have such a narrow view of beauty for women?" she told the publication when asked about the ordeal. "Why is it OK for men to rock up with body hair in its natural state OR with a back, sack, and crack wax and no one really bats an eyelid? Whereas if a woman has armpit hair or untouched pubic hair, it’s commented upon or viewed as some kind of statement. Why do men have a choice but women don’t?"

Thankfully, it seems as though King has no qualms about leaving a woman's natural body hair on full display in his photos. But that poses the question: Why do so many others have a problem with a woman's body hair?

According to Merran Toerien, Ph.D., who is a professor of sociology at the University of York in England, people generally associate body hair with "power and masculinity," leaving many feeling uneasy and even intimidated when a woman has her hair on full display. "It calls into question the idea that men and women are opposites, and most of society still believes you’re not supposed to blur that boundary," Toerien told Marie Claire in June.

But as far as the unphotoshopped picture goes, as Allure reported, MAC has yet to officially announce that they are pro-facial hair on women. However, sharing a photo that is untouched is definitely a step in the right direction to make things like hair less taboo in the beauty world — and in my opinion, that alone deserves a round of applause.