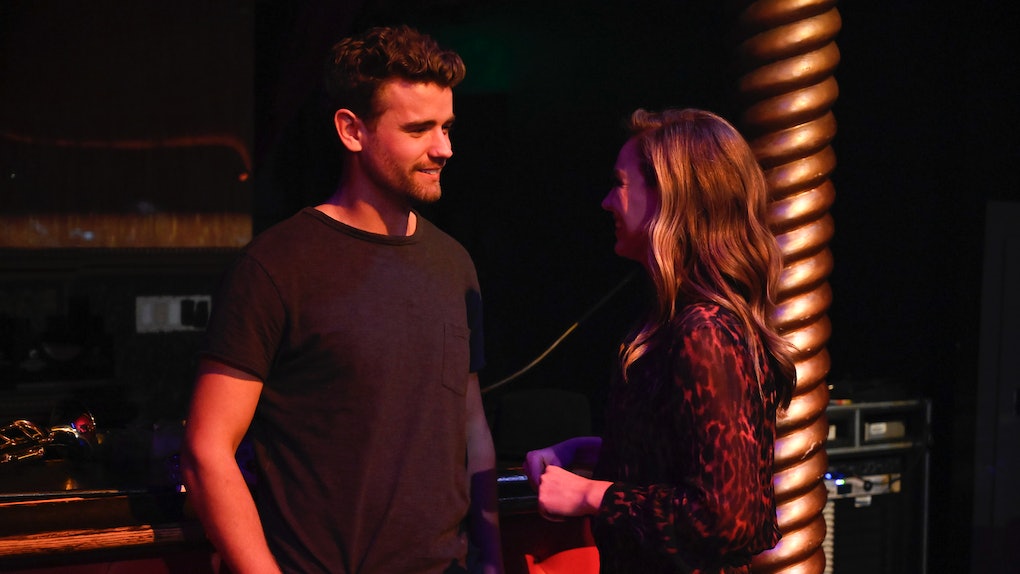 Luke S.'s Reason For Leaving 'The Bachelorette' Is Totally Valid

For the last couple weeks on The Bachelorette, it feels like it's been a little difficult to remember that there is anyone who isn't named Luke on the show. The last two episodes focused heavily on the Battle of the Lukes as Luke P. and Luke S. duked it out. In last week's episode, Luke S. called an end to his side of the fight by taking himself out of the competition. In the last episode, audiences saw a little bit of his goodbye to Hannah, but not much. But, Bachelor Nation now has more info. He recently revealed even more about why he left, and Luke S.'s reason for leaving The Bachelorette is totally valid.

On Wednesday, Luke S. appeared on Strahan and Sara to talk about his choice to eliminate himself from The Bachelorette. He told the hosts that the events leading up to his final moments took a big emotional toll on him, and that he struggled to continue to explain his side of the story. He said:

The night, the whole week, was very long, dramatic, traumatic. When you're there in the moment, you have lots of time and opportunity to explain yourself, but the situation for me kept getting more and more hopeless.

Last week's episode was filled with long discussions between the Lukes and Hannah. Luke P. body-slammed Hannah during the rugby group date, but he didn't back down from his aggressive stance even after Luke S. confronted him about it. Luke P. then went on to tell Hannah that he didn't believe Luke S. was there for the right reasons, while Luke S. denied it. The two continued to butt heads, and during his Strahan and Sara appearance, Luke S. seemed to allude to even more details that made spending time around Luke P. basically unbearable for him. "I mean, I'm only allowed to talk about certain things," he said. Hopefully fans will get to learn a little more during Men Tell All.

Luke P. is still on The Bachelorette... at least for now. At the end of last week's episode, Hannah told him that she couldn't give him a rose at the end of their one-on-one date. The episode ended with a cliffhanger, so it remains to be seen if he makes it through the next Rose Ceremony. Even though his fate on the show is unknown, Luke P. did recently post on Instagram to talk about the experience of watching himself on TV. In the caption of a photo of Hannah and him, he said:

I have learned a lot and I am continuing to learn about my flaws as a man. I’m the first to admit I am far from perfect. This journey has giving me a great opportunity to grow and mature as a man, for that I am grateful.

Luke S. has left the show, but that doesn't mean that the Luke-themed drama is over. As long as Luke P. is still fighting hard for Hannah, the battle continues.