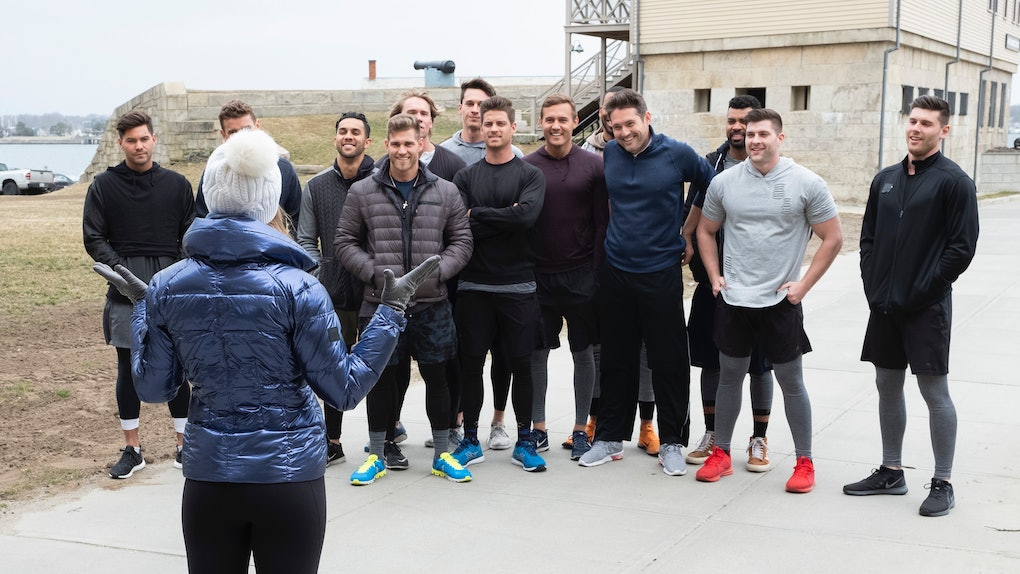 Who Goes Home On 'The Bachelorette' Week 5? Here's Who Was Sent Packing

The group date card for The Bachelorette rugby date last week read, "True love requires blood, sweat, and tears," and perhaps no truer statement has been said on this series. There's always intense competition between the men vying for the Bachelorette's heart, but this week saw the guys in the really brutally competitive environment of a rugby match. Not everyone could continue to fight it out, so who goes home on The Bachelorette Week 5? Three guys packed up their things for good, leaving 12 men still going in the battle for Hannah's love.

Last week, Hannah and the guys left the Mansion and headed east to New England. Jed and Hannah went on a romantic one-on-one date as tourists in Boston, while a bunch of the guys prepped for a rugby group date in Rhode Island. Rugby is known for being a rough contact sport, and the guys' game in this episode definitely lived up to that reputation. After a bad fall on the field, Kevin was taken to the hospital to treat a sprained shoulder. But that wasn't the end of the rugby drama. Luke P. showed off his aggressive side during the match, and it got a lot of the other guys pretty riled up. Luke S. was especially upset after Luke P. knocked him to the ground. All the tension between them led to multiple arguments between them throughout the week, including Luke P. telling Hannah that Luke S. wasn't there for the right reasons and only wanted to promote his liquor brand on the series. It all culminated in a blowout fight at the cocktail party.

At the party, Luke P. was confronted by Luke S. and the rest of the guys for his "psychopathic" behavior, as the guys called it. Luke S. talked to Hannah about what was going on, but Hannah seemed to be convinced by Luke P.'s assertion that he wasn't there for the right reasons.

"Karma is a b*tch and you're gonna get yours," Luke S. said to Luke P.

The Battle of the Lukes continued as Hannah asked to talk to both of them at the same time. But fans were left hanging and had to wait a whole week to see that conversation.

This week, the three of them started to talk it out, but the conversation between the Lukes became so heated that Hannah cut the cocktail party short and went straight to the Rose Ceremony.

Just as the Rose Ceremony was getting started, Luke S. took Hannah to the side for one last private conversation. He took himself out of the running, but not without warning Hannah to be wary of Luke P. first.

Luke P. made it another week with Hannah thanks to their "crazy chemistry" and despite his "red flags." While in Scotland, he went on a one-on-one date with Hannah where she got to talk to him about all his drama. Hannah said that she ended the date not sure how she feels about Luke P. and told him their date was the worst one she'd had. She said that she couldn't give Luke P. a rose, but fans will have to wait until next week to find out whether or not he's sent home.