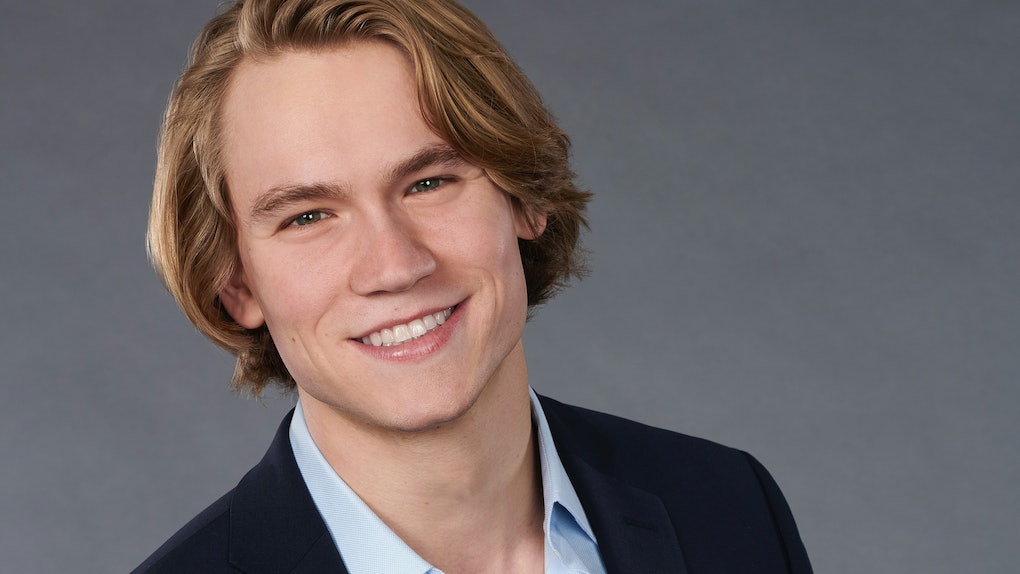 Who Is John Paul Jones On 'The Bachelorette'? Fans Are Already Buzzing About The Contestant

When members of Bachelor Nation aren't stocking up on wine or predicting Bachelor in Paradise hookups, they're probably reading the new Bachelorette contestants' bios. Host Chris Harrison confirmed all 30 of Hannah Brown's Season 15 men, and one contestant has already stood out as quite the extra fella. Who is John Paul Jones on The Bachelorette? The Maryland native seems pretty serious about his personal brand.

ICYMI, Harrison offered fans their first deep dive into the new cast via a Facebook Live video, announcing the men's names, jobs, and hometowns. Per tradition, he also dropped a few hints about how the season goes for certain individuals. When it came time to introduce 24-year-old John Paul Jones, Harrison sighed and jokingly said, "Then there's Spicoli." This is a reference to Sean Penn's character in Fast Times at Ridgemont High, but don't count on seeing a laid-back stoner just yet. Using his own nickname for the contestant, Harrison warned, "JPJ isn't as much a contestant as much as he is a mood. He's a way of life... he might be my new spirit animal."

With his occupation listed as "John Paul Jones," this contestant already feels like a handful, and fans haven't seen him on TV yet. As a sneak peek at Season 15's premiere shows, he legitimately introduces himself to Hannah as John Paul Jones and refuses to be called anything else. Check him out around the 1:07 mark of this video:

Chris Harrison may see a carefree dude, but I see a finance bro. Turns out that my career radar is strong, because John Paul Jones' ABC bio reads:

I sense a drinking game in the making.

Thanks to the amount of footage already released through promos and the season teaser, fans have an idea of which men cause trouble for Hannah. As intense as JPJ seems at first sight, it looks like Hannah warms up to him and he isn't painted as a villain. The trailer shows him leaning in to kiss her as he says in a voiceover, "I see myself at the end of this getting down on one knee." Will Hannah get to try out calling him John if that's the case?

As he shares a name with a member of Led Zeppelin, JPJ will remind viewers of a certain age of a very different kind of guy. But judging by fans' early reactions to him on Twitter, he's sure to cause a lot of buzz within Bachelor Nation.

Seeing as his Instagram page is private for now, we'll have to wait and see what the Bachelorette premiere reveals about the story behind John Paul Jones using his full name. Looking forward to your potential personalized intro on Paradise, JPJ!