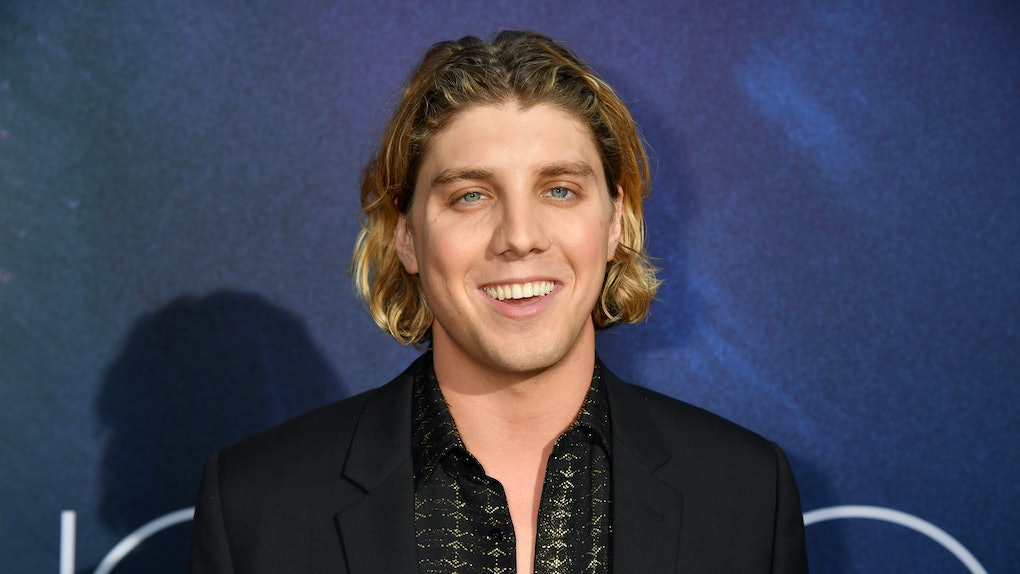 Euphoria star Lukas Gage has the internet shook due to a revealing clip. The 25-year-old actor, who also played Derek in the Hulu series Love, Victor, is the viral topic of the moment for making the move to reveal an unnamed director's rude comment on Instagram and Twitter. Lukas Gage's video of a director insulting his apartment will have you taking his side ASAP.

On Friday, Nov. 20, Gage posted a short video of one of his Zoom auditions to both his IG and Twitter account with the caption, “PSA if you're a sh*t talking director make sure to mute ur sh*t on zoom mtgings." He did not name the director, and as of publication the allegation is unresolved and it remains unclear who the filmmaker is.

The video features Gage in a Zoom audition call, and immediately, you can hear the man's voice, saying, “These poor people live in these tiny apartments." He continued, clearly thinking he had muted his audio, "Like, I'm looking at his background and he's got his TV," before Gage jumped in and said, "You're not muted."

Gage continued, "I know it's a sh*tty apartment. That’s why I need you to give me this job so I can get a better one. Alright, um, ready?"

The unnamed director chimed in, clearly embarrassed. "Oh my god, I am so, so sorry," he said. Gage replied, "Listen, I’m living in a 4×4 box … It’s fine. Just give me the job and we’ll be fine.”

Since he shared the video, the internet has been losing it by throwing out their support, including a ton of responses from celebs.

Joe Jonas commented on the IG post, writing, "handled like a champ." His wife, Sophie Turner also joined in, commenting, "That's f*cked up."

Actor Wilmer Valderrama chimed in, writing, "You're a class act. Onward, this director officially has an expiration date."

Director Judd Apatow retweeted the post writing, "As a young man I would have dreamed of an apartment like this one. Look at that sweet flat screen! The guitar! The moldings!"

Another director to weigh in on the situation was Zelda Williams, who recently directed Kappa Kappa Die with Gage in the cast. "Since @lukasgage is going viral on film twitter for being the graceful, quick-thinking sweetheart he is, I’d like to add for any (non-*sshole) director’s looking that he’s also a delight to work with, funny, talented and a blast on set. Hire this man," she tweeted.

Saturday Night Live alum, Molly Shannon, replied on his Instagram post, writing, "You handled that so well Lukas." She continued, "What a lousy thing of him to say. and here you are putting yourself out there for your audition. vulnerable. wanting to get the part etc.."

Both Gage and Shannon are starring together in the upcoming HBO series The White Lotus. Gage replied to his co-star, "I love u !!! thank god I didn't get the part because I wouldn't be working with you in Hawaii right now."

So many other people in the entertainment industry have backed him up:

Others to give him praise all commented on how well he handled the situation:

The video has also caused a lot of fans the wonder who the unnamed director might be. The most popular guess at the moment is the man on the other side of the call could have been Kingsman helmer Matthew Vaughn, but it's still anyone's guess for the time being. Whoever the director is, it looks like Gage has a ton of support from his fellow actors and Hollywood insiders, as well as from fans.