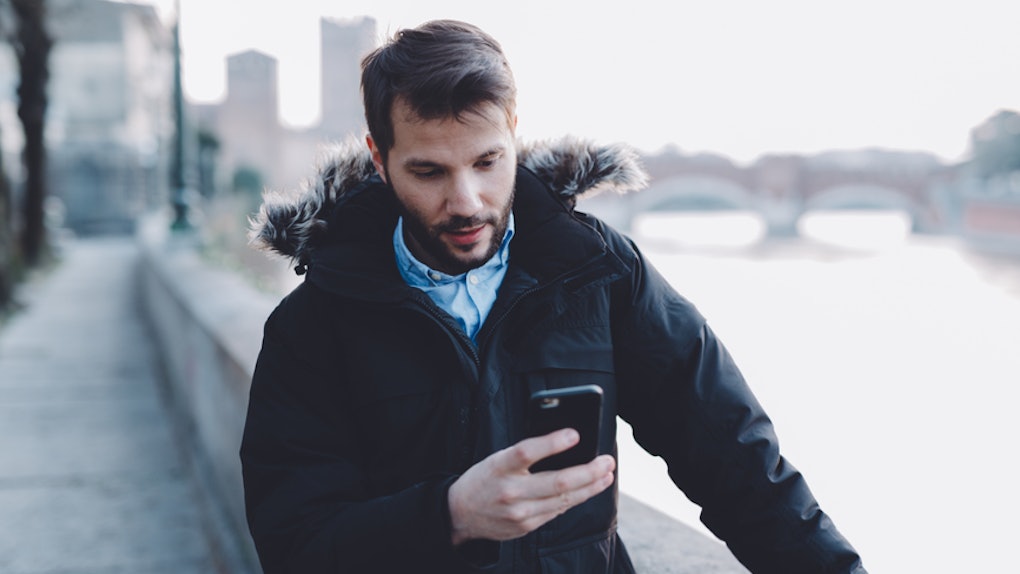 So now, we ladies can sit back, relax, and wait for the dudes who are truly interested in us to get in there and make their first move. Instead of working up the courage to find something clever to say to every match you get (though, you should still feel totally empowered to do that if you like doing it), you can just chill out and leave that stress for the dude. Worried that this will give guys too much power? Don't be. LUCK has also set up plenty of other features that guarantee the men on their app are respectful and that they're also looking for the same things as the women they're matched with.

The first measure they're taking to make sure men are held accountable for their actions? They're making them take a second to think before swiping right on a potential match. While many guys are quick to swipe right on a woman immediately or after a quick skim of her pictures, LUCK forces their male users to go through a three-swipe system that forces them to really think it through before axing or deciding on a potential match.

And that's not where it ends. LUCK is also making an attempt to stop those douchey guys who are just leading you on to get in your pants. How are they attempting to do this? Well, they force everybody to state exactly what they're looking for on the app — from something casual to something more serious — and they will only match you with someone who is looking for the same thing as you are.

Finally, LUCK is taking a shot at everyone, from those horrific guys who send you disgusting pick-up lines, like "My name's josh, but you can call me daddy," (just spit balling here) to those lame losers who can't think of anything more creative than "what's up." Basically, they're making the process for drafting their messages more intricate. They have created word puzzles that are aimed at making people think before they send those cringeworthy messages.

Their overall goal here is to bridge what they see as an "effort gap" between men and women and to really urge dudes to start bringing their A-game when they log onto their dating app. So if you're a woman who's tired of putting in all the effort for men who just don't seem to be putting in even half as much as you are, here is YOUR app. This could be your chance to find someone who actually wants to put in the time and effort to EARN your sweet, sweet loving.

Now, before you get too excited, you are unfortunately going to have to wait a bit. I know what you're thinking: "Why, Candice? WHYYYYYYY?" Well, unfortunately, LUCK won't be released until Nov. 1, 2017.

So if you're sick of or scared of making the first move on guys who don't seem to be reciprocating the same level of effort, LUCK might be a nice breath of fresh air for you.