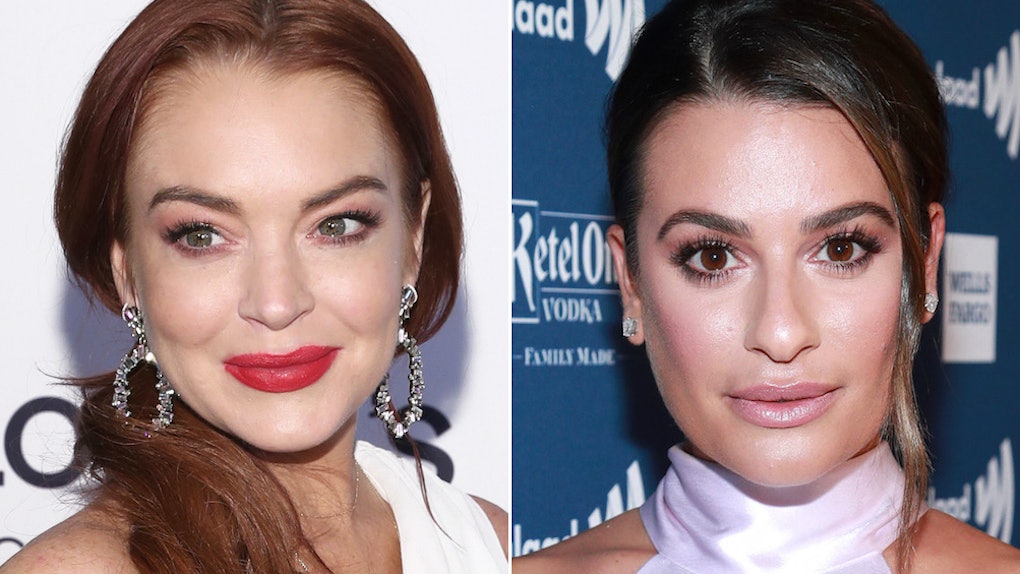 The Disney Princesses Instagram account posted about Michele's casting on April 3. "ICYMI: This is the star(fish)-studded cast of @disneylittlemermaid at the @hollywoodbowl!" the caption read. "Get your tickets to the May shows at the link in bio!"

People in the comments section of @CommentsByCelebs' post read Lohan for filth over this.

"No Lindsey [sic] you weren’t invited," one user said. Ouch.

"She hasn’t been cast in much for a while, idk why she’s confused," another person said. Oof!

I guess Lohan is upset she wasn't offered the role. It is her dream role, as her Instagram story from 2018 made clear.

Remember when she made a pitch to Disney to cast her as Ariel with Meryl Streep as Ursula? Meryl. Freaking. Streep.

The story showed a photo of Ariel and Ursula from the 1989 Disney classic with a caption that read, "My dream Role with #merylstreep."

First of all, Lindsay, Meryl Streep does not need the Hollywood Bowl. The Hollywood Bowl needs Meryl Streep, and they ain't gonna get her. Streep also already played a villain for Disney on the film side (never forget her iconic turn as The Witch in Into The Woods — yes, Disney produced that), so who's to say that she'd even be interested in playing Ursula. I mean, she is the best Disney villain out of all of the villains, so who wouldn't? (Don't even try to test me on this. Ursula reigns supreme.)

Anyway, it looks like Lohan's dreams of being a mermaid are as futile as Ariel's dreams of becoming a human were before she met Ursula. But I still cannot handle the level of shade in that simple, "Huh?"

I'm an actor myself, and now that this has happened, I'm straight-up going to say "Huh?" to every casting director who doesn't choose me. Didn't book that commercial, huh? Didn't get an audition for that show, huh? Lindsay Lohan blocked me on Instagram for the shade I threw in this article, huh? I'm kidding about that last one, but could you imagine?