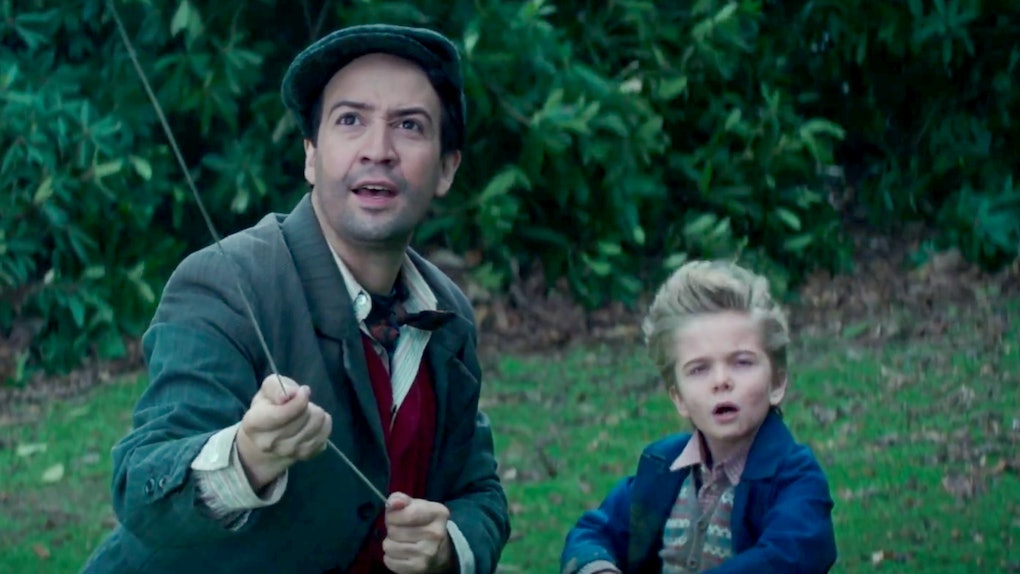 This Christmas will be the first one since 2015 not to have a Star Wars film for the whole family to enjoy. But this doesn't mean Disney will be leaving movie-goers high and dry during the holiday season. Instead, they will be releasing a brand new family-friendly film for the season: Mary Poppins Returns. The new movie stars Emily Blunt in the role of Poppins and Lin-Manuel Miranda as her friend Jack, his first major leading role since Hamilton. In a new interview, Lin-Manuel Miranda's quotes about Mary Poppins suggest he's about as excited for the film as fans are to see it.

The cast for the new film is stacked. Not only are Blunt and Miranda in it, but there's also Emily Mortimer and Ben Whishaw as Jane and Michael Banks. No less than three Mamma Mia veterans lend their voices as well: Julie Walters, Colin Firth, and Meryl Streep. And if that's not enough, Dick Van Dyke and Angela Lansbury will be on hand to remind audiences they're both still kicking at 90+ years of age.

But most of the cast is made up of movie-making veterans. Miranda is the only one who is mainly a stage-oriented star. For him, creating a movie was a little nerve-wracking.

Speaking to Entertainment Weekly, Miranda admitted he was super nervous when Emily Blunt came to visit him during his run in the lead role in Hamilton.

That was a really stressful show. I felt like I was auditioning for Mary Poppins, the person.

But it had nothing on the adjustment of working in live theaters to behind a camera.

The highs were so high, in terms of: ‘Today we’re dancing with penguins, tomorrow we’re dancing with Meryl Streep, the next day we’re biking in front of Buckingham Palace.’ For me, coming from theater, the adrenaline source is having the audience there, and when you take that audience away, where is it? Where does that part come from? And you realize, it comes from ‘We’re never coming back to Buckingham Palace to get a second take.’ The adrenaline source is in getting it right in that moment.

As for Blunt, she tried not to let taking on such an iconic role overwhelm her. She said,

I did, going into this, [hear] the preamble of everyone turning to me — including a friend of mine who said, ‘You’ve got balls of steel’ — and I would just try to allow all of that to be white noise and really approach her as I would any other character.

She also focused on the joy of working with Miranda so closely.

The whole project was cloaked in a sense of protection, and by that time it had sunk in that it was happening. It was becoming so deep in my bones that I was going to be doing this, and that first overwhelming rush of thrill and fear when I got offered this role had diluted to something quite real… and so I think it was exciting knowing that Lin and I were going to be playing cohorts and kindred spirits.