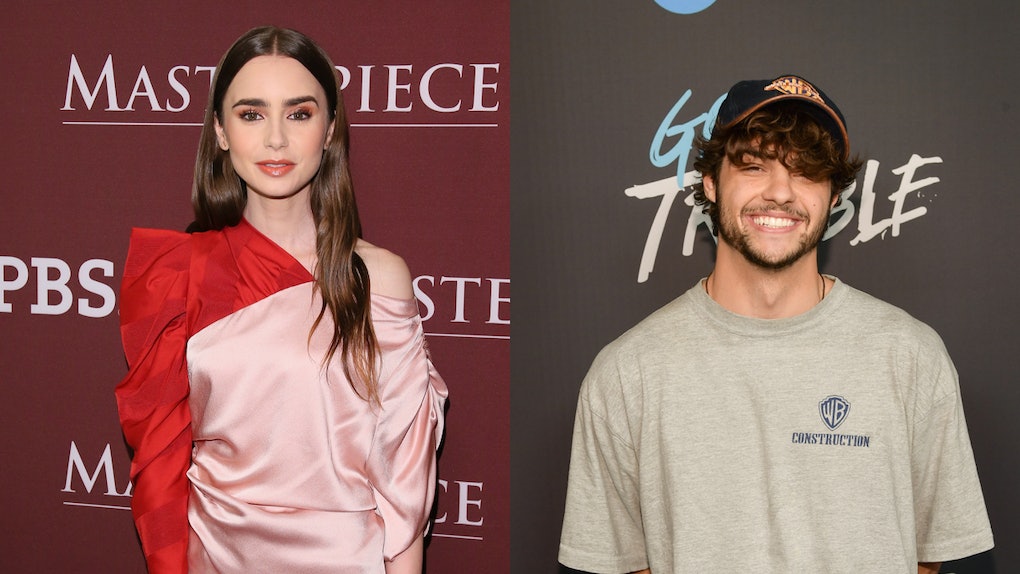 America is ready for a new, hot celeb couple and Lily Collins’ comment on Noah Centineo’s Instagram is giving us the hope we need. How did this flirtation begin, you ask? Allow me me set the scene for you a bit. A hot, 22-year-old Centineo posts a dangerously sexy shirtless picture of himself lounging poolside as an ad for Calvin Klein. Collins spots the dangerously sexy picture and, instead of casually shooting it a like and continuing to scroll through her feed, decides to comment, "I never look that good when I lounge."

... which, like, same. I mean, I'm hard pressed to think of anyone who could look as good as he did in those lounging photos at any time, ever. But anyway, that's neither here nor there. The most epic twist of this whole rom-com-worthy back and forth is that Centineo actually responded to Collins' flirty comment, saying, "oh please 🔥". And just like that, with two words and a fire emoji, he nailed his flirty comeback.

TL;DR? Lily Collins basically called Noah Centineo hot in a flirty Instagram comment and he responded by basically saying that she, too, is flaming hot.

Check out the entire exchange for yourself here:

Needless to say, fans are loving this exchange and are already starting to ship the pair.

And, of course, we're all just sitting here wondering when our next Netflix original rom-com starring Centineo and Collins is going to debut.

But just because the two haven't starred in any rom-coms together, doesn't mean that they haven't crossed paths before. In fact, the two are actually pretty tight. So tight, in fact, that they even starred in a music video together. But it wasn't just any music video; it was one Centineo directed.

Check out all of their flirty high school sexual tension in the music video here:

I know we all wanted him to be with Lana Condor after To All the Boys I Loved Before, but I think we can all agree that Centineo also has some serious chemistry with Collins. And Collins, it seems, is single! Whereas Condor has been dating Anthony De La Torre for over two years.

This isn't the first time Collins makes an appearance on Centineo's Instagram. He posted a picture of himself with Collins and an adorable little baby, captioning it: "Take a picture with our baby”@lilyjcollins 😂😂. I can't confirm, but I'm going to go ahead and assume this means someone asked them to take a picture with their baby, and this is that picture with that baby. Hilarious!

While there is no confirmation that these two hotties are seeing each other, here's what we do know. One: They have inside jokes. Two: He directed a music video, and of all the women in the world, he chose her to be the star. Three: They have no trouble publicly engaging in some flirty banter on Instagram. I mean, if that's not a recipe for true love, then I really don't know what is.