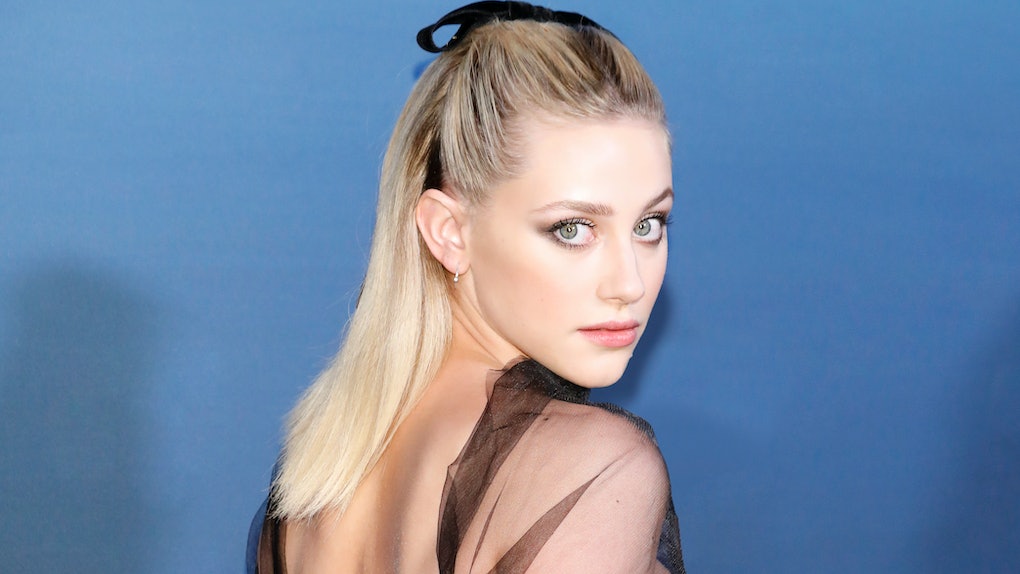 Lili Reinhart has issued an apology after receiving an onslaught of criticism for a recent Instagram photo. The Riverdale actress posted a topless photo on June 28, using the caption to call for justice for Breonna Taylor, whose killers have yet to be arrested. However, pairing an important message with the steamy pic didn't sit right with fans, and they slammed her for the post. Thankfully Lili Reinhart's apology for her post about Breonna Taylor took accountability.

In case you missed it, Reinhart's now-deleted photo included the caption: “Now that my sideboob has gotten your attention, Breonna Taylor’s murderers have not been arrested. Demand justice.”

It didn't take long for fans to criticize the post, with many deeming it inappropriate.

"Lili Reinhart really thought she doing something..... this is sick, why do she use Breonna Taylor's name as an excuse to post her sexy pic? weird and gross," one person tweeted. "Breonna taylor's death is NOT a joke or meme and people need to know that and lili's post was literally NOT it," another tweeted.

Reinhart took fans' criticism to heart, and issued an apology on Twitter on June 29, writing, “I’ve always tried to use my platform for good. And speak up about things that are important to me. I also can admit when I make a mistake and I made a mistake with my caption. It was never my intent to insult anyone and I’m truly sorry to those that were offended," she wrote.

“I’ve tried very hard to be honest on my IGTV lives that I’m still learning and trying to be better," she added. "But I understand that my caption came off as tone-deaf. I truly had good intentions and did not think it through that it could come off as insensitive.”

While this was a misstep for Reinhart, she has been working hard to be a supportive ally within the Black Lives Matter movement.

She has tried to amplify Black voices by hosting regular IGTV series with Black activists and content creators to discuss race relations, including an insightful conversation with her Riverdale co-star Asha Bromfield confronting the erasure of black bodies on television. She has also been seen on the front lines of multiple protests in Los Angeles.