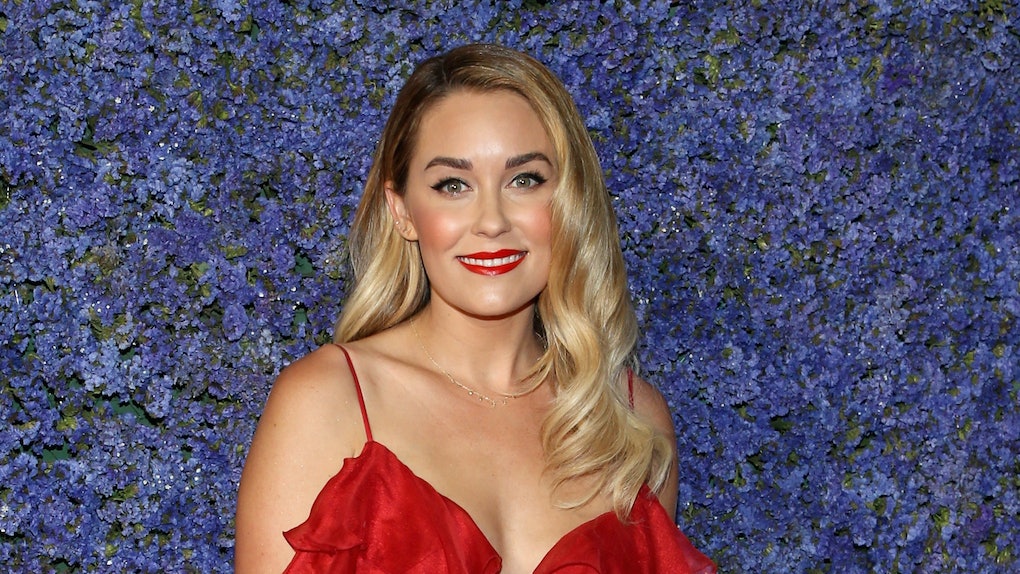 Lauren Conrad has come a long way since her days on Laguna Beach and The Hills. Over the last decade, the 33-year-old has not only become a successful businesswoman, but also a wife and mother. And now she’s about to expand on all that by adding yet another little baby to her growing family. Conrad announced that she was expecting on social media on Tuesday, April 2 and even gave fans a glimpse of her baby bump. Lauren Conrad’s pregnancy announcement Instagram is, hands down, the sweetest thing you’ll see today!

In her Instagram post, you can see Conrad wearing a pretty floral dress and cradling her belly. It’s a sweet photo and definitely shows Conrad’s excitement and anticipation for the new baby. Her caption on the photo does, too!

“It’s been hard to keep this one to myself! Very excited to share that our family will be getting a little bigger this year 👶🏼,” Conrad captioned the post.

Conrad and her husband William Tell are already parents to Liam, who will be 2-years-old in July. So, they’ll have a lot on their hands when their new addition to the family finally arrives! Conrad and Tell have been married since 2014.

Back in 2017, when the couple was expecting Liam, Conrad announced the pregnancy with a similar Instagram post. In her post, she shared a photo of a really cute baby announcement that said, “It’s a guy.” The photo shows a baby boy driving a blue car. Conrad elaborated on why she chose this particular announcement to share with fans on Instagram in the caption of the post.

“I found this adorable birth announcement while helping my Grandma move and I thought it was the perfect way to share that William and I are expecting a baby boy 👶🏼!” she wrote.

So, Conrad is basically the queen of adorable baby announcements! You can check out the post she shared announcing her first baby Liam down below:

Obviously, Conrad loves being a mom and was very enthusiastic about announcing her pregnancies on Instagram. But Conrad wasn’t always set on becoming a parent. According to People, Conrad was on the fence about having kids until she met her husband.

“In my early 20s, I was open to having them or not having them. But after meeting William, I changed my mind,” Conrad told People back in 2017. “I knew I wanted to have a family with him. But I didn’t want to do it right away.”

Conrad also talked about whether she was anxious to have kids once she was married. Turns out she wasn’t!

“I’m crazy about Liam, but I never really got baby fever,” Conrad explained. “We wanted to enjoy being married and to really be in the right space. We took our time, so it was something to look forward to.”

I guess now that Conrad and Tell are nearly five years into their marriage, it’s a great time for them to expand their family. I’m sure it’s an exciting time for them both and I bet little Liam will be a wonderful big brother!