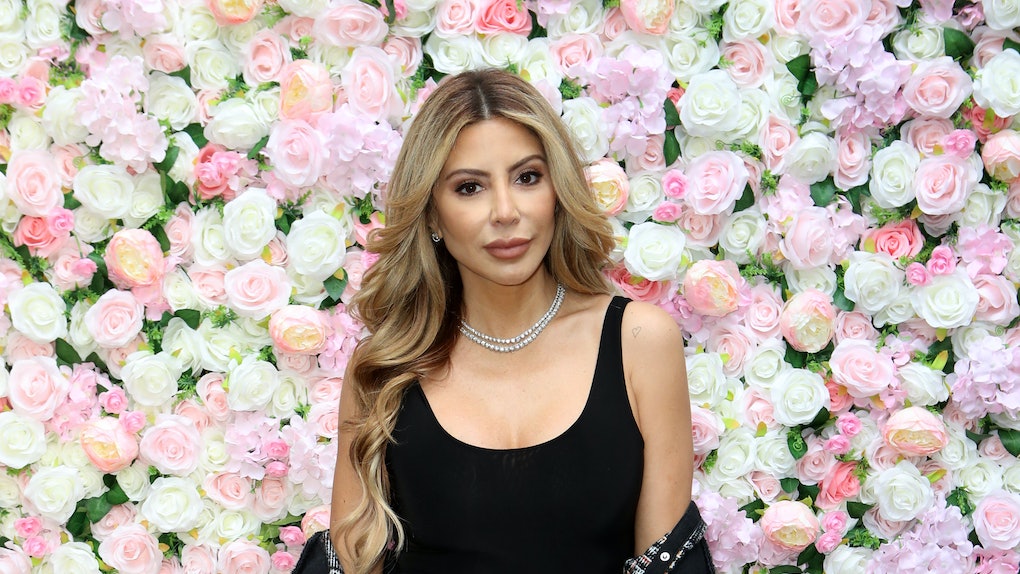 Don't freak out, but apparently Larsa Pippen dated Tristan Thompson before he met Khloé Kardashian. Larsa made the claim during a Nov. 9 appearance on The Hollywood Raw podcast. “I was kinda seeing Tristan before Khloé. Before Khloé or any of them knew he existed. I was seeing him, I had him come to L.A., I brought him to a party Kim had. I introduced him to all of them,” Larsa said. “Then a week later, or 10 days later, he started seeing Khloé. Which is fine, I don’t even care. It’s whatever. … I never cared that Khloé was with him after me.”

Even though there's history between Larsa and Tristan, she insists the basketball player never cheated on True's mom with her. “I would never do that," she said. "That’s not even my personality."

Despite their mutual ex, Larsa says she has nothing but good vibes for Khloé and Tristan. "If they love each other, then God bless. I think when you have a family with someone, it’s really hard to break up,” Larsa said of Khloé and Tristan. “You do everything in order to keep your kids home together and happy. I applaud them for working things out. I think it’s great they are trying to work on their relationship. I’m really proud of them. I applaud them.”

Tristan wasn't the only Kardashian beau Larsa spilled tea about. She also said that Kylie Jenner's ex Travis Scott once claimed Larsa hit on him. “I ran into Travis Scott one night at a club and Travis called Kylie and said that I was hitting on him. That never happened,” Larsa said. “So, then they were like, ‘Kanye says she’s this and then she was hitting on Travis.’ By the way, that never happened. I left with the same people I came with. That never freaking happened. I know he raps about being the highest in the f*cking room. So clearly maybe he was the highest in the f*cking room. He imagined all this sh*t because it never happened.”

Did you catch that line about Kanye saying things about her? Yeah, well, Larsa took some major shots at Kanye, going so far as to say that she believes he has "brainwashed" the whole Kardashian clan. "[Kanye] has literally brainwashed the whole family into thinking I don't even know what," she said. "I don't even know. He talks so much about me being this and that and this and that."

She also believes Kanye is to blame for Kim famously unfollowing her on Instagram. “I didn’t feel any type of way. I just felt, like, do what’s best for your family," she said of her thoughts on being unfollowed. "I love you [Kim], you and I are best friends, we’ve been through everything together, I would never do anything to jeopardize our relationship, we’re like sisters, we’re family, but if you have to unfollow me to make your home a better place, do it... [Kanye] talks so much about me being this and that and this and that. I just feel like Kanye was in a place where he really didn’t trust anyone with Kim.” (Elite Daily reached out to reps for Kanye for comment on Larsa's claims, but did not hear back in time for publication.)

As for why Kanye apparently had this beef with her, Larsa believes it's because she blocked him. "[Kanye] used to call me at four, five, and six o'clock in the morning. I was the person that would take his calls when he wanted to rant," she recalled. "I would listen to him. I would be like, 'I love you, you’re the best, things will get better.' I was his go-to person to call when he wasn't happy with X, Y, and Z... Maybe because I blocked him on my phone because I couldn't bear taking his calls anymore. I can’t, I’m drained. So, I blocked him on my phone. Obviously, that really upset him. So, he turned that into, 'Oh, she's this and she’s that.' [The Kardashians] all started to ride his wave."

So, how's the Kardashian fam taking this interview? They appear to be pretty unimpressed by her claims. A source who spoke to E! News on Nov. 10 reportedly said that "they all think Larsa is toxic energy" and that "she's trying to stay relevant." Specifically, Kim and Khloé are apparently not here for her claims about their men. The source reportedly shared, "Khloé doesn't believe Larsa was dating Tristan before her. Larsa knew Tristan, but they were never dating." As for Kim, the source reportedly said she "doesn't appreciate the accusations regarding Kanye." That said, the source did note that Kanye "never trusted" Larsa.

OK, I know that was a lot to take in! I'll give you some time to digest.