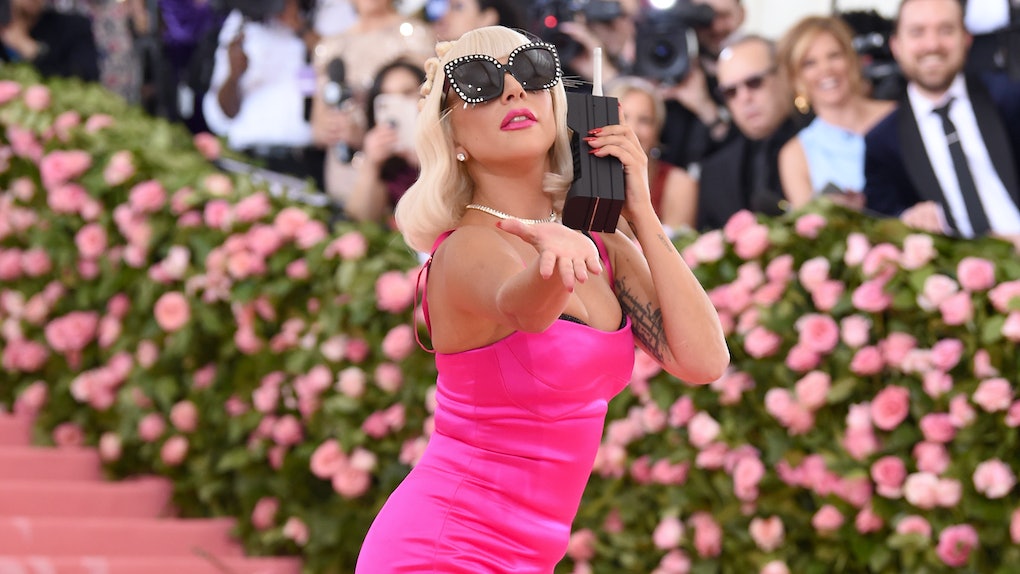 It's been a quiet few months in Camp Gaga. Last year at this time, the singer was spreading her Oscar bait wings and hitting red carpet after red carpet in support of A Star Is Born. Having landed her Oscar, Gaga's last significant appearance was the Met Gala. Since then, it's been mostly quiet on the Gaga front. But this silence was broken on Oct. 1, when out of nowhere, the Lady herself suddenly tweeted out about a possible new album... or did she? Fans think Lady Gaga's tweet about Adele is, in fact, a sign of new music.

The A Star is Born album arrived just over a year ago, on Oct. 5, 2018. The record was 34 tracks long, all told, including snippets of dialogue from the film, and songs she co-wrote with co-star Bradley Cooper. Unlike some albums which include music "inspired by" the film, all of Gaga's songs were from the soundtrack. That's not a bad thing, mind you, but it does mean her last album of songs written as an independent artist separate from the movie world was 2016's Joanne.

For fans of Gaga's pop sound, that's a long time to wait for another album by Mother Monster, which is why this tweet set off feverish speculation. But is it really a sign of a new album to come? And, if it does, will it herald a new duet as well?

On the one hand, the idea of Gaga and Adele, two chanteuses from either side of the pond, getting together and doing a duet is fantastic. But this might not be as serious a tweet as it seems at first glance.

For the Very Online, Adele has been the subject of social media speculation for a couple of days now. For example, rumors flew over the weekend of Sept. 28 that Adele and Beyoncé were getting together to do a duet. The two artists have gone head to head at the Grammys previously, and a duet would be seen as a sign of solidarity as artists.

But that was quickly squashed as not serious. Ryan Tedder, who had spawned the rumor had to explain to over-excited fans he had been kidding.

But in light of the very recent debunked story about Beyoncé, it could also be a bit of a celebrity in-joking. Tedder wants to start a rumor about Adele and Bey? Well, Gaga is going to go one better than insist her entire next album will be called ADELE.

That being said, perhaps Adele and Gaga are cooking up a collaboration. Fans will be watching carefully to see if a duet comes to pass.