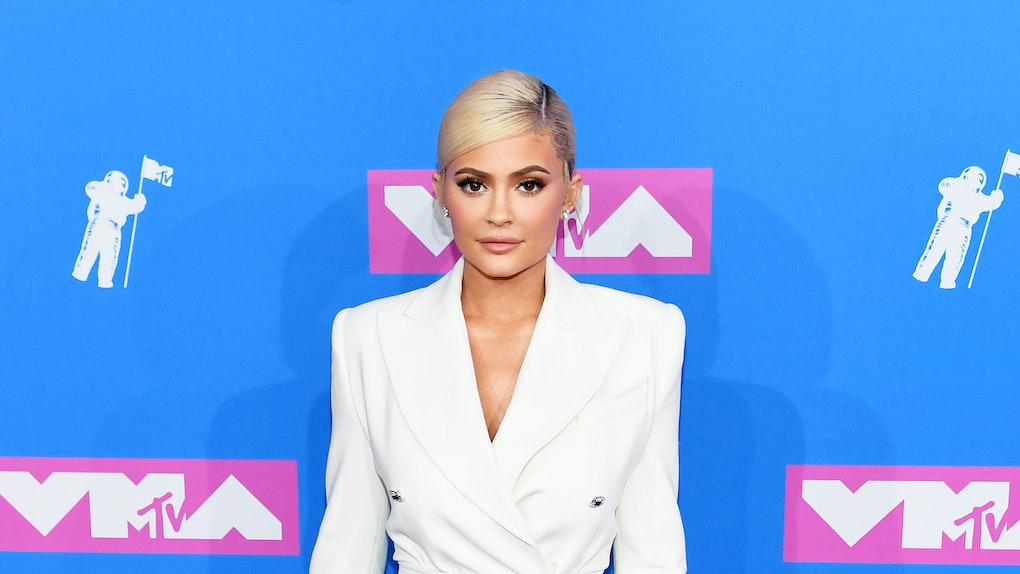 The youngest generation of the KarJenner clan is growing up so fast. It seems just like yesterday that the world was meeting the baby daughters of Kylie Jenner and Khloé and Kim Kardashian for the very first time, and now, the tots are celebrating their first birthdays (and even learning how to speak Spanish). Now, Kylie Jenner's video of Stormi Webster learning how to walk shows that the 11-month-old is ready to literally take on the world by storm, and it's seriously adorable.

Sometimes it's easy to forget that Jenner is juggling a bonafide makeup empire, a newborn baby, and just being 21-years-old. But on Thursday, Jan. 24, the entrepreneur took a pause on promoting her Valentine's Day lip kits to gift her fans a rare peek at her daughter.

"Sorry, guys, we had a little intermission — my baby woke up so I was getting her ready for the day," the Keeping Up with the Kardashians star told the camera in a video shared to her Instagram Story.

TBH, I'm always thankful for a chance to keep up with the tiniest members of the Kardashian family, and Kylie's video featured a milestone that every parent can relate to: Baby Stormi learning to take some of her first steps.

"Who you saying hi to? Come on," Jenner asked the 11-month-old (who was adorably clad in plaid printed pants and a skull design black sweatshirt) as she appeared to wave at all her fans and proved she's already a natural in front of the camera.

The tot didn't stop the beyond adorable antics there, as she then enthusiastically tried taking a few wobbly steps while clutching her mom's hand.

"Ooh, we’re learning how to walk, huh?" the mom-of-one cooed as little Stormi then leaned against her legs. It's an intimate and very sweet mother-daughter moment that shows that she's growing up right in front of our eyes, and my heart is officially melting.

Speaking of growing up, the video of Stormi learning how to walk comes just a day after she joined her cousins True, Chicago, and Dream at a baby development class. According to adorable clips shared by Khloé Kardashian, the group can be seen singing along to a Spanish song, learning how to dance, and crawling around with some help from their mamas.

It looks like Kim, Khloé, and Kylie have got the momager role down pat, especially as the KKW Beauty star prepares to welcome her fourth child with Kanye West via surrogate. Plus, according to a recent report from People, Jenner is also looking to expand her brood with boyfriend Travis Scott in the near future, as she "wants a big family."

"They want another baby," an insider told the publication. “Travis has been adjusting his work schedule so he can spend as much time [as possible] with Kylie and Stormi. There will definitely be another baby sooner rather than later."

So, will 2019 be the year we meet another Webster baby? We'll all have to wait and see. In the meantime, it looks like the youngest generation of KarJenners is already taking after their famous mamas, so watch out, world.