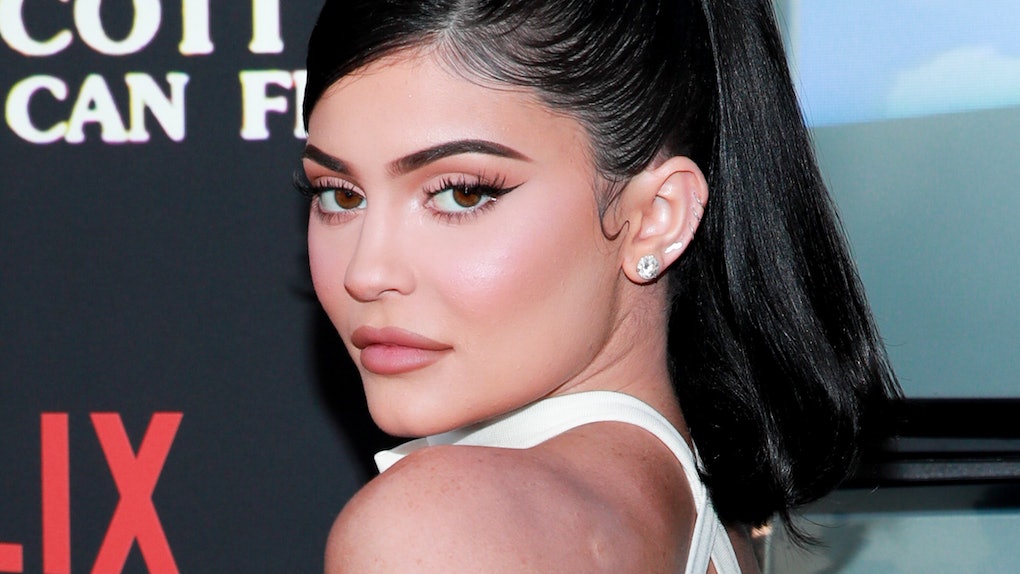 Kylie Jenner remained so private during her first pregnancy, but it seems now that Stormi is a bit older, the makeup mogul isn't shy when it comes to talking about her future plans for more kids. Jenner, who from the looks of social media, absolutely adores being a mom to her and Travis Scott's 2-year-old daughter, constantly has babies on the brain, but she's not rushing it. Kylie Jenner's quotes about having more kids are refreshingly honest.

Jenner and Scott secretly welcomed Stormi into the world on Feb. 1, 2018. Jenner announced the arrival of their baby girl alongside a breathtaking Instagram video filmed over the course of her pregnancy. "My pregnancy was one I chose not to do in front of the world," she wrote. "I knew for myself I needed to prepare for this role of a lifetime in the most positive, stress free, and healthy way I knew how."

Jenner added: "Pregnancy has been the most beautiful, empowering, and life-changing experience I've had in my entire life and I'm actually going to miss it."

Now, nearly two-and-a-half years later, Jenner is an open book when speaking about motherhood. In a video for James Charles' YouTube page, Jenner dished on her hopes for the future.

After telling Charles she's excited but scared for Stormi to grow up, Jenner shared: "I want more so bad, I actually think about it every day. I just still, like, don’t know when. I’m not planning. I don’t have a time for that to happen. You can't, like, not want more."

Jenner admitted that parenting is stressful and she spends plenty of time reading books and soaking up as much information as she can to be the best mom possible. "I’m trying to learn the best way to raise a kid," she explained. "But I think every kid is different, so you have to do just whatever you think is better for your child."

While Jenner's future is still unknown, there's a good chance she'll give Stormi a sibling someday.