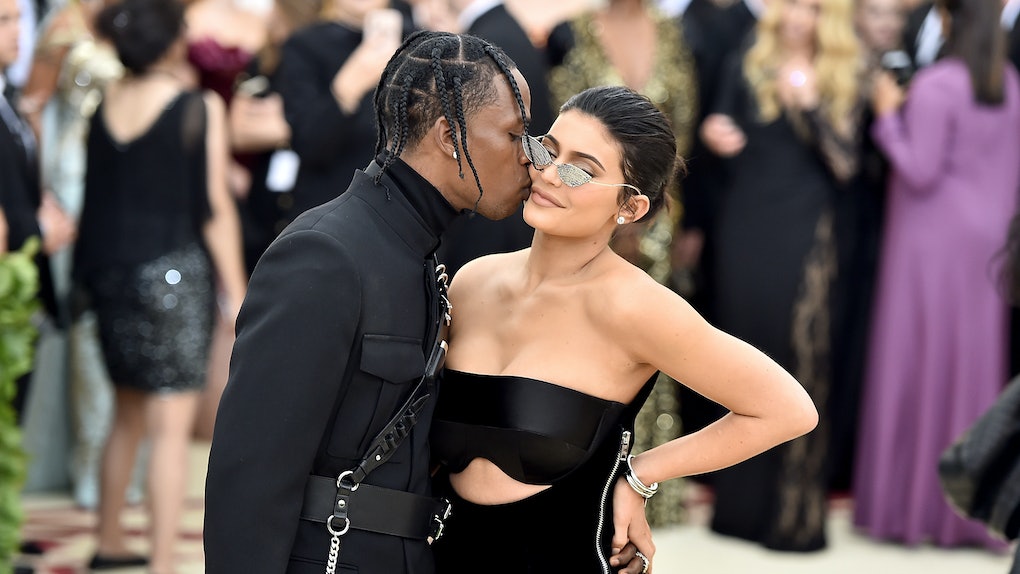 After reportedly going through a rough patch, Kylie Jenner and Travis Scott's vacation to Mexico reportedly might have saved their relationship. A source told E! News that the two "are in a really good place" after taking a vacation along with their daughter, Stormi Webster, to Punta Mita, Mexico. In fact, the source went so far as to tell E! News that Jenner and the trip might have actually "mended their relationship."

"Kylie and Travis have mended their relationship and are in a really good place now," the insider told E! News. "They truly needed this vacation and alone time with one another."

Ah, nothing like a good, old-fashioned vacation to help get some quality R&R in with your bae. The source said that, throughout the trip, the couple spent "a lot of time" with each other, which allowed them "to talk things over" and "relax."

If anything, the couple is more in love now than they ever were before. And seeing Scott with their daughter is the icing on the cake for Jenner. "Every time Kylie see's Travis interacting with Stormi and being a great father, she falls in love with him even more," the source told E! News.

"It was great for them to spend time together as a family, and Kylie feels more at ease about their relationship and where she stands with him," the source continued.

A second source also confirmed to E! News that the Jenner-Scott family was reportedly able to log in some major family time during the vacation to Mexico. "They had a great time with Stormi," the source told E! News. "They both played with her on the beach and the pool. Stormi was walking all around and didn't want to sit down. She had lots of energy, but Kylie spent lots of time picking her up cuddling and kissing her, too."

Jenner and Scott reportedly were still able to have some time to themselves. After putting "Stormi to bed, they seemed happy and spent time in the private movie theater and getting massages in the spa room," the source told E! News.

Ah, to be chilling with your loved one in a private movie theater before going off to hit the spa for massages. Relatable!

For those of you who may be wondering what it is that the couple needs to be recovering from, let me give you a little refresher. Basically, right around the same time our news feeds were being flooded with headlines about Jordyn Woods, Tristan Thompson, and Khloé Kardashian, TMZ reported that Jenner reportedly accused Scott of cheating after finding some suspicious DMs on his phone.

“She is still devastated about Jordyn and had an argument with Travis after she checked his phone and saw something that she didn’t like,” a source told People on March 16, adding that, “Travis says he didn’t cheat.”

Whether he did cheat or not, the good news is that the couple appears to have worked out any differences they may have had. Congrats to the happy couple!