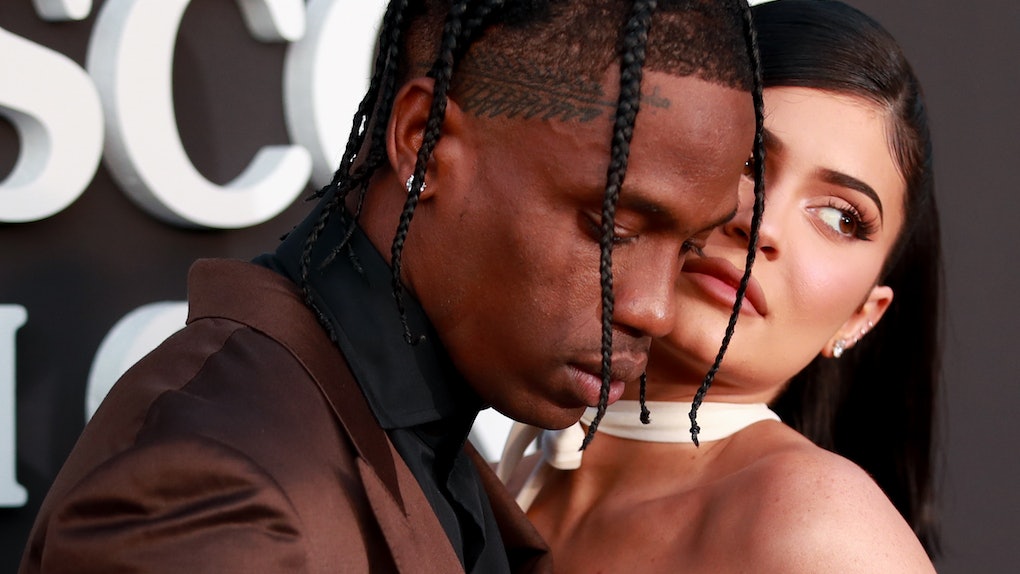 There's no question about it ⁠— Kylie Jenner and Travis Scott are absolute couple goals. Like all fans of Jenner, I'm always trying to keep up to date on the latest happenings in the young mogul's life. Whether it's on her Instagram or in the news, Jenner never ceases to be provocative. This time, she's making headlines for opening up with some sizzling hot details about her relationship with Scott. Kylie Jenner & Travis Scott opened up about their sex life in a new Playboy profile.

Playboy's September "Pleasure" issue features a collaboration between the celebrity couple. Scott interviews his partner, Jenner, and it's definitely a feature you won't want to miss. Discussing everything from Jenner's positive attributes to her inspiring achievements, the interview is an intimate glimpse at life with the lovebirds, and they don't shy away from any topics. Scott even brings up the couple's sex life, proving that the sizzling hot couple sure aren't afraid to get up close and personal for the public. "A lot of people claim that having a baby can hurt your sex life, but I feel like that's the opposite of our experience," Scott mused. "Yeah, I feel like we've definitely proven that rumor to be wrong," Jenner replied. The two are definitely staying busy.

Jenner continues on, explaining how mothers can still be sexy after having a baby. Jenner credited Scott with this realization: "You remind me that motherhood and sexuality can coexist and just because you embrace your sexuality doesn't mean you have loose morals or you're not a good mother. You can be sexy and still be a badass mom."

Jenner sounds like she is totally thriving in all her roles, whether it's a as a mother, a partner, or a famous businesswoman. Fans of the mogul are definitely familiar with Jenner's love for her daughter Stormi, who is always featured on her Instagram in adorable shots. The mother and daughter duo are truly inseparable, and Stormi has Jenner's vivacious and fun personality. During an interview with Ellen DeGeneres on The Ellen DeGeneres Show, Jenner told the television host that "[Stormi] comes everywhere with me." Kris Jenner even chimed in during the interview that "[Stormi] is like a little Kylie, it's really wild."

You can read the whole interview for yourself in Playboy's September "Pleasure" issue. You'll want to get a print copy of the issue, since the billionaire celebrity is featured on the front of the cover wearing red lingerie and a bunny necklace. It's a stunning and sensual shot by photographer Sasha Samsonova. Besides being absolutely glamorous, Jenner proves that she is more than just a social media celebrity. When the world of Instagram get too overwhelming, Jenner noted in the Playboy interview that she "know[s] when to put down [her] phone and get off social media and just enjoy life." Being only 22 years old and claiming the title of the youngest self-made billionaire, Jenner's maturity and work ethic have definitely helped her juggle the responsibilities of work and family life.