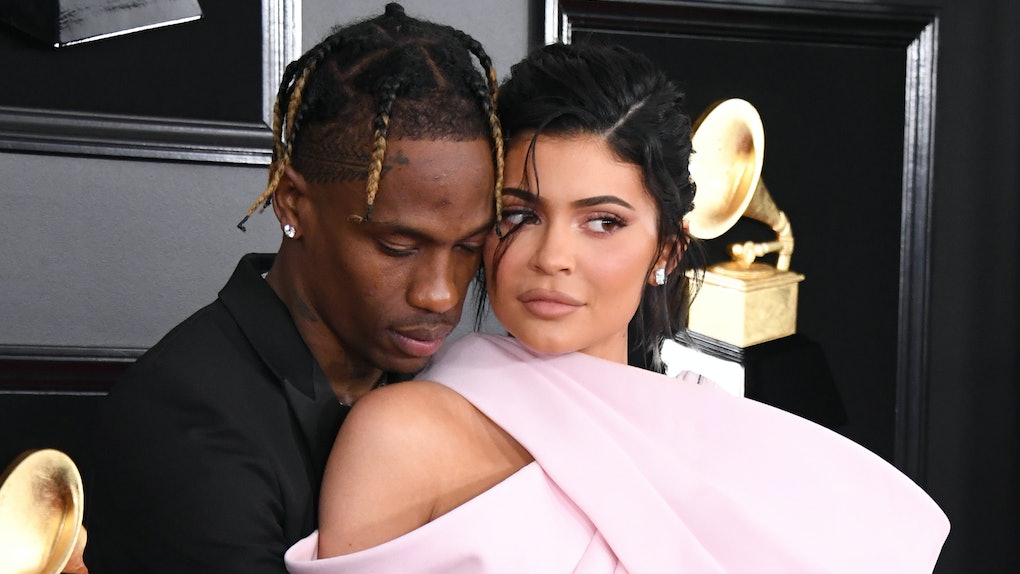 It's been a hot minute since we've kept up with the status of Kylie Jenner and Travis Scott's relationship. Back in February, the power couple were reportedly on the rocks amidst rumors of infidelity and that whole Jordan and Tristan scandal, but things looked like they'd taken a turn for the better after Jenner shared a steamy pool-side photoshoot with Scott to her Instagram just a few days ago. Now, according to a new report, fans can rest easy because Kylie Jenner and Travis Scott reportedly doing "better than ever" post-vacation will restore your faith in their love. Elite Daily reached out to both Scott's and Jenner's teams for comment on the recent report, but did not hear back by the time of publication.

It's been a rough couple months for the couple, who share daughter Stormi, but it looks like the worst is behind them. Back in February, speculation swirled that Jenner had accused her beau of cheating after seeing something that "she didn't like" on his phone. For his part, Scott denied being unfaithful to Jenner. Elite Daily previously reached out to both Scott's and Jenner's reps for further comment on the infidelity rumors, but did not hear back.

While things were rocky for a while there, it appeared like the couple's relationship got back on track after their "baecation" in Mexico. There's nothing like the sun-kissed beaches and warm weather of a tropical getaway to inspire some romance, and Jenner and Scott looked like they were definitely living their best lives in some loved-up shots that the makeup mogul shared to her Instagram.

Now, an inside source is revealing that the powerhouse couple is "stronger and better than ever" after their romantic getaway.

"Obviously the couple had some up and downs because they are both so busy, but at the end of the day, their bond is extremely strong," the insider reportedly told ETOnline. "Travis, Kylie and Stormi spent some time together on vacation as Travis had a break from some shows. It was a really great vacation, and tonight the family plans to be in Vegas as Travis kicks off a residency."

Unsurprisingly, the pair's busy schedules remain one of their biggest obstacles (they're both slaying it in their respective careers, after all, with Scott being on his Astroworld tour and Jenner being named Forbes' youngest self-made billionaire), but they're learning to work around that.

"After Vegas, Travis has about a month off and the couple plans to spend a lot of time together alone and with Stormi," the source told the publication. "It's hard for the couple because they are both at the height of their careers, but they are learning to make it all work."

As of now, it looks like the parents-of-one are keeping the vacation vibes going and taking their romance to Sin City for Scott's residency after hitting the reset button on their relationship. Plus, with summer just around the corner, it's likely that we'll be seeing Jenner and Scott taking their love to many more far off destinations.