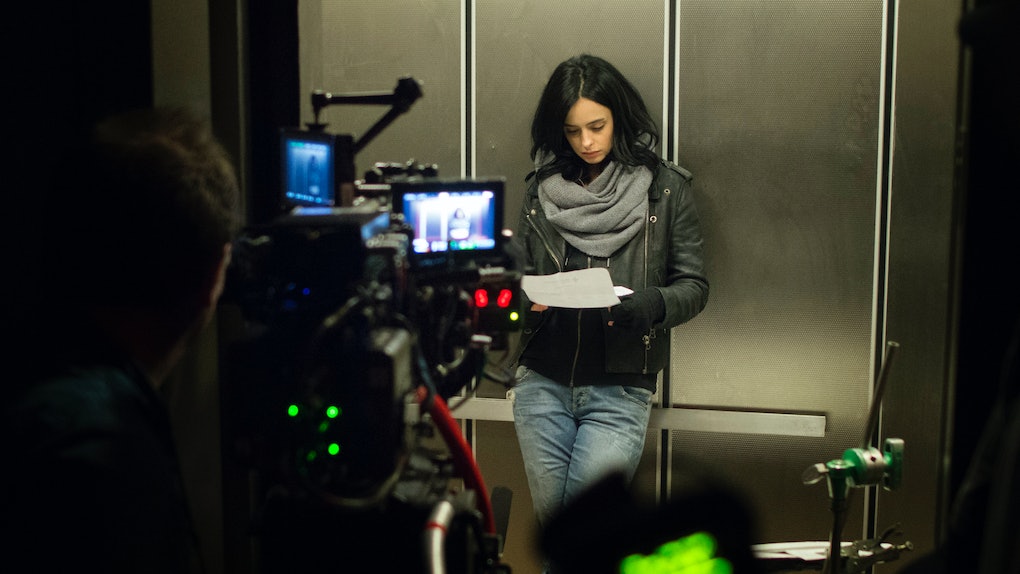 Krysten Ritter Is Directing A 'Jessica Jones' Season 3 Episode, So Get Ready

Like Luke Cage Season 2, Jessica Jones Season 2 ended on a somewhat distressing note. Jessica is a character who always pushed the people who cared about her the most away. But the time the final episode ended, she'd succeeded far more handily than was good for her. Malcolm was working for her competitor, her best client had gone with him, and Trish had walked away, too. But there's good news for the actress who plays Jessica Jones. Krysten Ritter is directing a Jessica Jones Season 3 episode for the coming year.

Jumping to directing is a big step, especially when you're the star of the show, and are also in front of the camera. In some cases, the episode in question is one where the lead has a significantly reduced on-screen role. Star Trek: The Next Generation, for example, was famous for having their ensemble of leads direct, but usually in cases where their characters were in some way absent from the storyline. Gates McFadden, for example, directed the episode "Genesis." Her character, Dr. Crusher, spends most of the hour in stasis.

I mention McFadden because she's the rare female lead to be promoted behind the camera. Most lead stars who make the jump are more like Star Trek's Jonathan Frakes. Or in the case of the Marvel TV universe, Clark Gregg over on Agents of S.H.I.E.L.D.

It's worth noting of the Netflix Marvel series, Ritter is the first to be given a chance to jump into the director's chair. For example, Charlie Cox, who stars in Daredevil, did not direct any of Season 3 episodes of his show. Neither have Finn Jones (Danny Rand in Iron Fist) or Mike Colter (Luke Cage). Though to be fair, Luke Cage did have a very diverse slate of directors for the second season, and Iron Fist hasn't even released Season 2 yet.

This does suggest, though, that perhaps Ritter's character may have an hour where she takes a backseat to her co-stars or even some of the new cast members for the series. After directing for a while, actors get better at being both in front of and behind the camera. Ritter is a bit of a Renaissance woman in her different ventures, having written a novel called Bonfire, releasing an indie-rock album with her band Ex Vivian, and appearing on the cover of Vogue Knitting*. But this will be her first time directing.

(*As a knitting geek, I can vouch her patterns are awesome.)

As for when fans will get to see Jessica Jones Season 3, that's still up in the air. As far as anyone knows, Netflix is only planning on releasing three series this year, as it did last year, with Jessica Jones Season 2 back in March, Luke Cage Season 2 in June, and then Daredevil 3 sometime in the next six months.

But it's hard not to notice Jones 2 and Cage 2 were released on a more quarterly schedule than Netflix has done previously. Last year, Netflix released Iron Fist in March, Defenders in August, and Punisher in November. This year Jones 2 came in March, but Cage 2 is already here in June, suggesting if Daredevil 3 turns up by September, there would be room for one more before the year is out.

Then, there are the accelerated production schedules. Iron Fist 2 has already finished filming. The Punisher 2 is due to be done by mid-August, and Jones 3 is clearly already underway. It wouldn't make sense for Marvel to have all these finished episodes in the can and then sit on them for nearly a year.

Either way, Jessica Jones Season 3 won't come out before Iron Fist 2 and The Punisher 2, so she definitely won't arrive until 2019. Until then, fans will just have to wait.

More like this
What Are The Eldritch Terrors In 'Chilling Adventures Of Sabrina'? They're No Joke
By Dylan Kickham
5 Books By Lee Swift, AKA River On 'The Circle,' To Read Right Now
By Rachel Varina
'Ginny & Georgia' Season 2: Release Date, Cast, Trailer, & More Info
By Dylan Kickham
Stay up to date