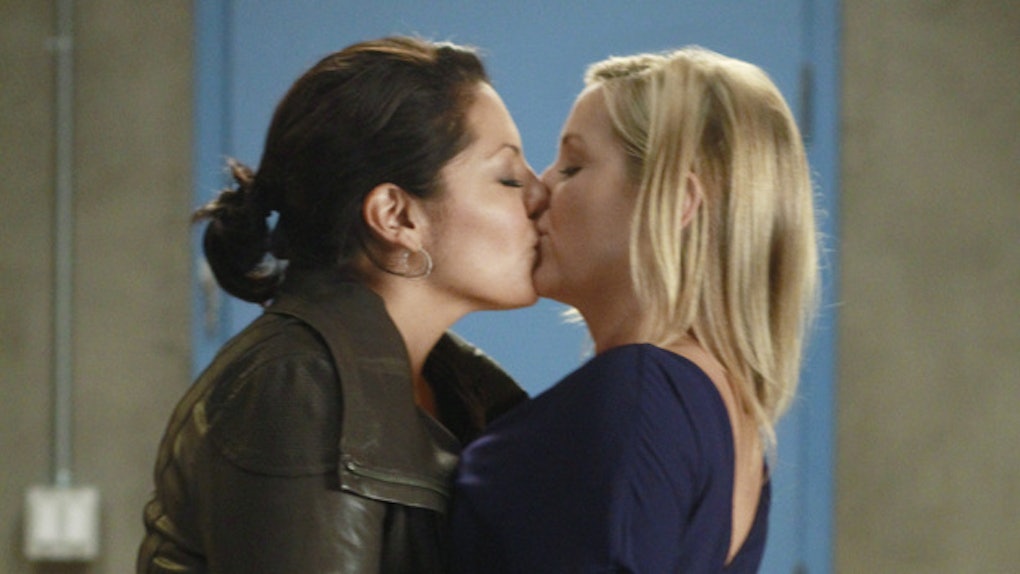 My senior yearbook quote was from SpongeBob. "Knowledge cannot replace friendship. I'd rather be an idiot than lose you," SpongeBob told Patrick. For some reason, my 17-year-old self was particularly moved by the sentiment and decided it should be what my classmates remember me by for the rest of their lives. Looking back, I wish I had put more thought into my senior quote by choosing something that really reflected who I am on a deeper level. Something like 18-year-old Krysta Montoya's senior yearbook quote that not only made her classmates think but also served as a true ode to who she is and always will be. Yeah, I know that's a lot to fit into one quote, but she seriously managed to do it.

Montoya is a high school senior from Albuquerque, New Mexico who has recently gone viral on Twitter for her epic yearbook quote. The quote itself is fairly simple. All it says is, "Grey's Anatomy Season 5, Episode 6, 39:40." Needless to say, when classmates found this written alongside her picture when the yearbook went to print, they were confused. I mean, let's face it: Even the most avid Grey's Anatomy fan isn't keeping track of exactly what happened at every exact moment of every episode. I would be seriously impressed by anyone who was able to just glance at that quote and immediately know what scene it was.

So, to satisfy the curiosity of her classmates, Montoya decided to give them a hint on Twitter.

The tweet, which has since gathered over 140K likes, explains that her quote refers to a scene in the episode "Life During Wartime," in which character Erica Hahn says, "I am so, so, so gay."

Ugh, pleeease tell me you guys are regretting your yearbook quote choices as much as I am right now. How did she find something so simultaneously relevant to our culture, true to herself and thought-provoking?! Well, in an interview with Insider, Montoya revealed the quote actually just sort of fell in her lap. "I was just watching Grey's Anatomy one day and I saw that quote and I wanted to make it my senior quote," she told the publication.

While Montoya has been out since her freshman year of high school, she told Insider the quote was still a bit of a bold move for her to make. "I chose this as my quote because I feel some people do not accept who I am. I just wanted to basically make a bold statement," she told Insider. "I've lost some friends over my sexuality, but my family has always supported me." Cheers to her for being able to stick to her guns despite the social backlash from friends. She should be an inspiration to us all.

In addition to making a powerful statement about her own sexuality and providing her classmates with a bit of a brain buster, Montoya was also glad she was able to incorporate her favorite show into her quote. "'Grey's Anatomy' is probably one of my favorite shows and has made me feel a roller coaster of emotions," Montoya told Insider.

Even though some of her friends and classmates may not accept her as she is, people on Twitter have embraced her with open arms.

She makes "the world a more fun place."

She deserves a standing ovation.

People are connecting with her story on a personal level.

And, if you're more of a visual person, here's a screenshot of the exact scene!

Congratulations to Montoya on her graduation! And here's to hoping she inspires others to keep it as unapologetically real as she does.