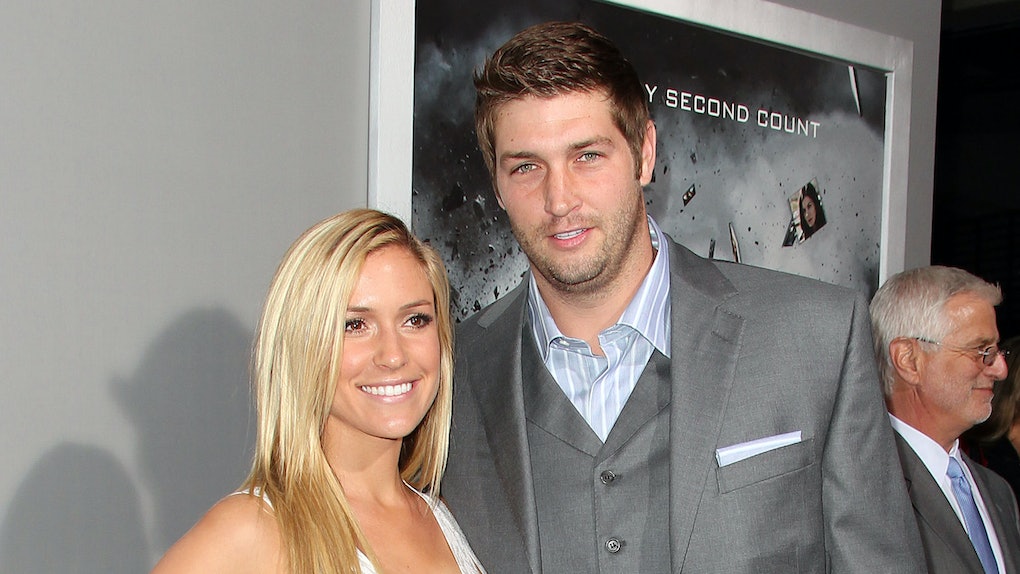 They may seem like the perfect couple from the outside, but Kristin Cavallari's quote about her "problematic" marriage to Jay Cutler is super sad. “Jay has been great, yes. From the outside, like, things are so perfect and things are so great,” Cavallari, 32, told her friends in a clip from the Sunday, April 7, episode of her reality show, Very Cavallari. “But actually, like, they’re not. And that sucks. It sucks. That’s the thing, though, with marriage — it’s ups and downs.”

Unfortunately, Cavallari noted that she and her former quarterback husband are currently going through one of their "low" periods. "Right now we’re in a low, but in two months we could be up here again," she continued. "And that’s how we’ve always been, our whole relationship. It is what it is."

Following her conversation with her friends, Cavallari transitioned to the camera where she told the cameramen directly more about what she's going through in her marriage. “There’s no such thing as a perfect relationship," Cavallari explained. "Jay and I have problems — I’ve always been very vocal about that. We have to work at our relationship. … We definitely have issues."

This isn't the first time Cavallari has admitted to being unhappy in her relationship with Cutler. In February 2019 she opened up about Cutler's leaving the NFL after the 2017 season negatively impacted their relationship.

“We went from it being about Jay’s career and his schedule and everything, to now, [jewelry line] Uncommon James has been really taking off and the show and everything, and he’s at home," she explained in an episode of Very Cavallari. "So, it’s just been trying to navigate this new normal. But I mean, things are fine. It’s all good!"

Despite their rough patch, Cavallari has said in the past that Cutler actually enjoys being on her show now that he's done with football.

“Coming from the football world where people didn’t get his personality, it’s been really nice for me and him [to have fans] appreciate him and see the real side of Jay,” she told People in November 2018. “He’s been having fun with the show. Now that he sees he had a really positive reaction, he’s been having a good time with it.”

The former Laguna Beach star has two sons and a daughter with 35-year-old Cutler: Camden, 6, Jaxon, 4, and Saylor, 3. While they love their kids, Us Weekly reports they aren't planning on having more anytime soon. “We feel like a very complete family, especially because I got my girl,” she explained to Us Weekly in March. “Things are just so great … Why rock the boat?”

She's also happy with the ages they're currently at. “I’m happy with where my kids are at!” she continued. “You can just get up and go, you don’t have to lug around the diaper bag anymore, like, Saylor’s out of diapers — all of those things are just really nice. Camden, my oldest, he’ll even go in the kitchen — he’s made himself cereal before. I’m like, ‘This is cool!’”

At least things are going well on the kids front! There's a silver lining to every cloud, after all. Every couple goes through rough patches — but the silver linings make them a little easier to manage.