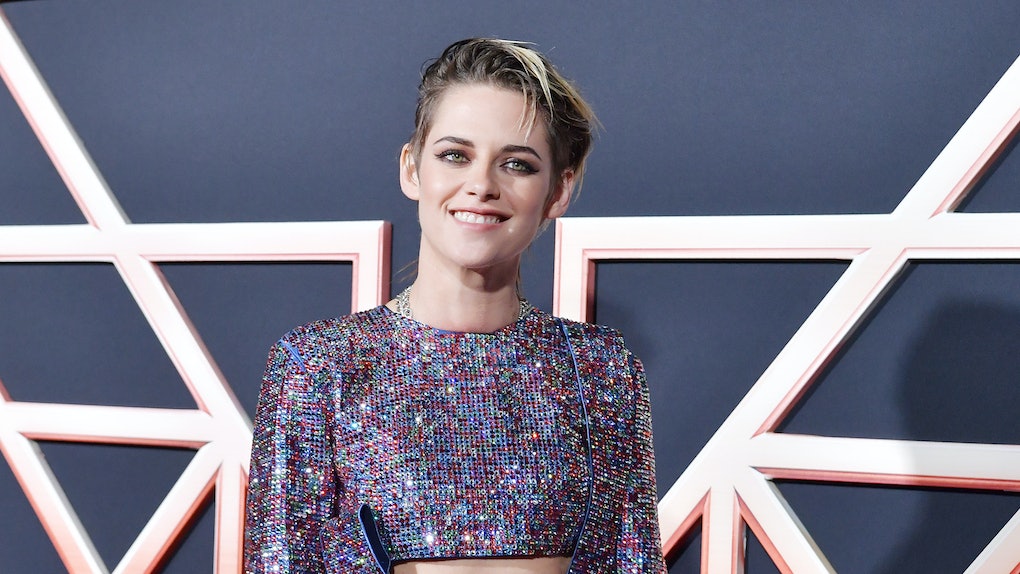 It may only be a matter of time before Kristen Stewart and her reported girlfriend, Dylan Meyer, take a walk down the aisle. During a recent interview on The Howard Stern Show, Stewart confessed that she "can't f*cking wait" to propose to Meyer, and she even has a few ideas about how she wants to pop the question. It's clear that the actor is head-over-heels in love, but as she's pretty tight-lipped about their relationship, I can't help but wonder what Stewart is like as a partner. Kristen Stewart's zodiac sign is Aries, so it totally makes sense that she wants to be the one to get down on one knee. Being an Aries also means that when Stewart wants something, it's unlikely that she'll let anything stand in her way.

Aries are known for being fearless, and I think most people would agree that Stewart won't hesitate to say what's on her mind. During her Nov. 4 appearance on The Howard Stern Show, she shared how she first told Meyer she loved her. "I was like, 'Oh man, I'm so f*cking in love with you,'" she said, and if that's not major Aries energy, then I don't know what is.

This fire sign is unsurprisingly full of fiery passion, and they aren't afraid to show it off. Unfortunately, that gung-ho spirit can sometimes lead to impulsivity. Although Stewart and Meyer have known each other since the early 2010s, they have only been romantically linked since August 2019, when they were reportedly spotted making out in NYC. This came only a month after Stewart was reportedly seen kissing Stella Maxwell, her then-girlfriend, while aboard a yacht in Italy. When they were discussing the impending proposal, Stewart told Stern, "I want to be, like, somewhat reasonable about it but I think good things happen fast." An Aries tends to be driven by blind optimism, so when they fall, they fall fast.

That's not necessarily a bad thing, of course. But those born under the sign of the ram are known for their "every person for themselves" state of mind, so while they love their partners, they have a tendency to put their own needs first. Aries are excitable and pretty much unstoppable, and they're far more likely to jump in feet first than think about consequences. Right now, Stewart says she's more comfortable with herself than ever, and as she told Harper's Bazaar in a September 2019 interview, she's done letting anything or anyone hold her back. "I think I just wanted to enjoy my life," she said, in reference to speaking openly now about her sexuality. "And that took precedence over protecting my life, because in protecting it, I was ruining it."

It's possible that Stewart's eagerness to tie the knot is driven by overzealous passion. It's also possible that she's simply a woman who knows exactly what she wants. Aries are total spitfires with a tireless zest for life, but that doesn't necessarily mean that Meyer is a passing phase for Stewart. The sign of the ram loves trying new things and taking action just as much as they love devoting themselves to the people they care about. Stewart's zodiac sign may make her a bit impulsive and definitely not a touchy-feely type, but if she loves Meyer as much as she seems to, then she's probably in it for the long haul.