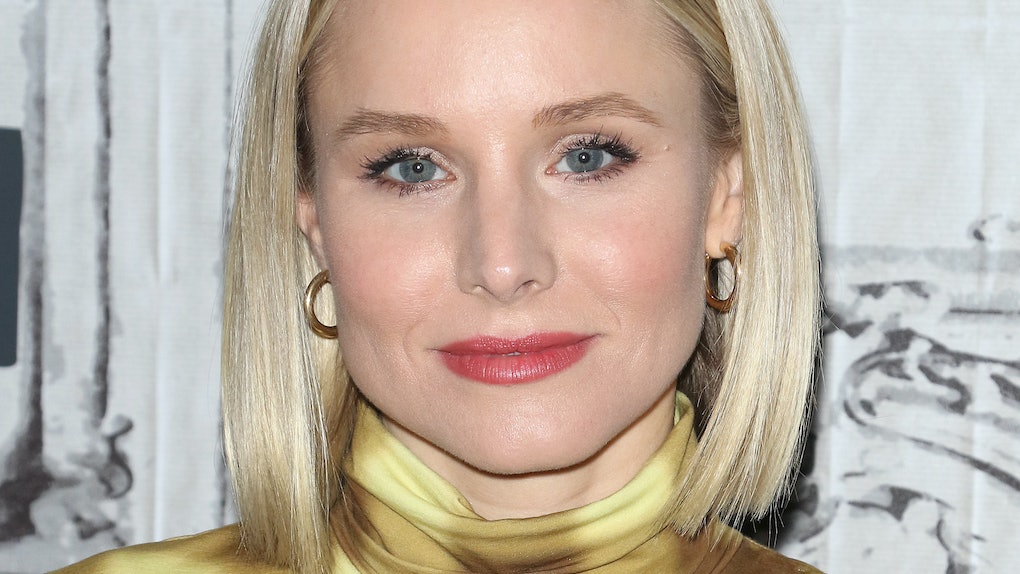 Kristen Bell and Dax Shepard hide very little when it comes to how they handle work, parenting, their relationship, and their finances. In a new interview with Self, Bell revealed she makes more money than Shepard, and if he's not cool with that... well, he'd better be. Although money can certainly be an awkward discussion topic in any relationship, men who feel insecure about women out-earning them should just read Kristen Bell’s quotes about out-earning Dax Shepard.

According to a 2020 study from TD Ameritrade, about 50% of United States women earn more than their partners — but they're also more likely to feel "guilty" or "embarrassed" by it. Not Bell. In a Self cover story published Monday, May 3, she unapologetically offered some insight into her family's financial breakdown. She said that when she first met Shepard in 2007, he said he earned more than she did. (He’s mentioned this before in interviews, too.) Now, Bell said she earns more, although she said she actually thinks she’s “always outearned him.” And she refuses to let that bother her.

“He can get over it,” Bell told Self. “I got a lot of opportunity, you’re sharing in it, we’re able to provide for a ton of our family members who may or may not be struggling. I don’t look at it like, ‘This is mine and this is yours.’ I’m like, ‘This is ours. Get over it.’”

She added that while she doesn’t “have the desire to walk [Shepard] through his feelings about it,” she would definitely talk to him if he felt “emasculated” by her income. “But… certainly, it’s not on my list to be like, ‘Let me make sure he’s okay,’” she said. “I have had a shit ton of opportunity. I’ve also worked my ass off.” So, yeah. He can get over it.

Shepard previously joked about their decision not to sign a prenup. “When we first started dating, I had more money than her and I owned the house that I lived in. And she said to me at one point, ‘Would you like a prenup?’” he recalled in an April 2018 Conan interview. Although he “really wanted a prenup, really bad,” Bell didn’t. “The joke is now on her, because she’s become much more successful than me and has much more money than me.”

Bell and Shepard have been married since October 2013, and they’ve both been candid about the highs, lows, and many, many changes they’ve experienced throughout their relationship. Bell told Self they started re-attending couples therapy right before the world went into lockdown in 2020 due to the COVID-19 pandemic — a decision that helped them “not kill each other in the beginning.” Still, these two are as in love as ever.

“Well, it’s that time of year again. The anniversary of the day each year when we say to each other ‘wasn’t our anniversary last week at some point?’” Bell wrote on Instagram in October 2020. “I love you, @daxshepard, and I always will.”