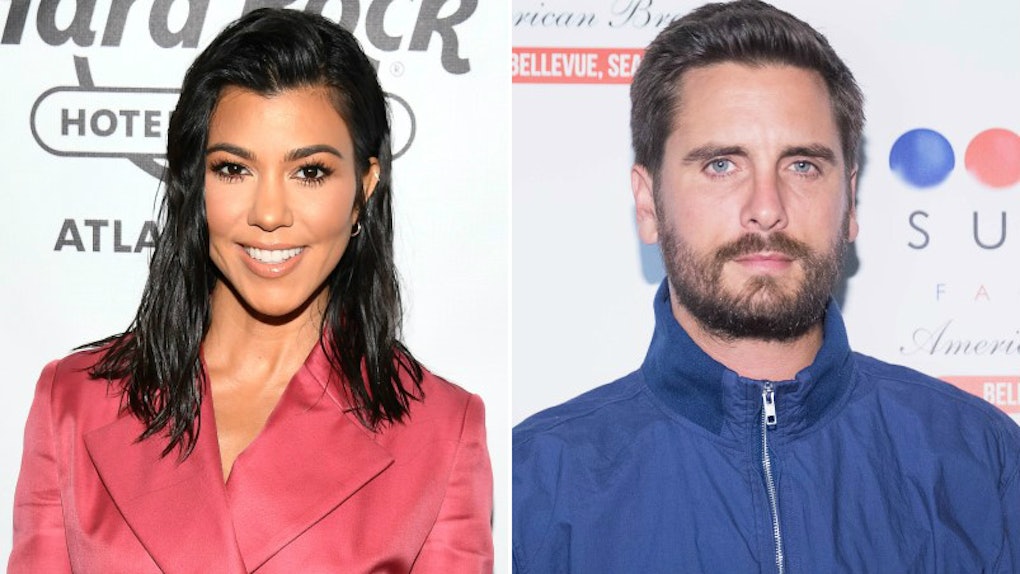 During her appearance on TODAY, Kardashian mostly spoke about her work with Environmental Working Group, an organization that specializes in research and advocacy in areas like “agricultural subsidies, toxic chemicals, drinking water pollutants and corporate accountability.” Kardashian has been working closely with the organization to advocate for more stringent standards when it comes to what chemicals are allowed in cosmetics products.

While the TODAY hosts praised her work with the organization, they also asked her if she felt a responsibility to set an example for the millions of people who watch her on Keeping Up With the Kardashians. More specifically, they wanted to know if she thinks her relationship with Disick helps other people navigate co-parenting situations. Kardashian and Disick — who are parents to Mason, 9, Penelope, 6, and Reign, 4 — split in 2016 after 10 years together.

“Yeah, I feel like I can show a message, too, of like parents can get along and work together and travel together,” Kardashian explained. “And I think it’s a good message to show other people. I am not doing it for that reason but I think the positive things that we are doing are nice too.”

It seems like Kardashian does feel a sense of responsibility to show the world that separating from a long-term relationship doesn’t have to be messy or dramatic. And she’s honestly doing a great job of conveying a positive message about what it means to co-parent in 2019.

As previously mentioned, Kardashian also spoke at length about her work with Environmental Working Group to ensure that cosmetics products are safe and healthy for people to use. During her interview on TODAY, Kardashian explained that she uses their app to ensure that the cosmetics products she uses for herself and her kids are safe. She hopes one day there won’t be a need for such a thing.

"I shouldn't have to be standing in the bathroom scanning to know that products I am using are safe or not safe," Kardashian said. "Especially products for my kids."

You can watch Kardashian’s appearance on TODAY down below:

“Since we started putting together our makeup collection, Kardashian Beauty, I’ve been extra invested in our list of no-no ingredients,” she said. “It’s an ingredients blacklist that we don’t allow into the products—no parabens, no sulfates. Being a mom, I have become really invested in that—I just feel like once I know something, I can’t go backwards and pretend like I don’t know it.”

So, Kardashian has been working hard to keep people’s cosmetics safe for quite a while. Good for her!