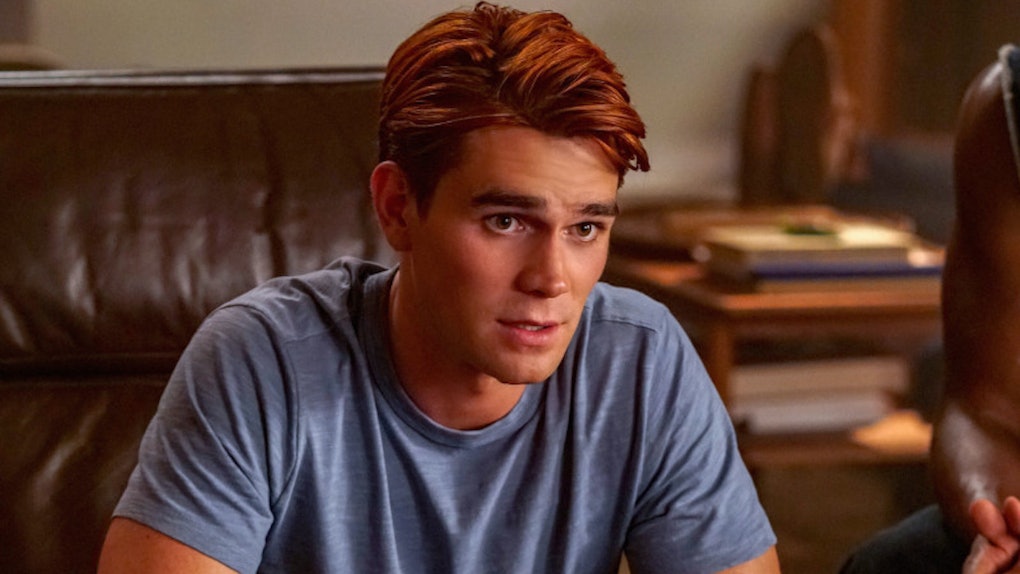 There are only a few episodes left in Riverdale Season 4, meaning most fans have already begun thinking about Season 5. Since the current season has chronicled the Core Four's senior year at Riverdale High, complete with college applications and discussions of post-school careers, the question of whether Archie, Betty, Veronica, and Jughead can stay together after graduation is looming. After hearing KJ Apa's quotes about Riverdale Season 5, fans will be even more desperate to see what happens next.

Warning: Light spoilers through Riverdale Season 4, Episode 16 follow. It's not monsters, cults, or serial killers that fans are worried about as the Season 4 finale approaches — it's high school graduation. As things currently stand, Veronica has been accepted to college in New York City, Betty and Jughead are eyeing Yale, and it looks like Archie may not even get to graduate with his friends... and once he does, he probably will not be leaving Riverdale. Basically, the impending end of high school threatens to split up the gang, and it's difficult to imagine how Season 5 would work with the Core Four scattered across the country.

Well, Apa has a message for fans who are worried. He appeared on The Tonight Show with Jimmy Fallon on Monday, March 9, and teased that nobody is going to expect how Riverdale's graduation is actually going to play out. "That's the interesting thing about next season, is we can go anywhere," Apa said. "The only kind of spoiler I can give people is: It's not your typical 'graduate high school and then...' It's gonna surprise a lot of people, I think."

Leave it to Riverdale to avoid a standard rite of passage and do something totally unexpected instead. Now, of course, the question is what this graduation twist may be. Most likely, whatever happens will have the direct result of keeping Archie, Veronica, Betty, and Jughead together in Riverdale.

There is one popular fan theory Apa's statement seems to vaguely point to. After Skeet Ulrich and Marisol Nichols revealed their characters F.P. Jones and Hermione Lodge won't be in Season 5, fans rallied behind the idea that Riverdale may be planning a major time jump after Season 4. This could allow the kids to go off to college and then reunite in Riverdale four or so years later. Plus, all of the actors playing these high school students are in their 20s anyway, so this would even look more realistic. As an added bonus, a time jump could put Riverdale in the same period as its spinoff Katy Keene, which is set about five years after Riverdale currently.

Whether this theory turns out to be true or not, the one thing fans do know is that Riverdale High's graduation is going to be a really big deal, so start preparing now.

Riverdale Season 4 airs Wednesdays at 8 p.m. ET on The CW.

More like this
When Will 'Riverdale' Season 5 Return In 2021? Its Mid-Season Break Is Long AF
By Rachel Varina
These Tweets About Damon In 'Pose's Season 3 Premiere Show Fans Are NOT OK
By Dylan Kickham
These Tweets About The Train Scene In 'The Handmaid's Tale' Season 4 Are Emotional
By Ani Bundel
Stay up to date