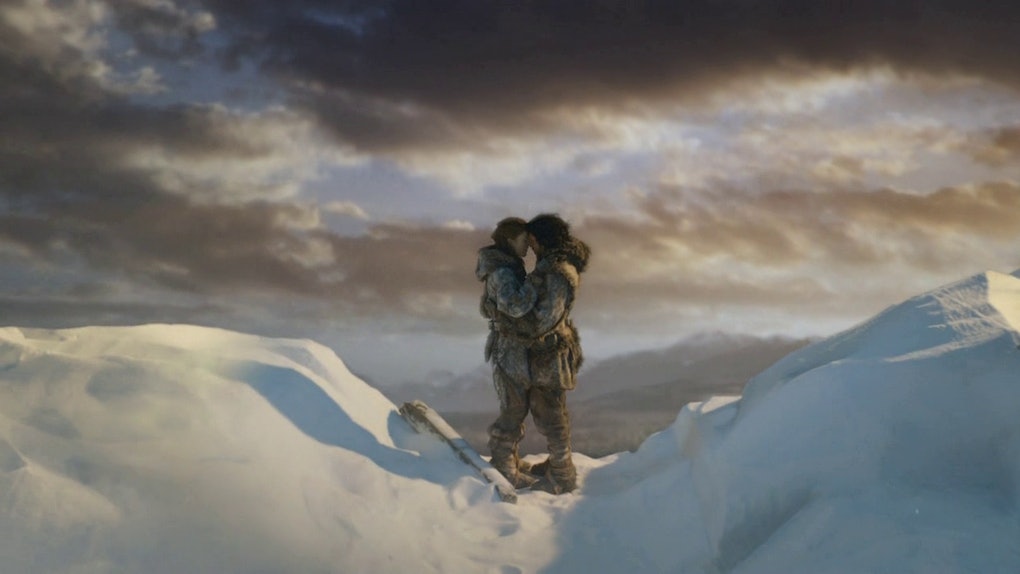 While you were mainlining New York Comic Con news this weekend and getting excited for the return of Riverdale, over in Belfast, the cast of Game of Thrones was gathering. This week saw table readings of all six scripts of the final season by the cast. Next week sees a spate of rehearsals for key difficult scenes, before the actual work of filming the final season begins. But hanging over these final proceedings is a more joyful prospect: Kit Harington and Rose Leslie's wedding.

There's just one issue. Kit and Rose apparently aren't planning a long engagement. In fact, their goal is to get married in the first half of 2018. But due to the length of the final six episodes, and the sheer amount of complicated sequences the last season will contain, filming of the production will run until August of 2018.

So, no big deal, right? Weddings are usually held on weekends. (And in the UK, they're usually held in the morning.) So Kit takes off Friday to go get married, and comes back Monday morning, right?

Not exactly. After all, he and Leslie met on the set of the show. That means everyone who works on the show is invited. Even George R.R. Martin, who has been parodied on Twitter* as being thrilled by the news.

But with the entire production being invited to the festivities, right in the middle of filming the final season... well, this presents a bit of difficulty.

As Harington explained on The Jonathan Ross Show:

I rang [the producer] up and I said, ‘I’m getting married and it’s your fault actually.' ...I was like, ‘You need to factor in a Game of Thrones wedding by the way.’ They [the cast] have all got to be there so the whole thing has got to shut down.

You read that right. Kit Harington is insisting on shutting down production of the final season for a weekend, so that everyone can get together and celebrate his wedding. Note he doesn't say *which* producer he rang up, but we assume it was either David Benioff and Dan Weiss.

You know what? We're not even mad either. After all, Benioff and Weiss forced Harington to pretend he was unemployed for an entire year between Seasons 5 and 6, without actually taking any new work other than a single stage production of Faust. After that, you figure they owe him a big one. And he's calling it in.

While the clip of Harington telling the producers he's making them an offer they can't refuse to come to his wedding isn't on YouTube, the clip of him telling his engagement story is.

He also pulled a very Game of Thrones-esque April Fools Day prank on Leslie, which she did *not* appreciate. Personally, my reaction is that since Jon Snow wants so badly to be like Ned Stark... like father, like son?

Harington might be planning his wedding, but during filming, he's been spotted hanging out with his new on-screen love, Emilia Clarke, who plays Daenerys Targaryen.

The two of them were spotted wandering around Belfast this week during breaks between scene work, along with John Bradley. (Note Emilia's brand new platinum hairdo!)

Game of Thrones Season 8 will air on HBO in either late 2018 or early 2019 (My money's still on Jan. 6, 2019!) Until then, we'll be keeping an eye on the sets for any spoilers, and hopefully have a lot of fun stories to come out of Harington's upcoming nuptials.

More like this
This 2021 'Game Of Thrones' Season 8 Trailer Is So Confusing... & So Good
By Ani Bundel
Who Did Emily Poison? 'The Handmaid's Tale' Season 2 Is Off To An Intense Start
By Ani Bundel
In 'Riverdale' Season 5, Toni Topaz Is The Black Superwoman Without A Cape
By Erika Hardison
Stay up to date