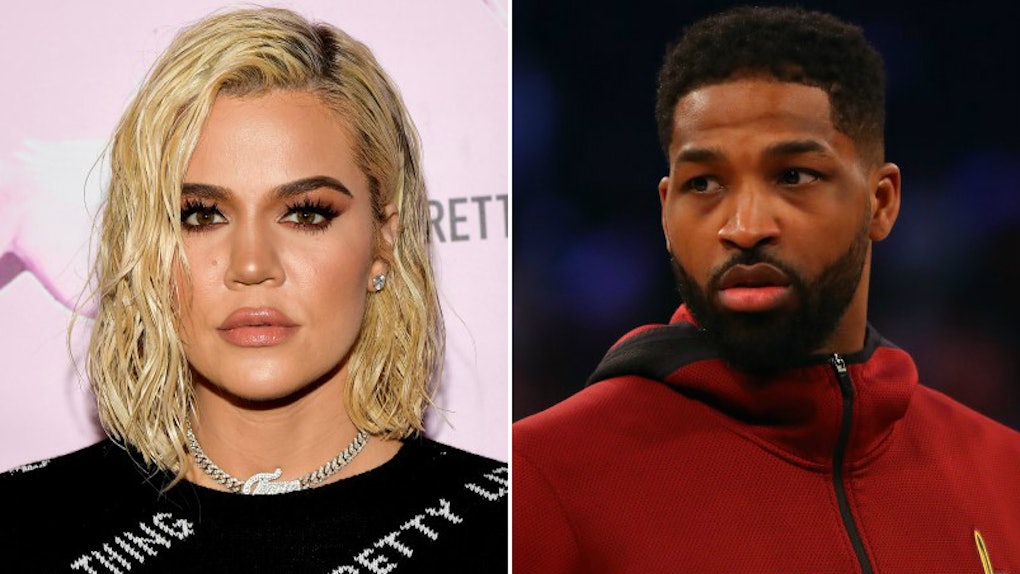 Is Khloé Kardashian taking a swipe at Tristan Thompson in her latest Instagram story? She might just be! Kardashian took to Instagram on Thursday, March 28, to post a rather cryptic quote in her stories. And fans are thinking it’s probably about Thompson. Khloé Kardashian’s Instagram about someone “missing her” definitely seems like it’s directed at someone in particular.

“When you miss me, remember, when you had me, I wasn’t enough,” the quote reads. Kardashian shared that quote and the name of its author, Amen Amare, against a pink background in her Instagram stories.

While she didn’t call out Thompson directly, it certainly seems like she might have been referencing him. It’s only been a little over a month since Kardashian and Thompson split, after all. So, the wound of breaking up is still pretty new and fresh. I’m sure Kardashian is still adjusting to the idea of being a single mom.

As a matter of fact, in a trailer for the new season of Keeping Up with the Kardashians, you can see that Kardashian was really going through a lot of emotions during the actual breakup. The trailer, which was released on Wednesday, March 27, shows Kardashian crying at various points and even yelling on the phone as she sits with BFF Malika.

“Tristan might love me, whatever that means, but he has no respect for me whatsoever,” Kardashian says at one point in the trailer.

If you haven’t seen Kardashian’s latest Instagram story, you can have a look at it right here:

At another point, you can see her on the phone and screaming “Liar!” into it. So, that could be in reference to what was going on behind the scenes when the Thompson-Woods scandal initially broke. Unfortunately for Kardashian, it was all caught on camera.

“It just sucks it has to be so public. I’m not just a TV show. Like, this is my life,” Kardashian explained in the trailer, highlighting how difficult it must be to be a public figure with some very private problems.

Speaking of Kardashian’s fame, she even addressed how insensitive people can be because of it.

“Sometimes the world forgets just to be kind and that we’re all going through something,” Kardashian explained in the trailer for the show. “Maybe just be a little more understanding because it f*cking sucks.”

Kardashian was obviously going through a rough time when the Keeping Up with the Kardashians crew captured all this on camera. I’m sure Kardashian’s family was by her side through all of it. But even still, it can’t be easy to have such a public breakup.

Honestly, it wouldn’t surprise me if Kardashian is still reeling from all that went down with Woods and Thompson. Earlier on in the trailer for the new season, Kardashian can be heard saying, “My family was ruined!” And that alone is enough to know that Kardashian really had her world turned upside down by what happened.

So, it’s easy to see why her latest Instagram post has fans speculating that it’s about Thompson.