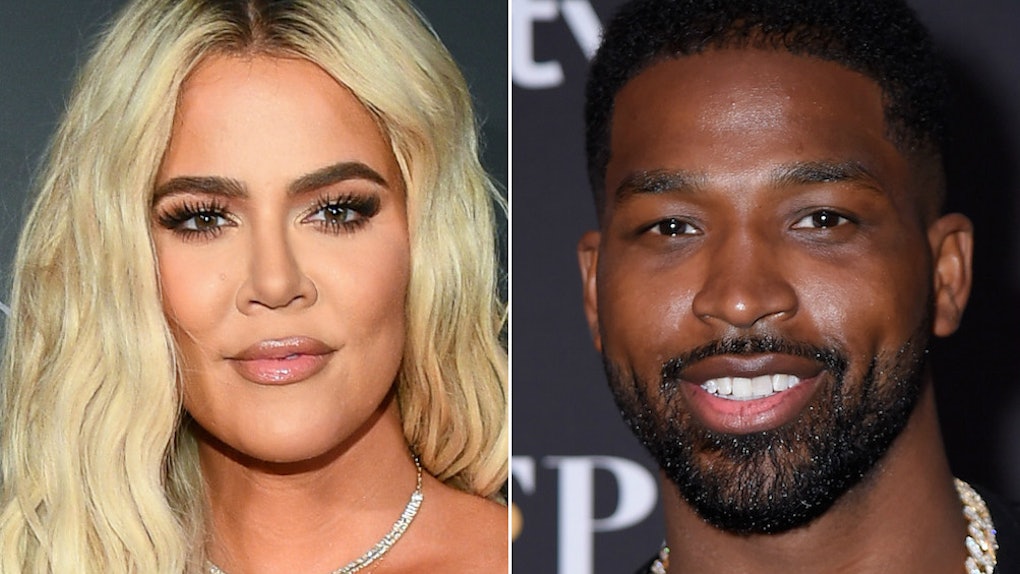 Khloé Kardashian's IG Quote About "Foolish" Love May Be About Tristan

Khloé Kardashian and Tristan Thompson's relationship was good... until it wasn't. The reality star and NBA player are strictly just co-parents now following two cheating scandals Thompson caused. It appears as if she might be feeling a little introspective about that relationship this week, based on one of her inspirational Instagram Stories she's in such a habit of posting. Khloé Kardashian's IG quote about "foolish" love is another post in a long pattern for her, but could she be throwing a little shade at Thompson through it?

Kardashian posts inspirational quotes about life to her Instagram all the time. It's a habit she got into back in April 2018, the first time Thompson caused a cheating scandal. In what seemed to be kind of a coping mechanism, Kardashian started posting quotes about self-love, religion, just about anything she found to have a positive, inspirational message to her Instagram Stories. She'll post them to her grid from time to time, but she mainly sticks to her Stories with this content.

The most recent installation of this series came on Sept. 18, just 10 days after a particularly Thompson-heavy episode of Keeping Up With The Kardashians aired. In the episode, Kardashian threw True Thompson's first birthday party, and begrudgingly invited Thompson. He caused some drama while he was there, leaving Kardashian in tears.

The first quote she posted said, "It makes you look good when you avoid a fight. Only fools love to quarrel." It also says "Proverbs 20:3" underneath the quote. I have literally never read the Bible in my life, so I'm the farthest from an expert on its texts, but that writing seems far too casual to be in the damn Bible. *Googles*

OK, JK. I just Googled it and this is a legit translation from the Contemporary English Version of the Bible. The old-school, King James Version is the stuffy version I expected ("It is honorable for a man to stop striving, since any fool can start a quarrel.") You learn something new every day.

Well, even if Kardashian wasn't intentionally creating some subtext about Thompson with this post, I think it's safe to say she definitely doesn't think Thompson deserves her love.

During the Sept. 8 episode of KUWTK, Kardashian had a hard time allowing Thompson to come to their daughter's first birthday party. She ended up letting him come so True could look back on pictures and see her father there, but the dude literally tried to kiss Kardashian before the party! Honestly, the gall.

The moment wasn't filmed for the show, but Kardashian told her assistant about it the next day, saying the whole off-camera interaction was awkward AF.

“He was just kind of lingering … He was like, ‘So, do you want to grab a glass of wine?'" she said, adding that he tried to kiss her after she gave him an awkward hug.

“I go, ‘This is the problem with you. You can’t just take what you get,'” she continued. “Then this morning he was like, ‘Thank you for letting me see True. She looked great, you looked even better.’ Sometimes I feel like if I give an inch, he’ll take a mile and take my kindness for weakness.”