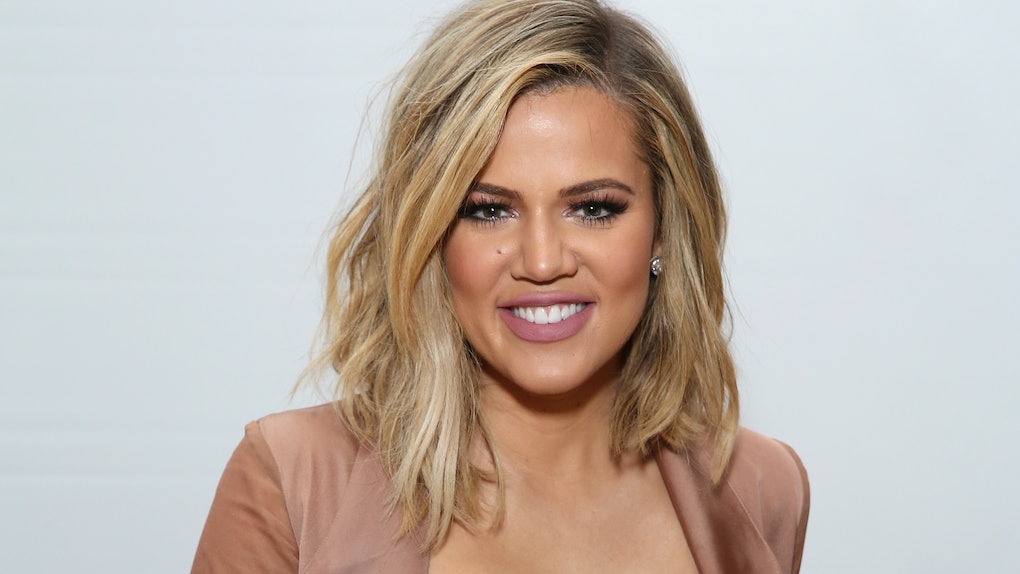 Khloé Kardashian has had one heck of a year. Between the birth of her daughter and her relationship woes with Tristan Thompson, 2018 has been full of ups and downs for the Keeping Up with the Kardashians star. Even with all that’s happened this year, one thing that's remained at the forefront of Kardashian’s life is her daughter, True Thompson. And Khloé Kardashian's 2018 best nine on Instagram definitely highlights that fact.

“Our little girl, True Thompson, has completely stolen our hearts and we are overwhelmed with LOVE,” Kardashian caption the post. “Such a blessing to welcome this angel into the family! Mommy and Daddy loooooove you True!”

The photo included with that caption was equally adorable and showed a room full of pink balloons, clearly in celebration of True’s arrival. Check it out down below:

And then, just a month later, Kardashian shared the world’s first glimpse of baby True. That video of baby True was beyond adorable and gave fans a chance to see what Kardashian is like as a mom! Take a look:

As True has grown, Kardashian has been really open about sharing all her cutest moments on social media. Like this one of True yawning after a little snooze:

And who can forget Kardashian’s August 2018 post of True wearing a crown and showing off a huge smile for the camera:

What was even more adorable about this post was Kardashian’s caption. “You don’t know this yet but you’re my best friend for all eternity!” she wrote, proving that motherhood really does suit her!

And there was also this photo of True’s best Cardi B impression:

All that cuteness aside, though, there was also a really poignant photo in Kardashian’s best nine that showed both her and her younger sister Kylie Jenner showing off their baby bumps.

“Congratulations My Sweet Kylie! What a magical ride it's been!” Kardashian wrote, acknowledging the birth of her niece Stormi Webster. “I'll miss you bumping along with me. Never in a million years did I think we would do this together but it's been that much more special because of it. God is so great!! He had His plan all along! I love you little mama 💕 love big mama.”

The fact that they were both pregnant at the same time clearly meant a lot to Kardashian and she definitely showed that in this post.

All in all, it’s been a very interesting year for Kardashian and the rest of her family. Even though there’s been some tough times, it seems like 2018 was especially good to Kardashian and baby True.