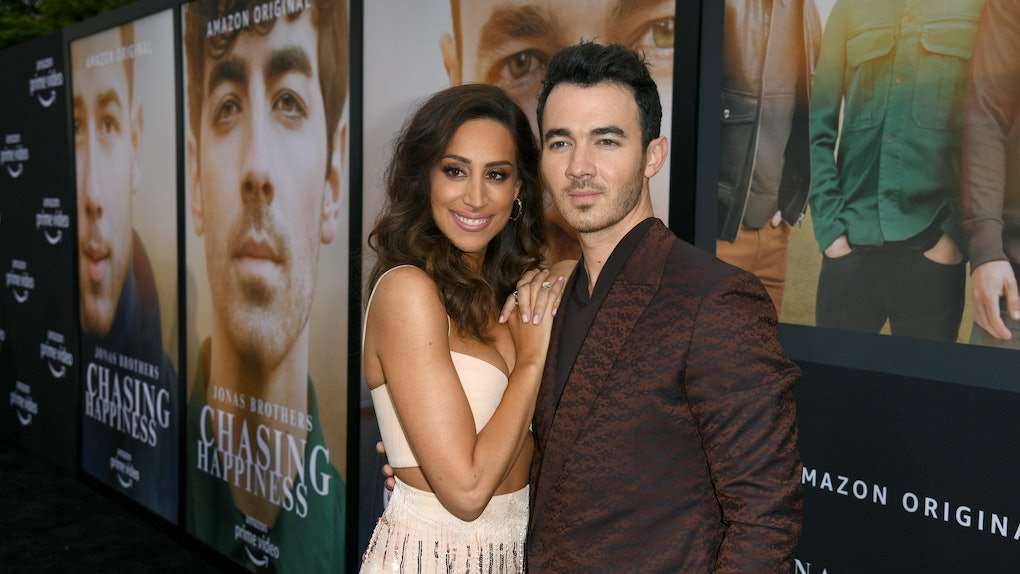 While Nick and Joe Jonas may be taking up most of the spotlight with their recent marriages to Priyanka Chopra and Sophie Turner, respectively, it’s Kevin’s ongoing love story with his wife of nearly 10 years, Danielle Jonas, that really touches my heart. And once you take a look at Kevin and Danielle Jonas' astrological compatibility, you'll really understand why.

While both Kevin and Danielle Jonas hail from New Jersey, the couple didn't actually meet in The Garden State. In fact, they met all the way back in 2007 while they were on vacation, with their families in the Bahamas. According to PEOPLE, Danielle didn't know who the Jonas Brothers were when they met and it was Kevin who pursued her. The couple announced they were engaged in July 2009 after one of Kevin's performances. "It was tough performing last night, knowing that I was going to ask the biggest question in my life to the most amazing girl in the world," he told PEOPLE. They were married that December at the Oheka Castle on Long Island, New York, where the snow from a threatening blizzard created a winter wonderland vibe. In February 2014, the couple welcomed their first daughter, Alena Rose, and in October 2016 they had a second daughter, Valentina Angelina. Aww.

Honestly, they really do seem to have found their soulmates in one another, and when you add their astrological compatibility to the mix, it makes even more sense. Kevin was born November 5, under the sign of Scorpio, and Danielle's birthday is September 18, making her a Virgo. While you might not assume that a highly emotional water sign and a super practical earth sign would make a good match, these two are actually able to bring the best out in one another. Here's what we can surmise about Kevin and Danielle's relationship, based on their zodiac signs.

They have a strong emotional connection.

Virgos on their own tend to be very critical and overly analytical, but this comes from a place of powerful emotions — something Scorpio understands innately. While Scorpio behaves like a fire sign, they are in fact a water sign, and thus everything they do comes from a place of deep emotion. Because they share that fundamental understanding, these are two signs that truly get one another on an instinctual level. This connection creates a powerful bond, because they feel truly seen for the first time. This is what finding a soulmate looks and feels like.

They are truly able to trust one another.

Truly being able to trust their partner can make or break a relationship for Scorpio. They tend to struggle with jealousy, and once they see a reason to justify those feelings, it's hard for them to get out of their head. Fortunately, Virgo is one of the most loyal and steadfast signs in the zodiac, so they are able to offer Scorpio the kind of security they've always craved. As a result, Scorpio can open up their heart and show the warmth and true affection that hides beneath their shell in a way that few other signs can really access.

Falling in love young was the best thing that could have happened to their sex lives.

Some people may think getting married as young as Kevin and Danielle did (he was 22 years old and she was 23 when they walked down the aisle) is risky. After all, as people we continue to grow and evolve over time, and growing apart is a possibility. For these two signs, however, taking the plunge early is actually a positive thing, especially when it comes to their sex life. By settling down with their first big loves, these signs have a lot less baggage to overcome when it comes to opening up and building intimacy. They are both able to feel emotionally safe and secure in a way that allows Virgo to let go and be fully free sexually, and for Scorpio to truly be emotionally connected during sex. It’s a rare and special bond for these signs. Again, this is soulmate-level stuff.

What else is there to say about these two? They have found a true partnership together, if the stars are to be believed. I'm definitely a sucker for this love story.