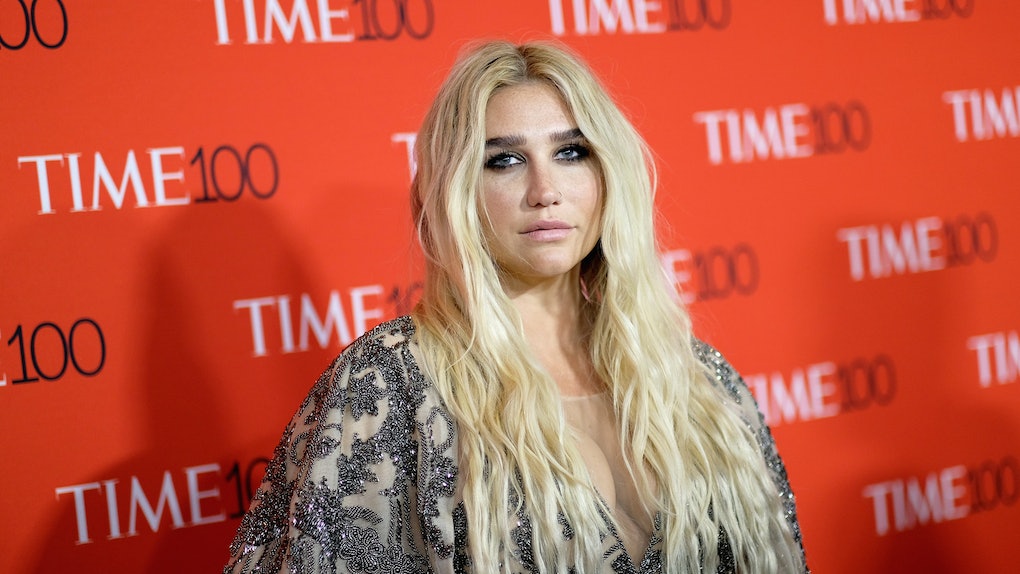 Folks, I am totally crying over here because I just watched Kesha's new music video. She's back, and in a big way. In partnership with the United We Dream organization, Kesha's "Hymn" music video stands with Dreamers, and it's honestly just so beautiful. Seriously, it's an emotional journey, so get the tissues ready.

On Thursday, May 31, Kesha released the music video for her track "Hymn" off her 2017 album Rainbow. It starts off with her in the backseat of a convertible and cuts to some beautifully shot clips of teens in their homes . By the end of the video, the teens have left their houses and have joined her in the middle of the road under the light of her high-beams.

If you listen, the words in "Hymn" are really an inspiration for these Dreamers, the name given to undocumented immigrants brought to the United States as children. Until now, those young immigrants have been protected by the Obama-era Deferred Action for Childhood Arrivals (DACA) program, which protected undocumented young people from deportation as well as allowed them to work and go to school. But their status is up in the air under President Donald Trump, and now this song serves as beautiful anthem for them.

The song starts off, "Even the stars and the moon don't shine quite like we do. Dreamers searchin' for the truth. Go on, read about us in the news." And it just gets better from there.

Here's the music video, so you can see how beautiful it really is:

In a May 31 Instagram post, Kesha explained the story behind the music video. The pop singer wrote that she met Cristina Jiménez, co-founder of immigrant youth organization United We Dream, at the Time 100 Gala in April 2018. Jiménez and United We Dream work to empower young immigrants, with programs to defend against deportation, promote educational opportunities for immigrants, and support LGBTQ+ immigrants.

According to her post, Kesha found it so inspiring she wanted to help. "I was so moved by what she her team are doing to empower immigrant youth in our country," wrote Kesha. In her post she said she was partnering with the organization and urged her fans to donate money or their time to learn about DACA.

In September 2017, Trump announced that his administration would be ending DACA, which leaves the legal status of some 800,000 Dreamers hanging in the balance. The program was slated to officially end in March of 2018, but as of April 24, Judge John D. Bates of Federal District Court for the District of Columbia ruled that protections for Dreamers must remain intact and the administration must continue to accept new applicants, according to The New York Times. However, Bates stayed his decision for 90 days, giving the Department of Homeland Security the opportunity to make a strong case for nixing the program. So there's still time, but the Dreamers are still in danger.

Kesha added in her Instagram post that the Dreamers are not just a number on the news, that each of them is a human being, and the lives they've built are in danger of being ripped away from them because with DACA repealed they face deportation. Therefore, Kesha explained, that she dedicated "Hymn" to them. She wrote,

At my shows, I dedicate my song ‘Hymn’ to DREAMers because I don’t believe that people who came to this country as children should be punished by potentially having their families torn apart if they haven’t done anything wrong. Unfortunately, these young people are immediately at risk of losing their access to higher education, lawful employment, and relief from deportation.

We still don't know what the future holds for DACA recipients. In the meantime, though, we can look to people like Jiménez who are fighting the good fight, and people like Kesha who are using their platforms to support them. It's something.