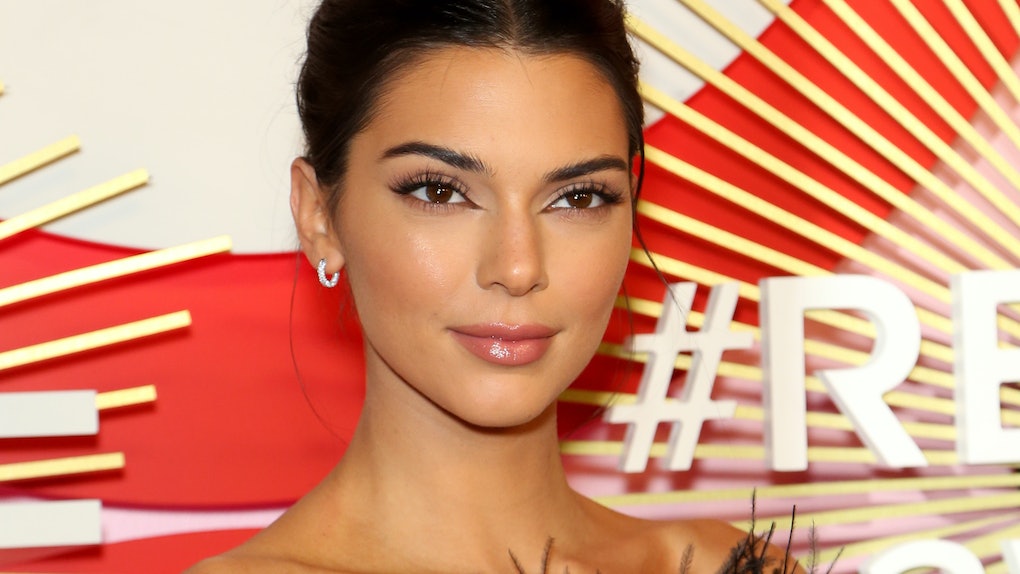 It's that magical time of year, guys. It's time to throw on your favorite pair of PJs, start a pot of tea, snuggle into your couch, and scroll aimlessly through your favorite celebrity Best Nine Instagram collages. I like to start at "the beginning," which is, of course, with the Kardashian family. Let's take sister Kenny, for example. Kendall Jenner's 2018 Best Nine shows her doing what she does best — being a supermodel and hanging out with her little sis, Kylie.

If you're unfamiliar, Best Nine is simply your top nine Instagram photos over the past year with the most likes gathered into a collage for you to reflect on. Basically, it's a big popularity contest for your pictures. I'm sure there are plenty of studies to be done on what usually garners the most likes (selfies vs. group shots, etc.) but in Kendall Jenner's case, two things clearly dominated: pictures with her sister Kylie and pictures where she looked particularly model-y. In fact, six of Kenny's photos were solo shots and the other three had Kylie in them. The rest of her famous family is nowhere to be found.

Feast your eyes on this gorgeous Kendall collection.

Let's see, where should we start? Do you guys want to talk about the makeup mirror reflecting her nude torso, the way she pumps gas with so much style, or where she got that sun hat first? I think I want to talk about the truly alarmingly bright whiteness of both her and Kylie's teeth in the top left corner. I know they're famous celebrities who get lots of product endorsements and probably literally whiten their teeth on a nightly basis in their sleep, but still. That sh*t is impressive.

Off the top of my head, I suspect the one of Kylie and Kendall hugging has something to do with Kim Kardashian's cherry blossom-themed baby shower for her third daughter, Chicago, but that's based solely on the wallpaper behind them. The one with the aforementioned sun hat is recent and came with the caption, "all my siblings posting their babies and sh*t and i’m just like..." Lol. Truth. And, the picture of Kylie with blonde hair in the bottom left corner was shared on Oct. 29, with the caption, "you’re tiny and cute, ok?"

All of these pictures have millions of likes, leaving Kendall with an impressive total for the whole year. In 2018, she posted 181 pics and received a staggering total of 531,792,453 likes as of Dec. 19. That's roughly three million likes per image. For reference, I shared a total of 77 posts in 2018 and received a total of 7,061 likes. Sure, I got married and over half of my pictures were wedding-themed, which probably helped me out some, but still. You guys see where I'm going with this.

I imagine Jenner could easily hit 600,000,000 likes before the year is truly over if she shares lots of stuff from her family's Christmas and New Year's Eve. (Psst: That's a hint, Kenny.)