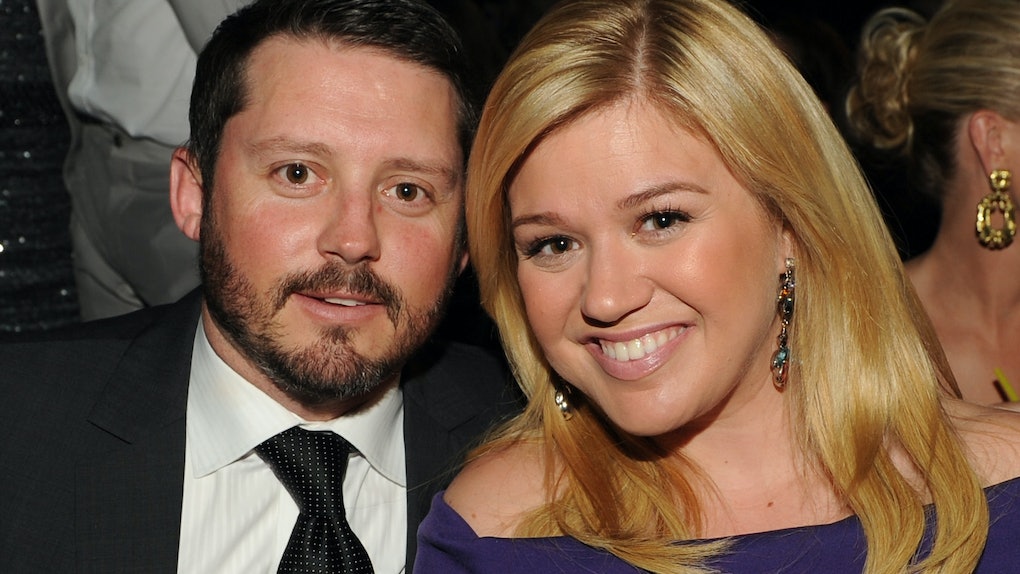 Here I am, once again. I'm torn into pieces. Can't deny it, can't pretend. Just thought Brandon Blackstock was the one. On June 11, Us Weekly broke the news that Kelly Clarkson reportedly filed for divorce from her talent manager hubby after nearly seven years of marriage, and I've been broken up deep inside ever since. While I don't know for sure what caused the split (or even if they did actually break up), I must admit that — as cute as they were together — Kelly Clarkson and Brandon Blackstock's zodiac signs were not exactly an ideal match. (Elite Daily previously reached out to reps for both Clarkson and Blackstock but didn't hear back in time for publication.)

Clarkson was born on April 24, which makes her a dependable, down-to-earth Taurus. Blackstock's birthday falls on Dec. 16, making him a free-spirited Sagittarius. To say that the bulls and the archers of the zodiac don't exactly see eye-to-eye would be an understatement. While a Taurus is all about hanging out, settling down, and planning ahead, Sags rarely sit still for a minute. Unlike Taureans, who are all about monogamy, commitment is a Saggie's worst nightmare — which usually makes a Taurus-Sagittarius relationship a beautiful disaster.

Clarkson may be Miss Independent, but like most Taureans, family is everything to the singer. "I've accomplished a lot, but I guess the biggest success I want is that whenever I die people will say, 'She was so successful as a mother and as a wife.' That's kind of a big goal," she said in People's March 2015 cover issue. For bulls, communication and routine are the glue that holds relationships together. "We have a great team. I know we're going to be great parents," Clarkson said of her hubs during an Oct. 2017 interview with USA Today. "We were really adamant — our kids go to bed at a certain time every night, and then it's our time." Total Taurus move right there.

Taureans don't hook up, y'all — they fall deep. "I had a very high bar if I was going to date someone, because I have a great life," Clarkson said of her single life during a 2016 appearance on The View. "And I'm like, if I'm going to add someone to it, you're going to have to bring something. But [Brandon's] amazing." Once she found her person, the singer was all in. "I've never been truly loved like I am right now,” she confessed in the Feb. 2013 issue of Cosmopolitan. "Brandon's totally The One. I've never been so happy." They may be stubborn and level-headed, but no one loves to be in love quite as much as a Taurus.

Taureans like to know what's coming next, but Sags are all about adventure. "He loves spontaneity," Clarkson said of Blackstock in Redbook's Dec. 2015 cover story. Archers also hate to be tied down, as it keeps them from living their happy-go-lucky lives to the fullest. While The Voice judge has expressed a desire to expand their family of six, Blackstock is apparently not on the same page. "I so want another child, and my husband is like, 'No! We have four!'" Clarkson confessed to Gordon Ramsay after the celebrity chef's son, Oscar, made a cameo during their May 2020 interview.

However, if there's one thing that Taureans and Sagittarians can agree on, it's that they value their independence. "Brandon is not my other half. He's a whole and I'm a whole," she told Redbook during her 2015 interview. "I've never believed in someone taking care of me, and that's probably because I grew up poor and without a lot of family stability." If Clarkson and Blackstock did actually decide to go their separate ways, I hope their shared independence and strength will allow them both to flourish on their own.