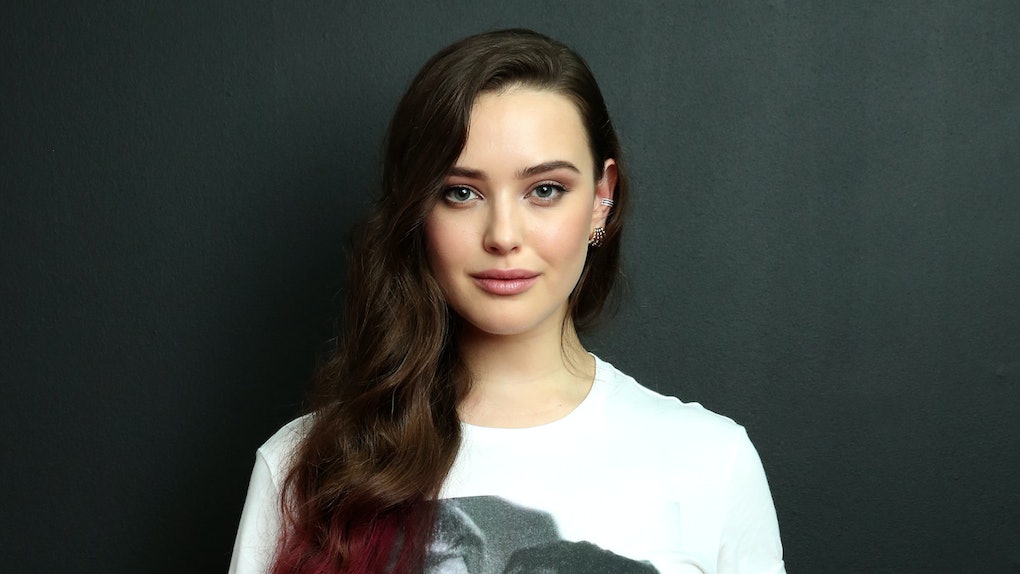 Katherine Langford Was Cast As Morgan Stark In 'Avengers: Endgame,' Here's Why She Was Cut

Avengers: Endgame brought closure to a bunch of the questions that have been plaguing Marvel fans since last year's Avengers: Infinity War, but there was still one mystery that the new movie had teased but then surprisingly not followed through on. 13 Reasons Why star Katherine Langford was announced as part of Endgame's cast in a mystery role last year, but fans left the theater without a glimpse of her. So, what happened? We finally know that Katherine Langford was cast as Morgan Stark in Avengers: Endgame, and the movie's directors also recently revealed why Langford's scenes were cut from the final version.

Spoiler alert: This post contains spoilers from Avengers: Endgame. After Katherine Langford's casting was announced last fall, Marvel fans were quick to put together theories on who she might be playing. And it turns out, one of the most popular fan theories was right: Langford was set to appear as Tony Stark and Pepper Potts' daughter Morgan Stark. Of course, Morgan actually does appear in the movie as a young girl played by Lexi Rabe, but Langford was meant to play an older version of Morgan that Tony sees through mystical means.

Avengers: Endgame directors Joe and Anthony Russo revealed the truth about Katherine Langford's mysterious role on a recent episode of MTV's Happy Sad Confused podcast. They said that Langford's scene as an older Morgan Stark was meant to mirror an iconic Thanos and Gamora scene from Infinity War. At the end of that movie, Thanos is briefly transported to a metaphysical realm after using the Infinity Stones, and there he reunites with Gamora as a little girl. Similarly, Tony Stark was meant to also enter this metaphysical realm after using the Infinity Stones to stop Thanos in Endgame, where he was supposed to be reunited with Morgan as an adult.

It certainly would have been a hugely emotional scene, but it wound up being too confusing for test audiences, since Katherine Langford had never been introduced in the movie's universe before this point:

There was an idea that Tony was going to go into the metaphysical way station that Thanos goes in when he snapped his fingers, and there was going to be a future version of his daughter in that way station. We showed it to a test audience and it was really confusing for them ... We didn't feel an emotional association with the adult version of his daughter. It wasn't ringing to us. It wasn't resonating to us on an emotional level is why we moved away from it.

Since the movie was already long and complicated enough, the Russos decided to cut the adult Morgan Stark scene and make Tony's death less confusing. Unfortunately, this also means that Katherine Langford was completely cut from the movie, but there could still be some hope that she could return as Morgan Stark in future movies. After all, time travel is officially canon in the MCU now, plus fans are wondering if someone else might take Tony's place as Iron Man now that he's gone, and Morgan could be a prime candidate. We will just have to see if Langford gets another opportunity to enter the Marvel universe.