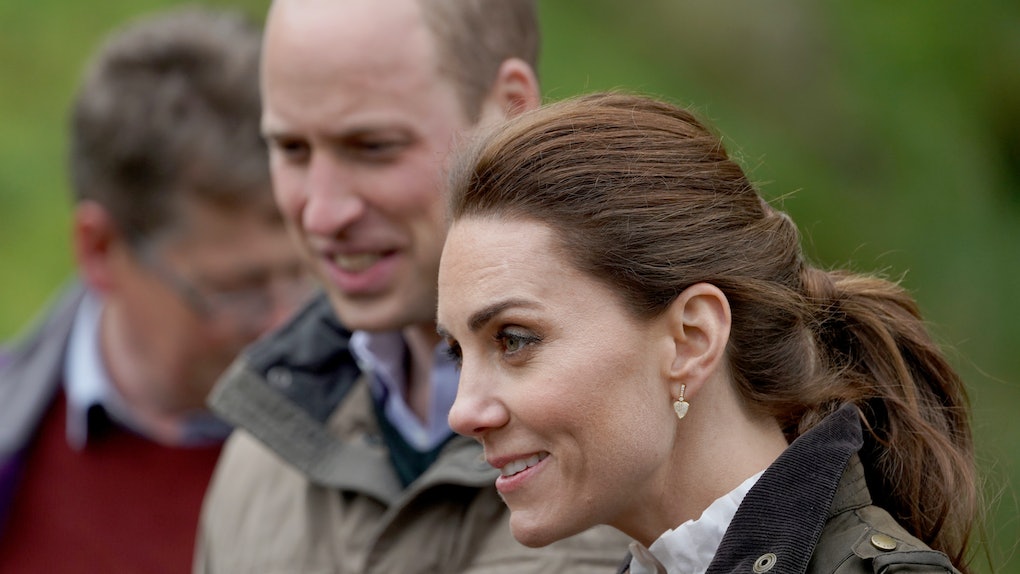 Whether or not they're true, hearing rumors that your partner cheated is never easy. Even if you're a royal. Kate Middleton's reported reaction to rumors Prince William cheated with Rose Hanbury, the Marchioness of Cholmondeley, shows that she was reportedly not pleased by hearing all of that nasty speculation. That being said, she reportedly handled the scandal like any royal would: tactfully and behind closed doors.

“Kate finds the rumors hurtful, obviously, and hates the thought that one day her children will be able to read about them online,” a "Middleton family friend" told Us Weekly on June 12. And it reportedly wasn't just Kate who was affected by the rumors. “It forced her and William to sit back and examine their relationship, which they realized they should have been doing more often,” the source continued to Us Weekly. The two are reportedly now doing some major soul-searching and reportedly are hoping to make some serious improvements to their relationship. The affair rumors reportedly “didn’t go down well with Kate,” a second source told Us Weekly, adding that she and William are “determined to pull through it and are doing a great job at getting their marriage back on track again.” (Elite Daily reached out to representatives for the Duke and Duchess of Cambridge for comment on these insights and did not hear back in time for publication.)

TBH, if you ask me, that reaction is a sign they really are as strong of a couple as they seem to be. Rather than allowing speculation about a rumored rough patch to put stress on their relationship, they reportedly allowed it to serve as an opportunity to grow together. No relationship is going to be immune from rough patches, especially after being married for almost a decade like they have. It's all about how you react to the rough patches.

“It’s not unusual to have a few hiccups in a marriage, especially after eight years, and Kate and William are no different,” the second insider says of the couple, who have been married since 2011. “They’re still going strong. Regardless of their ups and downs, they love each other dearly and their kids are the most important thing in their lives.” Needless to say for any true fans of the couple, the source is referencing their three children: Prince George, 5, Princess Charlotte, 4, and Prince Louis, 13 months.

The rumors began in March, when The Sun reported that Kate had a falling out with Rose, who was reportedly a longtime friend and fellow member of an elite British social group called the "Turnip Toffs" (unreal names, I know). “It is well known that Kate and Rose have had a terrible falling out," a source reportedly told The Sun. "They used to be close but that is not the case any more. William wants to play peacemaker so the two couples can remain friends, given they live so close to each other and share many mutual friends. But Kate has been clear that she doesn’t want to see them any more and wants William to phase them out, despite their social status.”

Both Kate and Rose were reportedly really unhappy with the story. Richard Kay of The Daily Mail wrote that the rumors were "false" and that "both sides have considered legal action but, because none of the reports have been able to offer any evidence about what the so-called dispute is about, they have chosen to ignore it."

Whether or not they were really true or false, it sounds as though the royals are reportedly in a good place now. And that's all we can hope for.