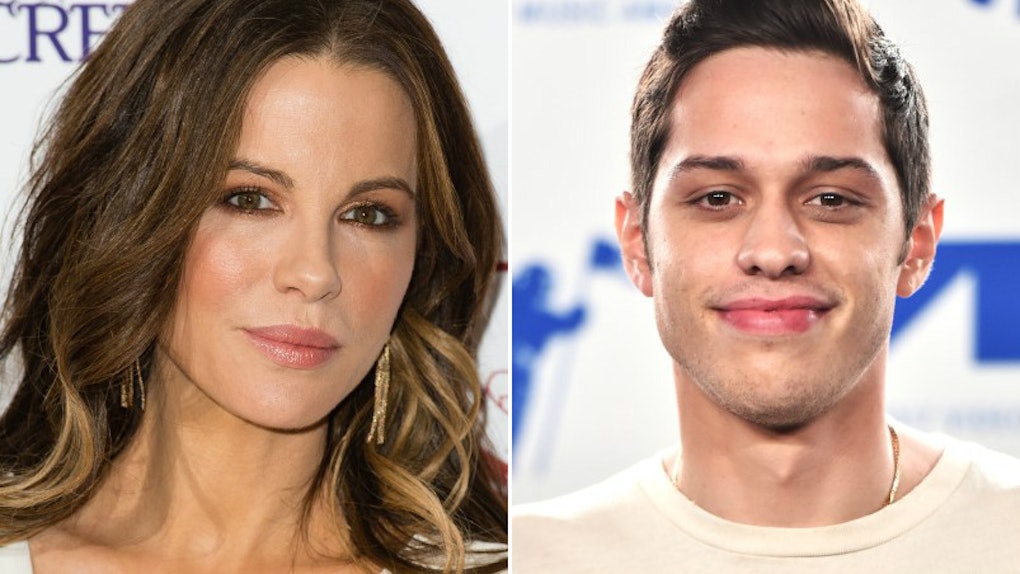 Kate Beckinsale isn’t afraid to defend herself or her dating choices. In the comments section of one of her recent Instagram posts, Beckinsale replied to a fan who had some negative words for the actress about who she chooses to date. In this case, the man the hater would be referring to is Pete Davidson, whom the actress is rumored to be dating at the moment. Kate Beckinsale’s response to a hater criticizing her dating choices will probably make you laugh.

So, here’s what happened: Beckinsale recently shared a photo on Instagram and a fan, who apparently dislikes the idea of the 41-year-old actress possibly dating 25-year-old Davidson, posted a comment that Beckinsale didn’t like.

“Disappointed in your dating choices,” the fan wrote.

Beckinsale, of course, jumped at the opportunity to respond to the fan’s criticisms and wrote, “Fairly let down by your wonky beard but thought possibly rude to say.”

And that, folks, is exactly how you handle a troll. Beckinsale is clearly not interested in entertaining the negative thoughts and comments of random people on the internet. So, I guess the best way to deal with it all is to give them a taste of their own medicine. In this instance, I’d say it was probably warranted since Beckinsale’s dating choices are no one’s business but her own!

As for what that particular fan was up in arms about, well, it appears that Beckinsale being linked to Davidson in recent days is a big deal. And I suppose it is given how unlikely a match the two stars seem to be. But that is, by no means, any reason to actually verbalize disappointment with Beckinsale. On top of that, it seems like Beckinsale and Davidson get along just fine.

"They spend most of their time on opposite coasts so it's a casual thing," a source explained to E! News. "But they are going to keep talking and having fun together."

So, things are still casual and the two stars are going at their own pace, which is great to hear! It also demonstrates how cautious they both are in terms of entering new relationships, which is the mature thing to do, in my opinion. Despite all that, though, E! News’ source also revealed that "Kate thinks he's the sweetest and nicest guy."

One thing that Beckinsale and Davidson reportedly bond over is humor, at least according to E! News’ source. "They may seem like an unlikely match but she thinks he's great and she just loves all the laughs she has with him," the source said.

So, is any of that really anything to be disappointed about? I doubt it. As long as Beckinsale and Davidson are happy and comfortable with their arrangement, then nothing else matters. In any case, it seems like Beckinsale is willing to go to bat for Davidson and whatever that relationship may mean to her, which is admirable! Go, Kate!

More like this
Heather Martin's Response To Rumors She's Dating Matt James Is Clear
By Corinne Sullivan
Are Olivia Lux & Utica Dating After 'Drag Race'? Olivia Gave An Update
By Dylan Kickham
Clare Crawley Clapped Back At A Troll Who Said Dale Moss Should Dump Her
By Candice Jalili
Stay up to date