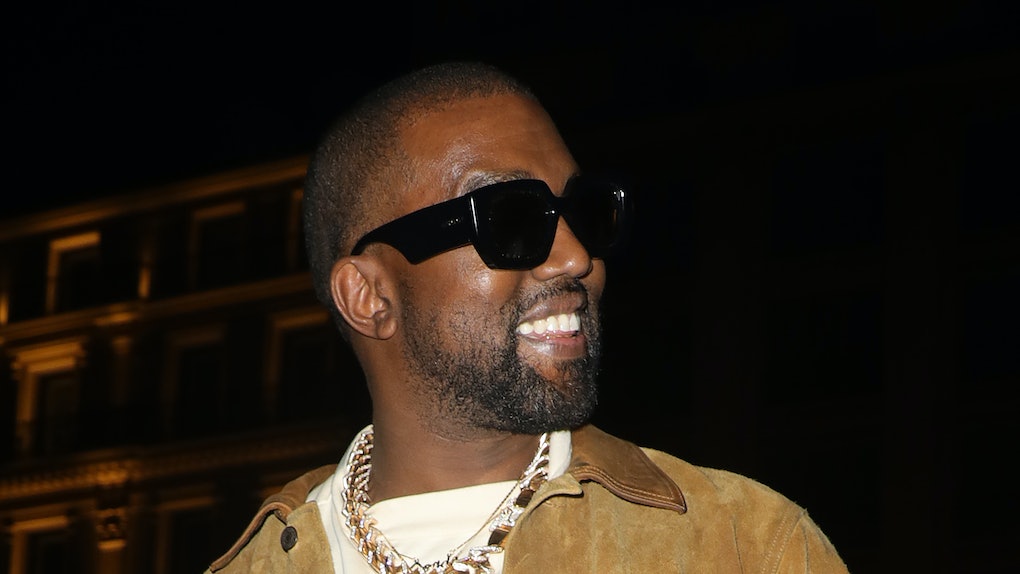 Kanye West's 'God's Country': Everything To Know About His New Album

It's Yeezy season once again. Kanye West is preparing to release a new album and he gave fans a glimpse at what they can expect on June 29. He took to Twitter sharing the project's official title, God's Country, while also sharing a unique set of visuals from artist Arthur Jafa. Judging by what we know so far, Kanye West's God's Country album will be unlike anything he's released before.

In a string of tweets, West indicated that the lead single from the album would be titled "Wash Us in the Blood." As promised, the song and video arrived right on schedule at 10 am on June 30, and fans are loving the visual for its powerful message about racial tensions in America.

A new record from West will mark his first new music since 2019’s Jesus Is King and Jesus Is Born. West turned to a gospel-inspired sound with both records, and it sounds like he's keeping that momentum going with the release of God's Country. Prior to the release of Jesus Is King, the rapper's last full-length solo album ye arrived in 2018. And while West dropped his latest album news seemingly out of nowhere, here's what we know so far about the impending release.

As of June 30, West had yet to announce a release date for his album. That being said, maybe he's taking time to fine tune the details. He's been known in the past to delay albums just hours before their release.

God's Country Lead Single: "Wash Us in the Blood"

“Wash Us in the Blood” is the first single off God's Country and arrived on June 30. Much to fans' surprise, the song also featured Travis Scott, and received a politically-charged video depicting recent protests in America against racial injustice. You can watch the full music video below.

While the official tracklist hasn't dropped just yet, it's safe to presume God's Country will be one lengthy album. According to GQ reporter Will Welch, who spent several days with West in January, the rapper played him "various versions of new songs from a playlist of 54 tracks." So, it sounds like West has a lot of new material to choose from. The reporter added that all the songs he heard were worship songs.

Pre-order has yet to open for the album, but fans can head to West's site to order "Wash Us in the Blood" on vinyl cassette or CD.

West's last album was available for pre-order on vinyl, CD, and digital download, so fans should keep an eye on his official site for details.