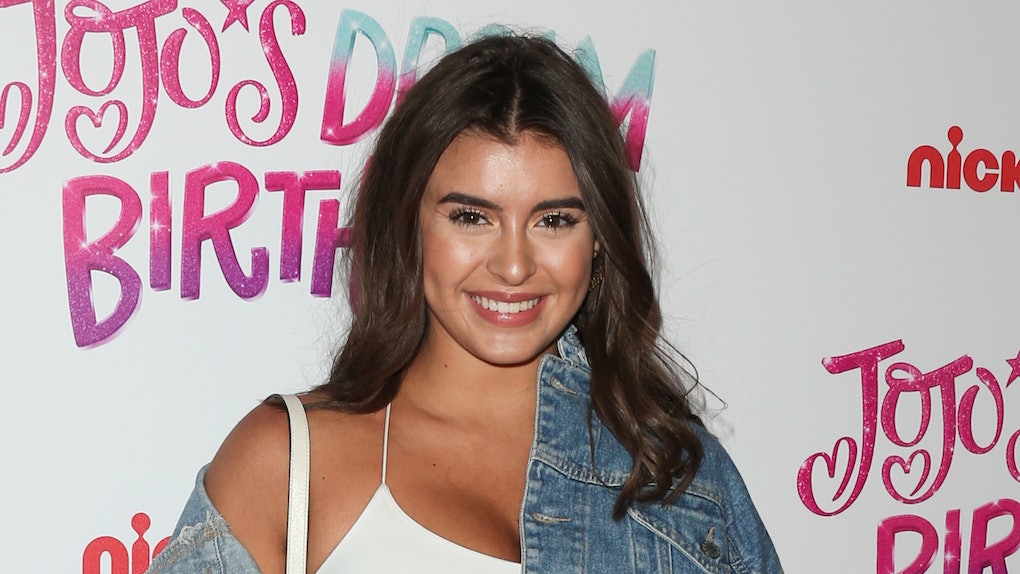 The 2020 presidential election brought out the vocal sides of hundreds of celebrities, even those who often remain primarily private on social media. The Dance Moms cast was no different, with many of the teenagers speaking out about the importance of voting, and their plans to cast their first-ever ballots. On Tuesday, Nov. 3, it was Kalani Hilliker's tweet endorsing Trump that had fans of the show in an uproar.

Hilliker waited until Election Day between Donald Trump and Joe Biden to reveal who she planned to vote for, and her endorsement didn't sit well with many of her 373,000 followers. "No matter who you’re voting for use your voice and vote!!! It’s your right!!!" Hilliker tweeted, which seemed innocent enough, until she added the hashtag, "#Trump202020."

If that wasn't enough to set fans off, people were quick to notice that Kendall Vertes of Dance Moms retweeted Hilliker's post, assuming that means she agrees with her political beliefs. Twitter users then began to slam Vertes and Hilliker, and compare them to their costar Maddie Ziegler and Nia Sioux, who have been outspoken supporters of democratic candidate Joe Biden.

"No wonder you were always at the bottom of the pyramid and why you never got any solos," one follower wrote. YouTube star Daisy Marquez tweeted: "Yikes. You were a lovely friend but after this tweet I will no longer associate myself with you."

Scroll down to find out what else fans had to say.

Hilliker seemingly didn't let the backlash bother her, tweeting later on Tuesday: "At the end of the day we all need to come together as Americans no matter who wins."

Ziegler didn't respond to Hilliker's tweet, and instead focused her energy on her own political beliefs, sharing an Instagram Story with. GIF that said "I Voted For Joe."

In the end, everyone is entitled to their own political opinions, but it's clear fans of Dance Moms weren't too happy with Hilliker's.