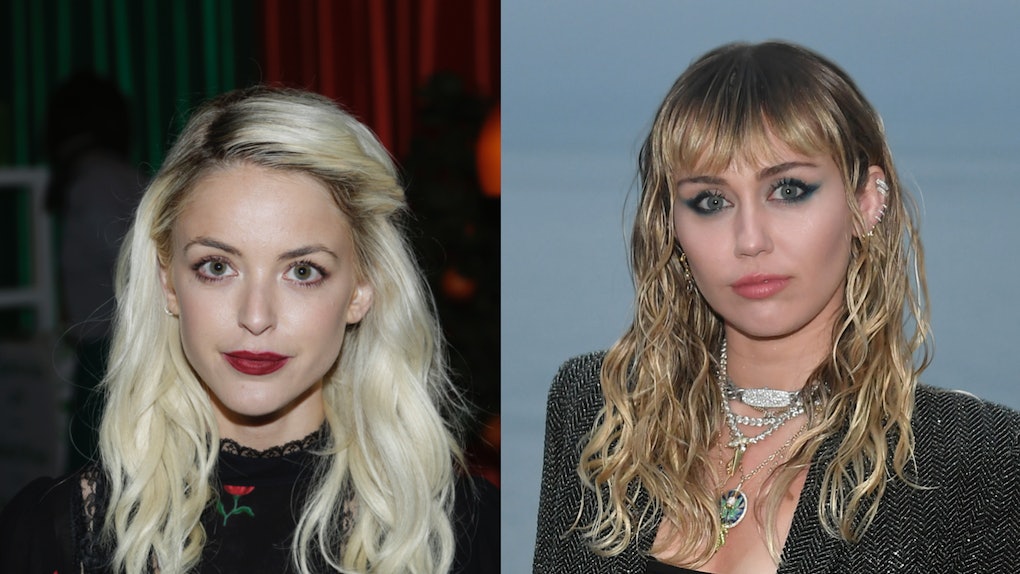 While neither of them have either confirmed or denied their rumored romance, Kaitlynn Carter liked an Instagram comment about her and Miley Cyrus that drops some major hints about their relationship status. According to People, the comment Carter 'liked' on Instagram was made by a user named Victoria, a Cyrus super fan. “Just wanted to let you know that you don’t deserve all this hate from people who claim to be Miley’s ‘fans’!,” she wrote. “You and Miley have every right to do whatever you want! If you make Miley happy then I like you! Miley’s happiness and mental health is all that matters to me!”

For those of you who don't even know what the heck Cyrus' fan is talking about, let me give you a little bit of a refresher. Anyone who follows both Carter and Cyrus on Instagram knows that the two took a fabulous vacation to Italy after Carter's split from Brody Jenner. Then, on Aug. 10, things took a turn when a picture, shared exclusively with Entertainment Tonight featured the two newly women reportedly making out; as that story broke, a rep for Cyrus released a statement about her breakup with Liam Hemsworth.

"Liam and Miley have agreed to separate at this time. Ever-evolving, changing as partners and individuals, they have decided this is what’s best while they both focus on themselves and careers," the rep told People. "They still remain dedicated parents to all of their animals they share while lovingly taking this time apart. Please respect their process and privacy."

While Cyrus' fan is cool with the rumors that the two ladies might be seeing each other, Carter's ex Jenner is not so much. In an exchange caught by none other than Comments By Celebs, Jenner's The Hills co-star Brandon Thomas Lee wrote on his picture saying, "let's round this scandal out and post a pic of us making out." To this, Jenner responded, "watch out! Pics of Liam and I holding hands on the beach coming soon." Cyrus was not here for the exchange and chimed in to respond to Jenner's comment by telling him to "go take a nap in your truck and cool off."

I don't know about you, but I'm with the person who wrote the Instagram comment that Carter 'liked.' Being a fan of anyone involved here means you want them to be happy. It's that simple!